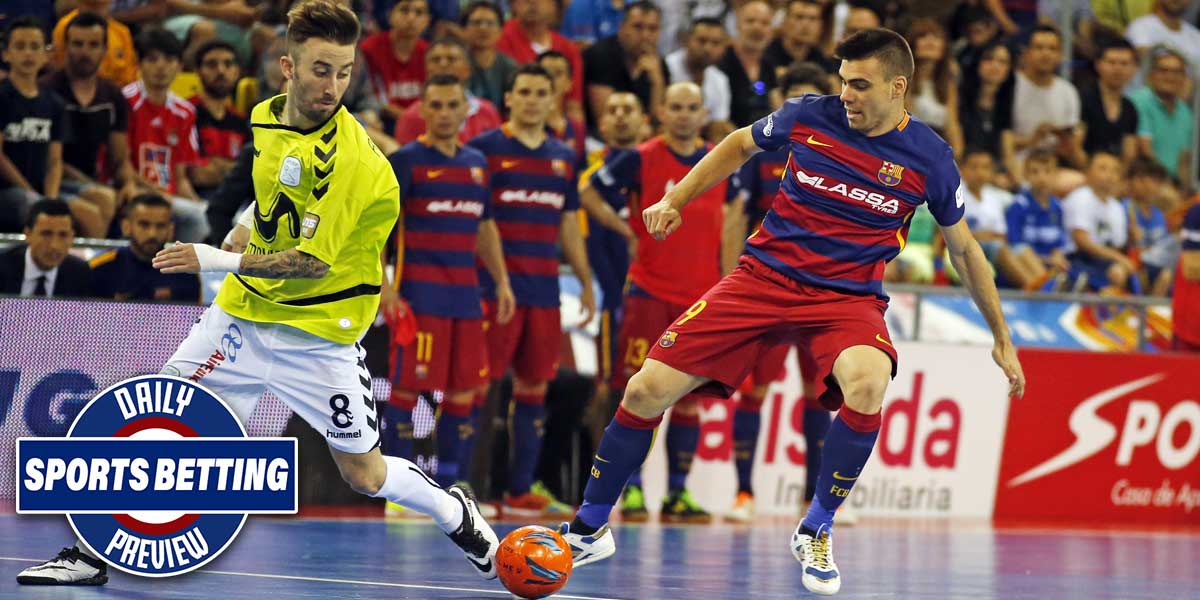 TALLAHASSEE, Fla. – Friday brings an excellent day of betting on sports, as various sports come into the limelight. After an expected Thursday Night Football result, bettors should have extra funds in their sports betting account to lay on some international small market sporting events.

The entire afternoon brings opportunities for betting, as Danish handball kicks off the daily sports betting preview. Other sports such as snooker, rugby, futsal, and MMA give bettors options to make more money throughout the entire night.

While not all of these sports must be wagered on, they still give bettors some action for the second Friday of December.

Bettors are presented with odds on the Denmarke Herre Handbold Ligaen from many US sportsbooks. While three matches are being played this afternoon, the main focus should be on the 1 p.m. EST matchup between Sonderjyske Elite and KIF Kolding.

Sonderjyske (-205) has lost their last three matches but the play of Kolding (+165) has not been much better. While they are also on a three-game skid, Sonderjyske still is skated in the promotion stage while Kolding is not.

As Sonderjyske has won the last four meetings against Kolding, expect to see a similar result this afternoon. If the moneyline seems too expensive, consider taking Sonderjyske on the spread. Sonderjyske (-1.5, -110) is a much cheaper option and has covered this mark in their last three meetings against this opponent.

In Scotland, snooker has taken the main stage, as a 2 p.m. EST showdown between Thepchaiya Un Nooh and Jack Lisowski takes place. This  quarterfinals meeting between the two gives no true favorite, as both athletes are listed at standard -110 odds to win.

With Lisowski ranked 14th in the world and Un-Nooh ranked 21st, there is no real advantage to either player. Still, these two can look back to their 2014 meeting – their only one in their history – to where Lisowski won 5-0. Again, this was back in 2014 at the German Masters and it only was only an opening-round showdown.

With higher stakes on the line, nobody would be surprised to see Un-Nooh even the series today.

Rugby is a sport that is loved all over the world, and this Round 4 matchup between Section Paloise and Cardiff Blues should be entertaining, to say the least. Paloise (-1, EVEN) is given a slight advantage for the game, but bettors might look to play a different card here.

As Cardiff (EVEN) and Paloise (-120) provide no incentive on the moneyline, bettors could look to pick this matchup to end in a draw (+1800).

While that may not be the likeliest of circumstances, the payout can’t be ignored. However, if you're one to play the lines, bettors should look to put action on the Cardiff Blues, who have won their last four meetings against Paloise dating back to 2016.

This showdown begins at 3 p.m. EST and bettors are also able to live bet on rugby if their online sportsbook offers the ability.

The sport of futsal has taken off in recent years and sportsbooks are now offering betting lines almost every day on the action it seems. In the Spanish league, a matchup between the top-seeded Barcelona (-150) and fourth-seeded FS Valdepenas (+300) takes place at 3 p.m. EST.

Barcelona is outscoring every opponent in the league, as their 62 goals on the year are nowhere near being touched by any other team. In fact, they have scored so many goals that the second-highest scoring team is almost 20 goals less than that of Barcelona.

Winning 10 of the dozen matches they have played, there is no reason to bet against Barcelona despite the recent success of Valdepenas. The squad is on a three-game win streak and has only lost once over their last nine matches.

Yet, with Barcelona holding the 2-0 all-time lead over Valdepenas, the smart money will be on the most popular club in Spain.

MMA is one of the sports that bettors love to take action on. While many years of past results have tarnished the sanctity of the sport for some, others have found plenty of opportunities to make a quick buck betting on fighters.

This Hispanic targeted series features some of the best unknown fighters in the world, and two of them are facing off at 9 p.m. EST.

Horacio “The Punisher” Gutierrez is a featherweight that nobody wants to take a punch from. Winning eight of his 11 bouts as a professional, Gutierrez (-175) has seen six of his matches end in the first round.

His opponent, Luis Marlon Gonzales Campos (+145) is a little more experienced as a lightweight, having a 15-win, 4-loss, and 2-draw record. Gonzales or “Fortaleza” generally gets his opponents to feel the defeat after the end of the time, leaving the choice in the hands of the judges.

However, with the aggressive nature of Gutierrez, bettors may consider taking “The Punisher” straight up. If this puts bettors on shaky ground, the next best bet would be on the 2.5-round under (EVEN).