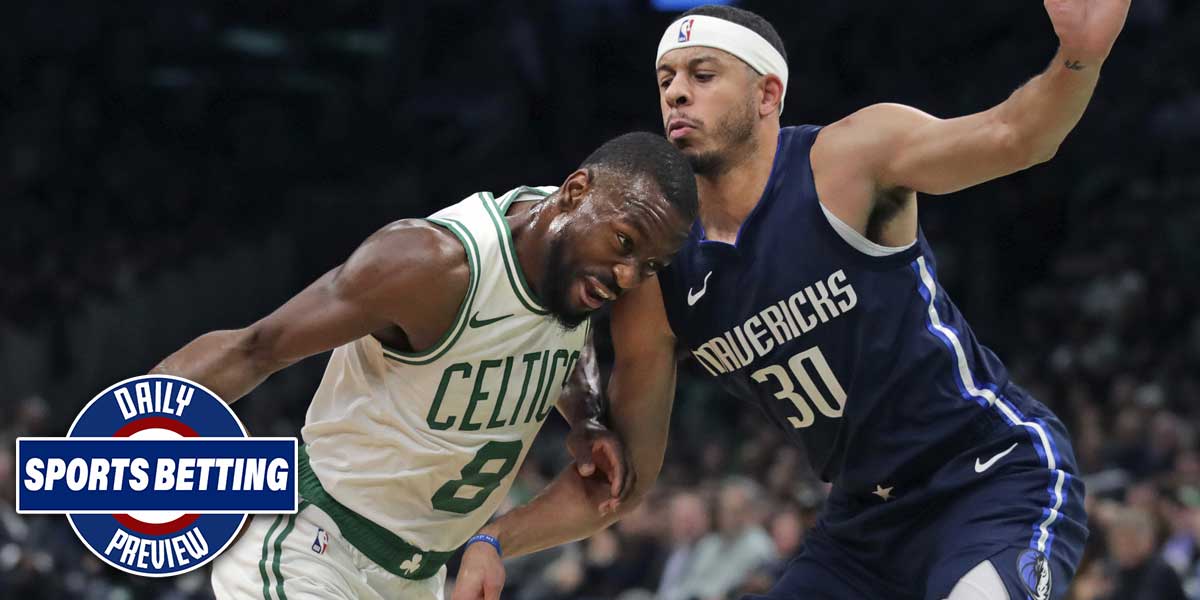 DALLAS – The Boston Celtics visit Dallas tonight for what should be the most hotly contested NBA game of the day – a contest between teams who need to find themselves, for various reasons.

The Mavericks, are in the wake of the loss of their star player, Luka Doncic, to an ankle injury that will keep him sidelined for a few weeks. The Celtics need to find themselves more generally, as they’ve played roughly .500 ball since their hot start to the season.

Betting Odds For The Celtics-Mavericks

Boston opened as a 1-point favorite on the road in Dallas, and the line has since moved to Boston -2. The Celtics are notably worse on the road so far this season, with six of their seven total losses coming outside of TD Garden. Dallas, meanwhile, has been vaguely unimpressive at home, with an 8-6 home record but a 10-2 road record.

The over/under line is set at 218, which is interestingly low – Dallas has the best offense in the NBA so far by offensive rating and Boston, the sixth-best. One could read this as saying that the absence of Luka will turn this into a blowout, but the lines are still close, so that doesn’t seem like what’s going on.

Point guard Marcus Smart, an all-around defensive juggernaut, is questionable to play with an eye infection. Of course, Dallas’ MVP candidate Luka Doncic is sidelined after an ankle sprain a few days ago.

Kemba Walker: Heart Of The Team

The former Hornets star, now freed from his purgatory-like stint in Charlotte, has been electric for the Celtics thus far this season. He has put up 23 points a game and helping the Celtics extend leads with his 40% three-point shooting. Boston is a relatively balanced team, with players like Jayson Tatum and Gordon Hayward taking up a significant amount of possessions, but Walker has been excellent regardless.

When you look at this game, it’s hard to see anyone on the Mavs who can seriously shut Walker down in 1-on-1 situations. Opposing point guard Jalen Brunson is a functional to good defensive player, but it could take more than that to stop Walker.

One interesting wager that bettors could consider is found at online sports betting sites like SportsBetting. They set up a parlay of Walker finishing with 25 (or more) points, Boston winning, and the game total going over 218 points.