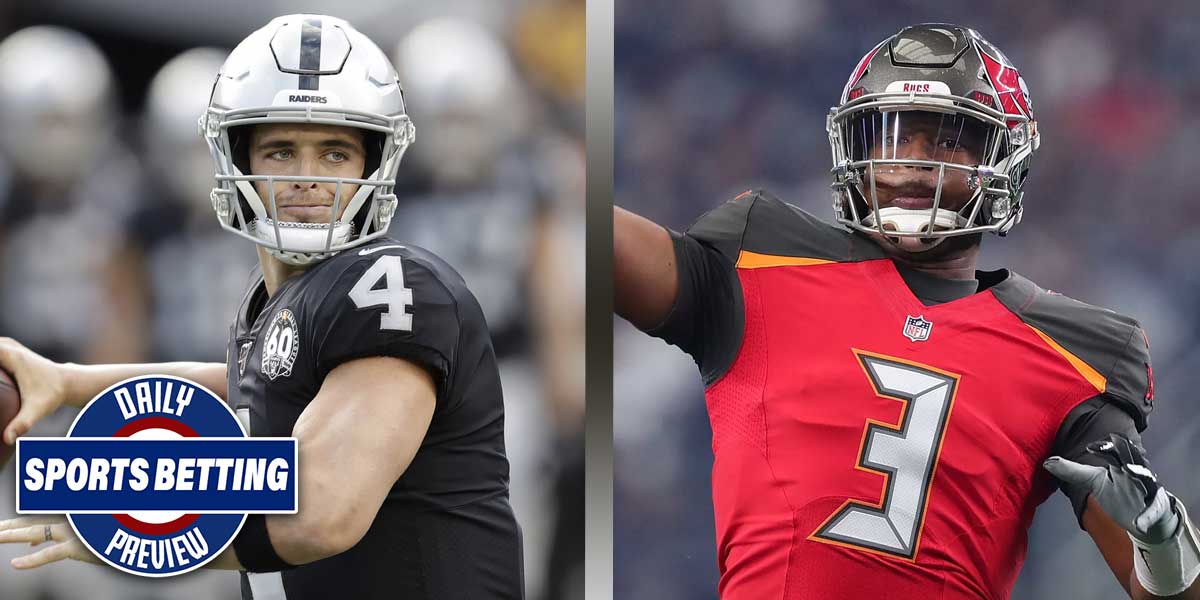 TAMPA BAY, Fla. – Today, the betting preview stems away from actual gameplay and focuses on a few interesting NFL player prop bets, geared on the quarterback position. A breakdown of a few of the lesser-famed quarterbacks in the league gives bettors reasons to risk their money on the line.

Jameis Winston is having a historic season, in both good and bad ways. This is fitting for the inconsistent but explosive hurler, who currently has a chance to lead the NFL in both touchdowns and interceptions. The Tampa Bay quarterback currently leads the league in passing yards and interceptions but is three passing touchdowns behind presumptive MVP Lamar Jackson.

With this, comes betting odds and online sportsbooks have Winston with +300 odds to lead the NFL in both of these statistical categories at the end of the season. This could be for many reasons, but one that comes to mind is it’s possible that Lamar will sit Week 17, whereas Jameis will not. This could give the Bucs signal-caller a chance to pass the current leader.

Derek Carr has had a rocky career with the Oakland Raiders. With an overall record of 38-54, the 28-year-old Carr is no longer a favorite to maintain his current job. Carr currently has +100 odds to be the Raiders quarterback next year and is -140 to lose that position (either leaving the team or being replaced).

Carr has been above average to good in past years, having made three Pro Bowls, but has never been First-Team All-Pro and has never had a season where his net yards per pass attempt was over seven or under five. This is indicative of his tendency to throw safe passes, but also indicative of his generally good production. Either way, the Raiders’ organization may put a plan together to bring in a secondary quarterback.

Eli Manning’s storied career looks to be finally coming to an end. In an utterly fascinating and incredibly fitting twist of fate, the two-time Super Bowl champion has a record of exactly 117 wins and 117 losses. Right now, bettors can get odds on what record Eli will finish his career with.

Leading the pack is “under .500”, which makes sense given that in order for Eli to finish with a winning or even record, his Giants would have to actually win one or both of their next two games – an admittedly unlikely outcome.

“Exactly .500” comes in next, at +150, which again makes sense. It’s a little less likely for the Giants to win one of their next two games than lose both of them, but it’s still more likely than them winning both, which is what would be required for the +300 “over .500” record.

The Indianapolis Colts were as shocked as anyone to learn that former number one pick Andrew Luck was retiring before this season. Grimly, they handed the reins over to former Patriots third-stringer Jacoby Brissett, who did his best to drag the team into contention. Injuries and lack of cohesion derailed the Colts this year and some are pointing their fingers at the young quarterback as the reason why.

Right now, sportsbooks are offering odds on if the Colts will draft a new quarterback in the first two rounds of the 2020 NFL Draft, which contains many elite quarterback prospects. Currently, the favorite is that they will not (-150), while the reverse has +100 odds.