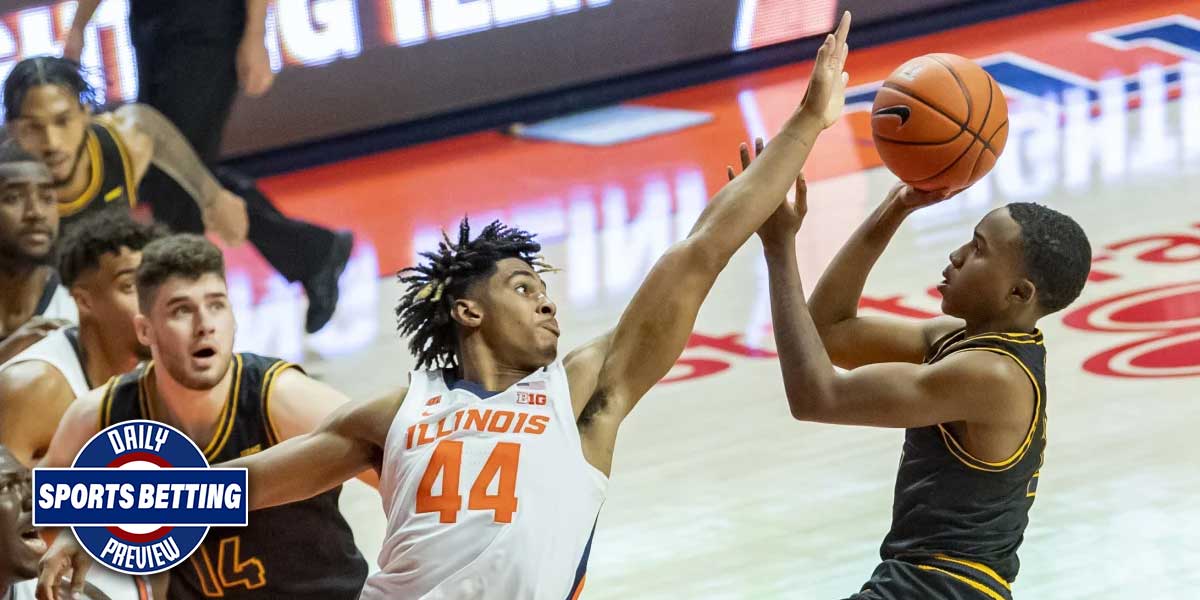 This Wednesday, there are two major sporting events to discuss. In the world of European soccer, Manchester United get set to take on Paris Saint-Germain.

Then, in US college basketball news, Illinois and Baylor get set to face off in a top five ranked matchup.

Manchester United and Paris Saint-Germain are opponents who are not unfamiliar with Champions League action.

Both of these teams are regarded as relatively perennially good, although PSG have an easier time of making it to the Champions League.

The two elite teams are set to face off Wednesday at 3:00 p.m. EST.

This matchup is clearly a close one, with all of the options on the three way moneyline seeming to be very closely tied to one another.

Paris Saint-Germain slightly edge out a lead here, however, despite the fact that Manchester United won their first Champions League group stage clash earlier this year.

On the Draw No Bet line, which allows bettors to receive their stake back if the match ends in a draw, PSG are still favored.

Their -130 odds are a bit more clearly delineated from Manchester United’s -105, but neither team is clearly better than the other.

Interestingly, the spread on this matchup is +0.0, which means it can serve as an alternate to the Draw No Bet moneyline.

Even more interestingly, the shading on the spread is actually different from the Draw No Bet moneyline, meaning bettors can compare the two and choose which is better.

For example, if one wanted to wager on Manchester United to win without risking money in the event of a draw, one could take United +0.0 at +105 odds.

Compare this to the Draw No Bet, which wins, loses and pushes in the exact same scenarios, but has -105 odds.

Effectively, a bettor would be shaving ten points off of the Draw No Bet moneyline by wagering on United +0.0 instead.

This is certainly a compelling situation to analyze, and helps demonstrate that while sports betting is often about the teams on the pitch, it is just as much about the numbers on the boards.

Soccer bettors would do well to take note of this, and take advantage of opportunities to shave points off of the lines they wager on.

A matchup between two truly elite teams is set to take place in the NCAA basketball world on Wednesday.

Illinois is an extremely talented team, and is ranked fifth in the country at the moment, while their opponents are ranked even higher.

Baylor is a bona fide contender, and ranked second in the nation going into this matchup, which could determine the course of their season in some small way.

A matchup like this is going to be circled on both teams’ calendars, and both will be looking to come out ahead.

Baylor are regarded as simply being a better team than Illinois, despite the fact that they are only ranked a bit higher.

They have -240 odds to take down the fifth ranked team in the nation, and reduce them to a footnote on their resume.

Illinois are underdogs to be sure, but they’re certainly viable ones at +200, and taking the beneficial odds is not an obvious mistake.

“We have the opportunity to put the country on notice” said Ayo Dosunmu from Illinois, and they certainly do.

They’re bigger underdogs than one might expect from a matchup between #2 and #5, but in context, it makes sense given how elite Baylor are expected to be.

Illinois knows they are underdogs, and appear to be relishing that fact.

Baylor is favored by 5.5 points on the spread, although there is a bit of shading towards Illinois on that number.

A cursory glance at the two teams’ respective points O/U’s can tell a story, and in this case, it tells bettors that something might be up with the spread.

The spread on this matchup favors Baylor by 5.5 points, but they are projected to only score four more points than Illinois on the O/U lines.

Granted, there is a bit of shading on their Over of 73.5, but a discrepancy like this is well worth noting.

College basketball bettors will have to come to their own conclusions about what this means, but here are some possible options:

There are other possibilities of course, but each of these is well worth exploring for any given college football bettor.