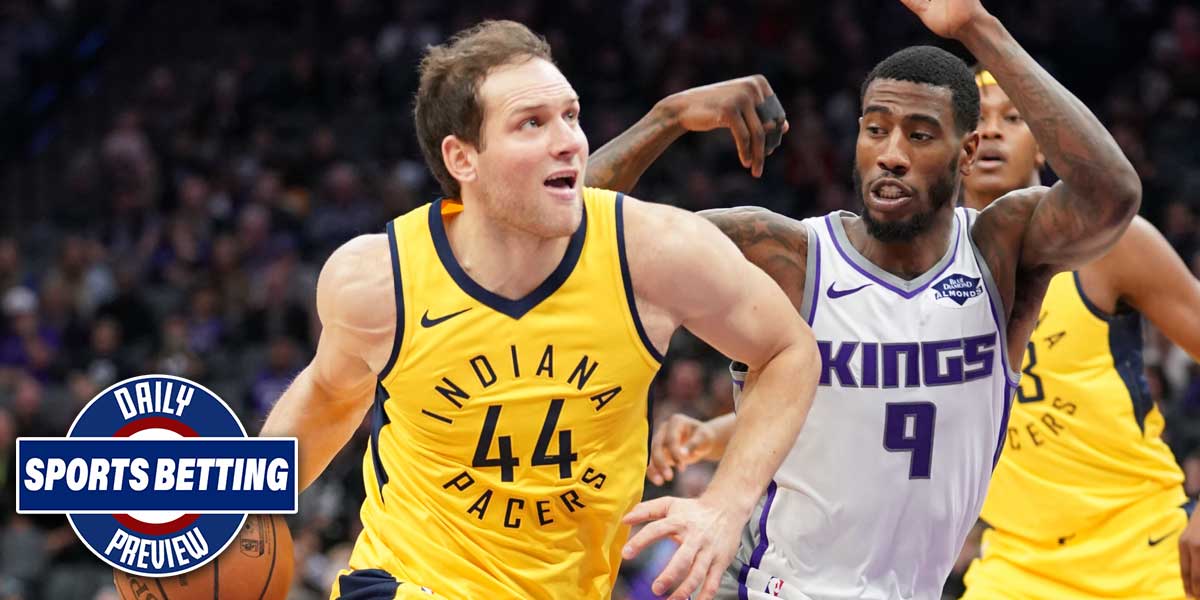 INDIANAPOLIS – There are many NBA games to watch for potential sports bettors tonight. However, two stand out from the pack: one early game and one later game. First, the Sacramento Kings take on the Indiana Pacers followed by the Minnesota Timberwolves, who will attempt to deal with the Denver Nuggets. These teams are all resoundingly in the middle of the pack right now and are in search of statement wins.

The Sacramento Kings enter this game at a mediocre 12-15, good for eighth in the NBA’s Western Conference.

Traditionally, the bottom of the playoffs in the West has been filled with good teams – the 48-win Suns team that missed the playoffs because of the strength of the West comes to mind – but the bottom has fallen off this year.

Sacramento excelled last year, as the explosive DeAaron Fox threw his hat into the ring as a potential star player. The Kings traded for Harrison Barnes partway through last year and fired head coach Dave Joerger, replacing him with former Lakers coach Luke Walton. Everything seemed set for an excellent follow up to the breakout season of 2019.

Instead, the Kings are nineteenth in SRS, twentieth in offensive rating, eighteenth in defensive rating, and dead last in pace of play. It remains confusing how a team with one of the fastest and most explosive players in the league manages to be last in pace. They were fifth in pace last year.

The Pacers have been the opposite kind of surprising this year. With the injury to star guard Victor Oladipo, many assumed the Pacers would be mediocre until his return. The Indiana team has been anything but, with a 19-9 record, an immense defense, and one of the most unstoppable pick and roll combinations in the league courtesy of Malcolm Brogdon and Domantas Sabonis.

The Pacers are 9-5 ATS at home and 16-11 ATS overall. If bettors are interested in just taking the Pacers straight up, they are 12-3 at home so far this season. As far as the spread, the Pacers are on something of a hot streak, entering the game 4-0 ATS in their last four games.

The game should be excellent, as these are two playoff teams, despite their disparate records – one overperforming and one underperforming. The over/under line for the game is set at a remarkably low 206.5, a nod to Indiana’s defensive prowess and Sacramento’s glacial pace of play.

The Minnesota Timberwolves, after an early-season explosion from star center Karl-Anthony Towns and surprising wing Andrew Wiggins, have leveled off into a 10-16 record. The Wolves have lost their last eight games – all by seven or more points.

The season for the Wolves has been defined by Towns and Wiggins, as have most seasons since they joined the team. Wiggins has shown signs of much-needed improvement but is still fundamentally a midrange shooter with mediocre defense. Towns, meanwhile, could be sidelined
for the next few games with a knee sprain, which is awful news for a team that needs everything they can get from everyone.

This gets borne out in their team stats: seventh in points scored but twenty-seventh in points allowed. The Wolves push the pace, but get outscored when they do – a horrible combination of player tendency and poor defense.

Against the spread, the Wolves are a mediocre 9-16. Their current skid cannot be overlooked. This team has lost its last eight games by seven or more points and, unsurprisingly, lost all of those games ATS.

The Denver Nuggets have also been struggling, although their record shows it less clearly. Denver is the current three-seed, although they are notably behind the top tier of the conference – the Lakers and Clippers.

Denver expects greatness this year. Their team is built around Nikola Jokic, the lumbering behemoth who happens to be the greatest passing center of the last 20 years. The Nuggets have surrounded him with above-average to excellent players, and they go deep, too – 11 players play more than 12 minutes a game.

Incredibly, Denver has one of the best defenses in the NBA right now, giving up the fewest points per game with the second-best defensive rating. They enter the game on a four-game winning streak. In other words, after their poor start, this is the time for Denver to begin rounding into form and making a push for the top of the conference.

The Nuggets are 7-7 ATS at home and 11-12 ATS overall. However, they are 12-3 at home straight up, if one was inclined to make that bet. The Nuggets are also great at beating up bad teams, as they’re 9-2 ATS in their last 11 against teams with winning percentages below .400.

There are many excellent games tonight, and this article only covered two of them. Users of US online sportsbooks would be well served to take advantage of opportunities to place bets on less hyped events such as these.