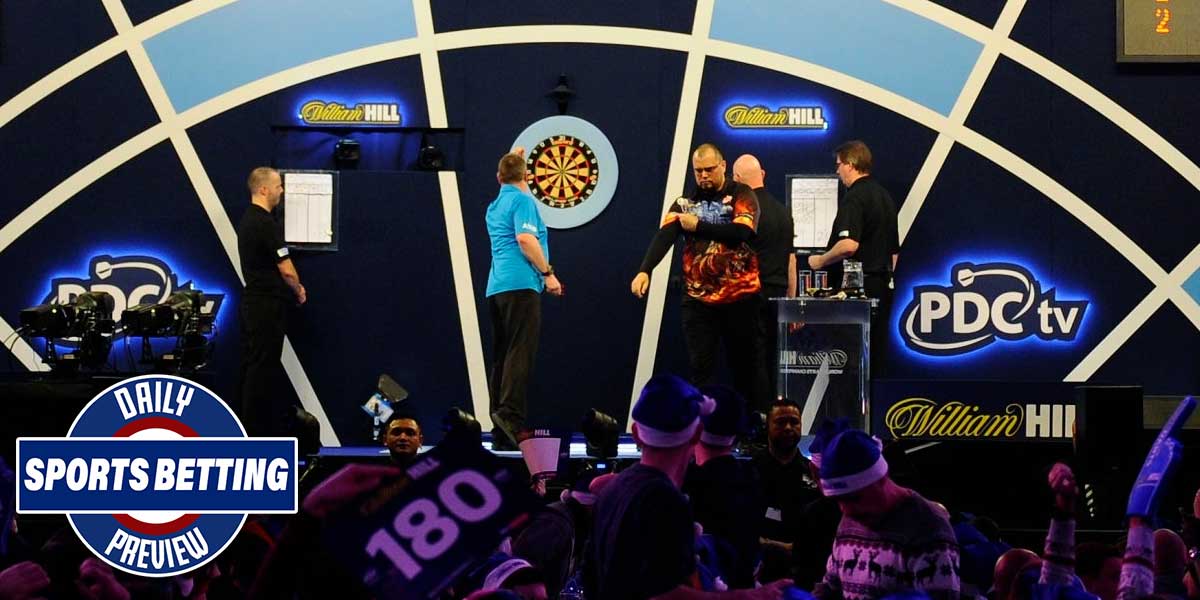 LAS VEGAS – Sports bettors would be well served to be aware of the many smaller events taking place today – things that are not Monday Night Football, which will no doubt demand the attention of many bettors and also most sportsbooks.

Similarly, there are many interesting prop bets that one could use to obtain an edge as opposed to simply betting on the results of games as they occur.

History Is Made At Darts World Championship

The PDC Darts World Championship is heating up, with historic results coming in from Alexandra Palace in London. For the first time ever, a woman won a match at the event. Then, she kept winning. The 25-year-old Fallon Sherrock has just beaten, in her words, “two of the best players in the world”, becoming the first female competitor to make it this far in the tournament.

The darts world is abuzz – Sherrock is one of two women to qualify for the tournament and one of five who have played it at all. The tournament continues today, although Sherrock having already won her match, will not compete until the current round is finished.

As far as the current round, there are four matches left to play. Dimitri Van Der Bergh is set at -210 betting odds to win over Luke Woodhouse (+170). Similarly, Dave Chisnall (-210) is favored over Jeffrey De Zwaan (+170). Gary Anderson is favored by a slightly more weighty -280 betting odds over Ryan Searle (+220), while the showman Peter Wright is favored at -700 to defeat Seigo Asada (+450).

Sherrock plays her next round on Friday, December 27, against the 23rd ranked Chris Dobey. As of now, US online sportsbooks have her as a fairly large underdog, with +500 odds to defeat the Englishman.

Whatever the result of the match, Sherrock has already cemented her place in history as a trailblazer.

At the time of writing, the money line for this game has not been posted on the major offshore sportsbooks. However, there are several interesting player performance parlays that one should examine.

First, one could parlay the assist total of Sixers point guard Ben Simmons with a Sixers victory over the ailing Pistons to get better odds on the Sixers. Right now, Simmons getting five assists and Philadelphia winning is set at -263 betting odds.