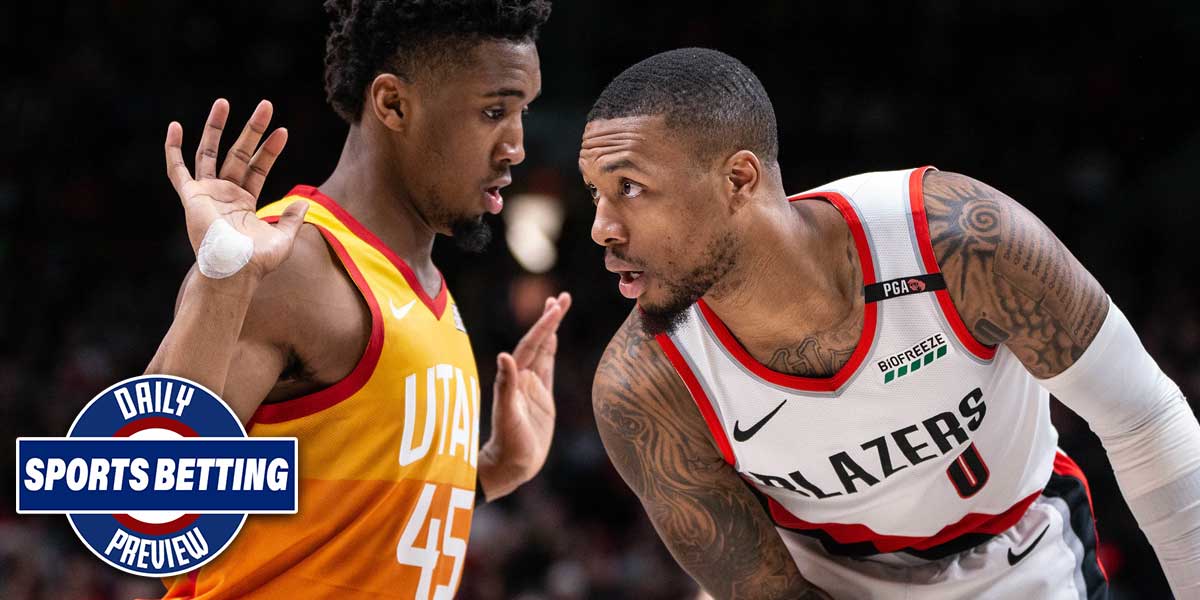 SALT LAKE CITY - While most of the best teams got the coveted Christmas Day slots, a few interesting games are left for us today. The most compelling of these is likely the Portland Trail Blazers taking on the Utah Jazz.

Both of these teams entered the season with aspirations to reach a level that they have not achieved yet.

The Blazers expected the excellent guard play of Damian Lillard and CJ McCollum to pair well with newly acquired center Hassan Whiteside, and allow them to make a serious push for the Western Conference Finals.

The Jazz expected the crushing defense of Rudy Gobert and the explosive offense of Donovan Mitchell to be complemented by the addition of Mike Conley. Neither of these additions has played out the way the teams have hoped, and their seasons have followed suit.

US sports betting sites have the Jazz open as a 5.5 point favorite, at home. With an 18-12 record, they’re still a respectable team, especially at home, where they are 11-3. However, they are relatively poorer against the spread: 13-17 overall, 6-8 at home.

Interestingly, there could be a correlation between the way the Jazz perform against the spread and the amount of rest they get. Per covers.com, in their last 9 games playing on two days rest, the Jazz are 2-7 ATS.

The Blazers, meanwhile, enter as the underdog for a reason. Despite the immense talent of some of their players, they haven’t put it all together and have limped to a 14-17 record overall. They’re slightly worse on the road at 6-10. Against the spread, they’re shockingly similar: 13-16 overall, 7-9 on the road.

One notable statistic going into this game for the Blazers is that they don’t have a good track record against the spread when playing teams that are better than them. Those betting on the NBA should take note that the Blazers are 1-5 ATS in their last six games as an underdog.

In fact, they don’t seem to have the ability to upset anyone at all – the only teams they’ve beaten this year are the Kings, the Mavs, the Thunder, the Hawks, the Spurs, the Bulls, the Knicks, the Suns, the Warriors, the Magic, the Timberwolves and the Pelicans.

Only two of those teams, the 19-10 Mavericks and the 15-14 Thunder have winning records. The rest are notable this year as the dregs of the NBA, with most having a winning percentage south of 40%. Should the Blazers beat the Jazz, it would be only the third team they’ve beaten with a better record than .500.