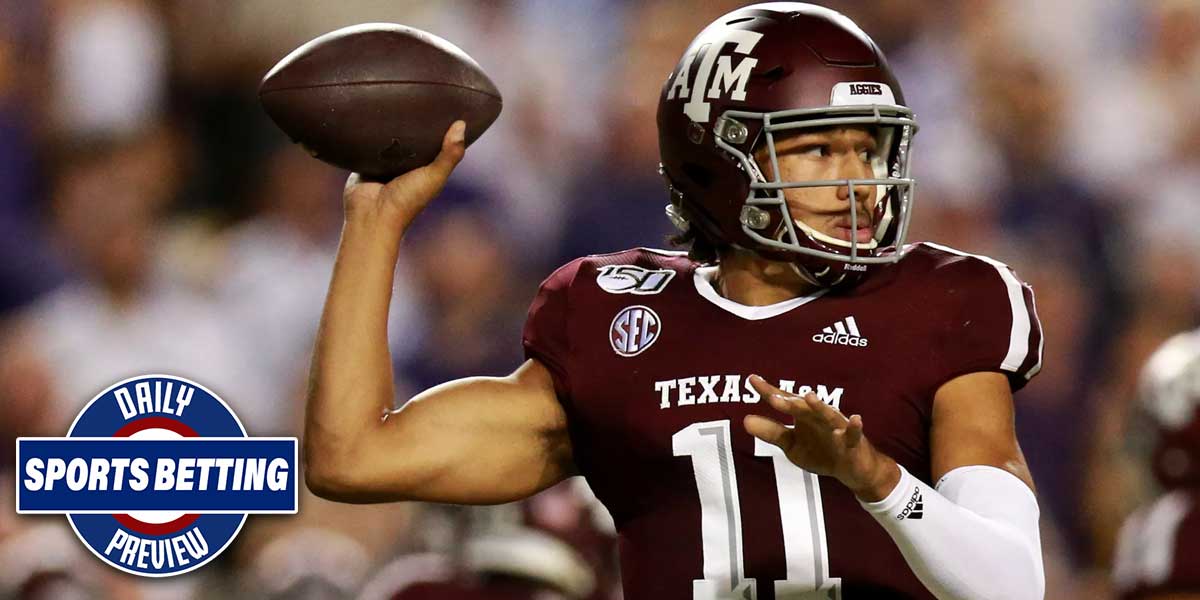 HOUSTON – The beginning of the college football bowl season is here as many teams have created upset victories in the early stages of postseason college football play. A total of five bowl games are played on Friday but there are two in particular that bettors should keep an eye on.

Playing just about 100 miles from home, the Texas A&M Aggies are both the home team by location and by the game preview. Their opponent in the Texas Bowl, the Oklahoma State Cowboys aren’t too much further from NRG Stadium but it is safe to say the main supporters will be in favor of the Aggies.

Later on in the night, the USC Trojans and Iowa Hawkeyes will meet in the Holiday Bowl. This is the only bowl game of the night featuring two top-25 ranked teams and is also the one with the closest spread of any of the games.

The Jimbo Fisher led Aggies (-205) are the strong favorites coming into the game. Kept together by their defense, the Aggies will have one of their biggest tests of the season against the Cowboys (+175) in Chuba Hubbard.

The Heiman invitation-snubbed running back compiled one of the best seasons in college football, finishing with 21 rushing touchdowns.

While the Aggies are only allowing 22.7 points per game, they will still need their offense to keep focused and score against an Oklahoma State team that is averaging over 33 points per game.

With an over-under at US sportsbooks of 54 points, bettors should be encouraged to take the under as well as Oklahoma State with the spread (+5.5).

As OK State is 9-1 against the spread over the last three seasons against non-conference opponents, this seems like the easy choice, despite the success of Jimbo Fisher in bowl games.

Beginning at 8 p.m. EST on FS1, the Holiday Bowl has many storylines to keep an eye on. The main one focuses on USC coach Clay Helton and whether or not he can properly lead this team to a successful season in the eyes of the Trojan Faithful.

Their offense is no joke, as the total has gone over in all five of the last games that USC has played. However, defensive end A.J. Epenesa may disrupt the Trojans' plans to pass the ball all over the field.

The Iowa (-130) offense many not look like one that is able to keep up with USC (+110), but don’t be surprised to see Iowa as the victor at the end of the game. With their ability to limit turnovers and mistakes, Iowa always does a fantastic job of playing their style of football and making others adjust toward their gameplan.

The Hawkeyes are favored by 2 points, and the over-under for the Holiday Bowl is set at 52 points.

Since 1992, USC is 5-15 against the spread when playing in December. This may be the trend to follow, though many bettors also believe the under is the play.

Regardless of which side of the line a bettor takes, keep in mind that USC has won 13 of their last 15 games against Big Ten opponents – so anything can happen.