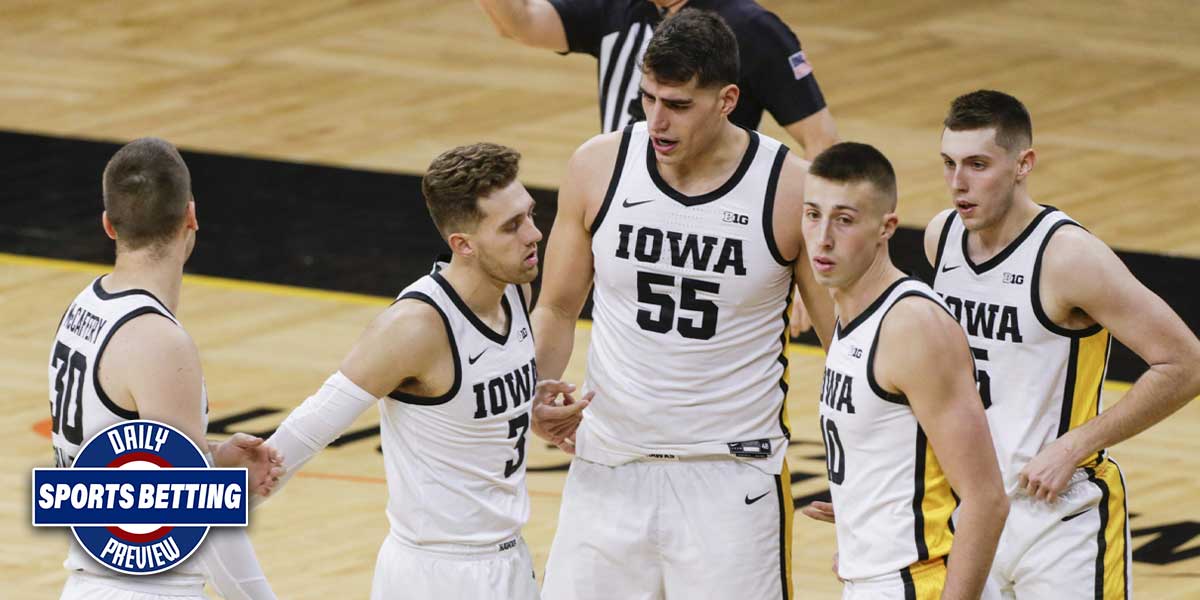 This Preview starts out with a look at the Europa League as Celtic faces off against AC Milan. Then, in NCAA Basketball, Iowa is ranked third in the nation and faces off against a Western Illinois squad with high hopes.

Finally, the Preview checks in on Dreamhack Masters 2020 Asia as Tyloo takes on Invictus Gaming.

Celtic are a familiar face to Champions League and Europa League bettors, and AC Milan are as well.

This matchup is one that will only be found in international club competition and looks to be a very solid one.

AC Milan are prohibitive favorites on the three way moneyline, with -355 odds that dwarf the chances of any other outcome.

This tracks with current form - Milan are currently leading Serie A with a record of seven wins, two draws and zero losses.

Celtic are currently 9-3-1 domestically, good for second place in the Scottish Premiership.

As Milan are doing better in a stronger league, they are fairly obvious favorites, and the odds are looking prohibitive.

One would expect them to be even more prohibitive favorites on the Draw No Bet Moneyline, and one would be right.

Today in NCAA basketball, a highly ranked team goes up against a massive underdog, and all of the questions are about who will cover the spread.

Iowa is ranked third in the nation right now, and their game against Western Illinois looks like a done deal from a moneyline perspective.

This is so true that two of the biggest online sportsbooks, Bovada and MyBookie, don’t even have moneyline odds on the game at the time of writing.

The spread tells the story:

Iowa is favored by a whopping 33 points on the spread, although different websites will have different shading on this line.

Shaving a couple of points off of the odds one wagers on is a useful skill, and in this case BetOnline has slightly better odds on the favorite.

More information can be gleaned from the Total Points O/U lines on both Iowa and Western Illinois.

These two wagers have roughly the same shading - both are favored to go over - but imply a 35 point gap between the two teams.

In other words, the 33 point spread might actually be understating the gap between the teams playing today.

Another possible explanation is that the Points O/U’s overestimate Iowa, and the spread is the accurate measurement.

College basketball bettors will have to find the correct way to approach this matchup - a spread this big requires careful negotiation.

The first round of the Dreamhack Masters Winter 2020 Asia tournament features a matchup in the wee hours of the morning.

This matchup starts at 3:00 a.m. EST, which means that many bettors might want to get their bets in ASAP.

Staying up until 3 a.m. to wager on CS:GO matches featuring teams ranked well outside the top 25 seems a bit degenerate even for us.

For this reason, even though this match technically takes place on the 4th of December, it’s being covered here.

The match features Tyloo taking on Invictus Gaming. Neither team is a powerhouse, but there is a clear favorite.

Tyloo are ranked 35th in the world by ESL, and their highest rank ever was 28th.

Invictus, meanwhile, are ranked even lower, at 51st in the world.

Both teams started off this tournament with a loss. Tyloo lost to TIGER, and Invictus lost to ViCi.

In other words, they’re effectively playing for their tournament lives, and in this showdown, Tyloo are big time favorites. Tyloo are favored by -360 odds on Map 1, and -375 odds on Map 2 and Map 3, a pattern that seems likely to continue.

They will be favorites from the moment the game starts, and are unlikely to stop being map-by-map favorites even if they start losing.

This matchup is certainly a compelling one, so esports bettors should get their wagers in today.