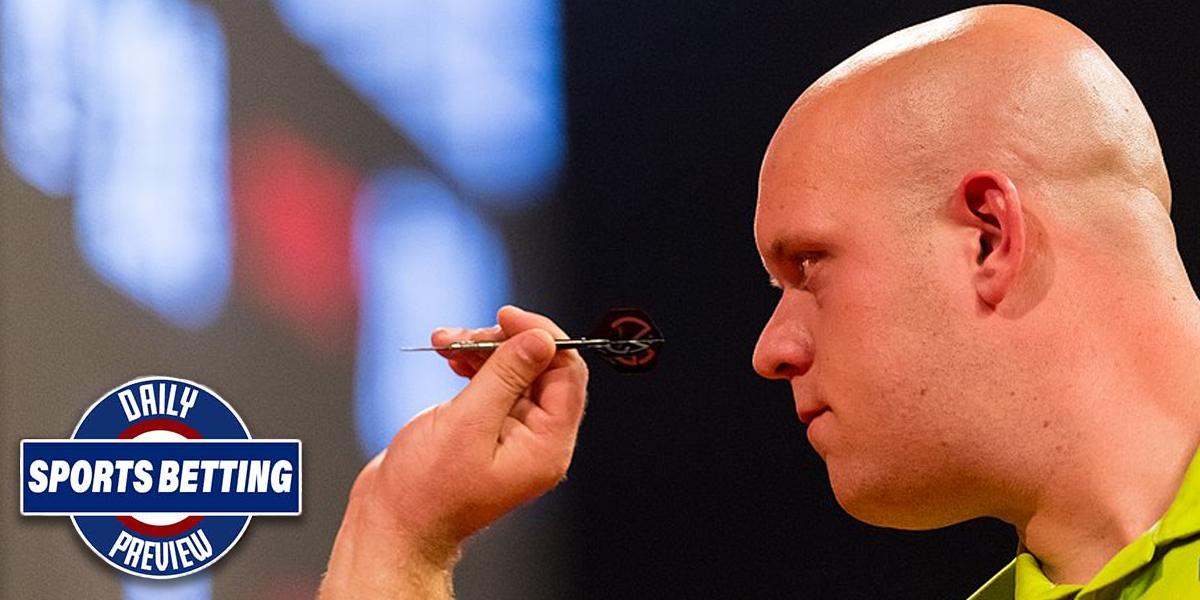 LONDON – The semifinals for the William Hill World Darts Championship has arrived and bettors have been given ample opportunities to risk some cash on the outcome of the tournament.

Down to only four contestants, the PDC world champion will walk away with just over $650,000 in prize money, with the subsequent athletes bringing in roughly $263,000 - $131,000 depending on their placement.

The darts players aren’t the only ones with the ability to strike it big though, as bettors are given plenty of action on Monday at offshore sports betting sites.

Betting On The Darts Championship

The first showdown will feature Nathan Aspinall (+450) against Michael van Gerwen (-715). With an over-under set at 8.5 sets, oddsmakers believe that van Gerwen will be able to take care of business quite easily.

The spread is set at 3.5 sets in favor of van Gerwen, who is also the favorite to win the entire tournament at this stage. Therefore, any bettor looking to take van Gerwen in the semifinals should consider to take him to win the championship instead. Sitting at -225, bettors are given a much-lessened risk and the ability to hedge in the next round, assuming he takes care of business in the semifinals.

During the later matchup which begins at 4 p.m. EST, Gerwyn Price and Peter Wright will battle it out. Wright (+115) may come into the tournament with slightly more notoriety but it is Price (-145) who is the favorite for this matchup.

Like taking the futures bet on van Gerwen, bettors should consider taking Wright at +700 to win the entire William Hill World Championship.  If Wright can get past Price, the odds set for the final matchup will give bettors an easy arbitrage betting chance. With a little faith, Wright can have bettors making a much higher profit than only choosing him to beat Price.

Still, Wright will have a true challenge ahead, as Price is only favored by 1.5 sets – indicating a battle expected to come down to the closing sets. With an over-under at 9.5 sets, the sharp money is focused on the under, as vigorish at US sportsbooks for the under keeps getting moved higher.