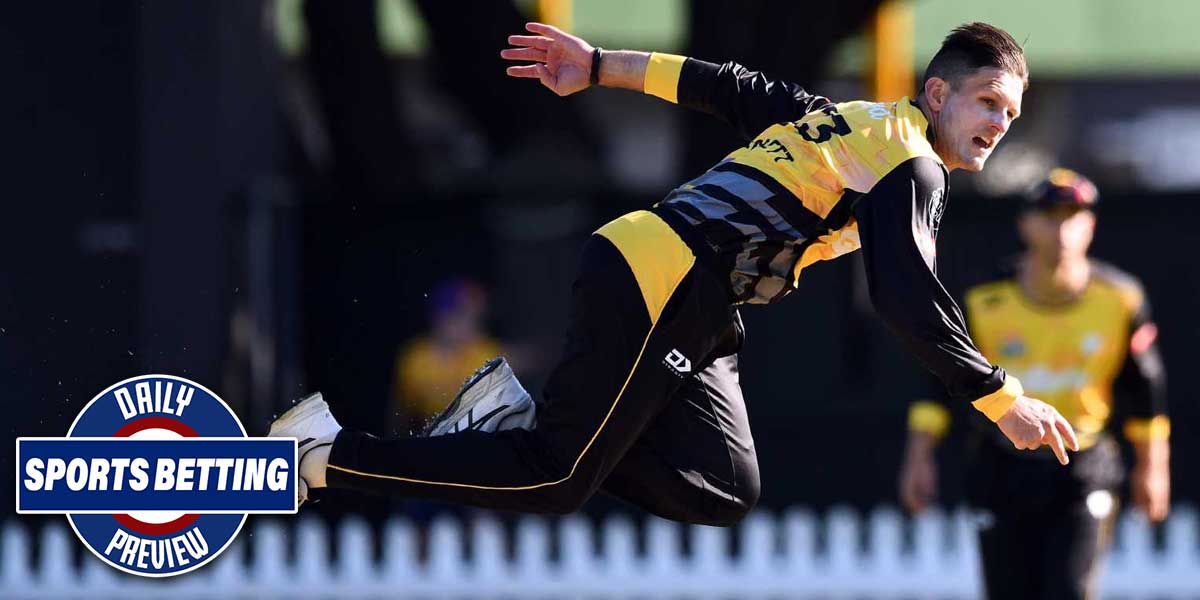 Next, it checks in with NCAA Men’s Basketball as the Kansas Jayhawks take on the West Virginia Mountaineers. Finally, it jets over to Spain for some Futsal in the Copa Del Rey.

The Otago Volts host the Canterbury Kings in an evenly contested match in the semi-finals of the Ford Trophy competition. The Auckland Aces await the winner in the finals.

The Kings last won the competition in the 2016-17 iteration, while the Volts have been waiting over 10 years for another trophy, having last captured it in 2007-08. Last year’s winners, the Wellington Firebirds, are already eliminated, meaning that the competition will see a new champion this year.

The match is projected to be quite even. The Kings are -120 on the moneyline, while the Volts have even odds.

The match will air at 5:00 p.m. EST, and because of the nature of the competition, will not take multiple days like some professional cricket matches, but will instead finish today.

This match looks to be a good introduction to professional cricket for a sports bettor, with evenly matched teams and a quick time frame.

There has been significant line movement on this game already. The spread opened at WVU +1, reflecting their lower-ranking and generally worse record.

The spread has now moved to WVU -1.5. One possible reason for this is that home-court advantage has played a huge role in the college basketball season so far, and WVU is no exception – they are 12-0 at home, and 6-5 on the road.

Kansas has been quite good against the spread on the road – in their last six road games, the Jayhawks are 6-0 ATS. However, those were as favorites. Kansas is 1-5 ATS in their last six games as a road underdog.

WVU, meanwhile, are 7-1 ATS in their last eight home games, a decent streak.

The game seems close, and the spread keeps moving. It could be worth checking multiple online sportsbooks to shop lines when the spread is this fluid. Home court advantage has really mattered this season – will it continue to be the story here?

The Copa Del Rey for futsal is taking place in Spain today, and there are four matches to discuss.

Afterwards, Real Betis takes on Peñiscola Rehab Medic, who are favored at -160 to win the match. Betis are +250, while a draw is +390, significantly more likely in this match than the previous, reflecting the relatively more even quality of the teams involved.

In the last match of the day, Talavera battles Catgas Santa Coloma. Santa Coloma is favored, -135 on the moneyline. Talavera has +220 odds, and a draw is +370.