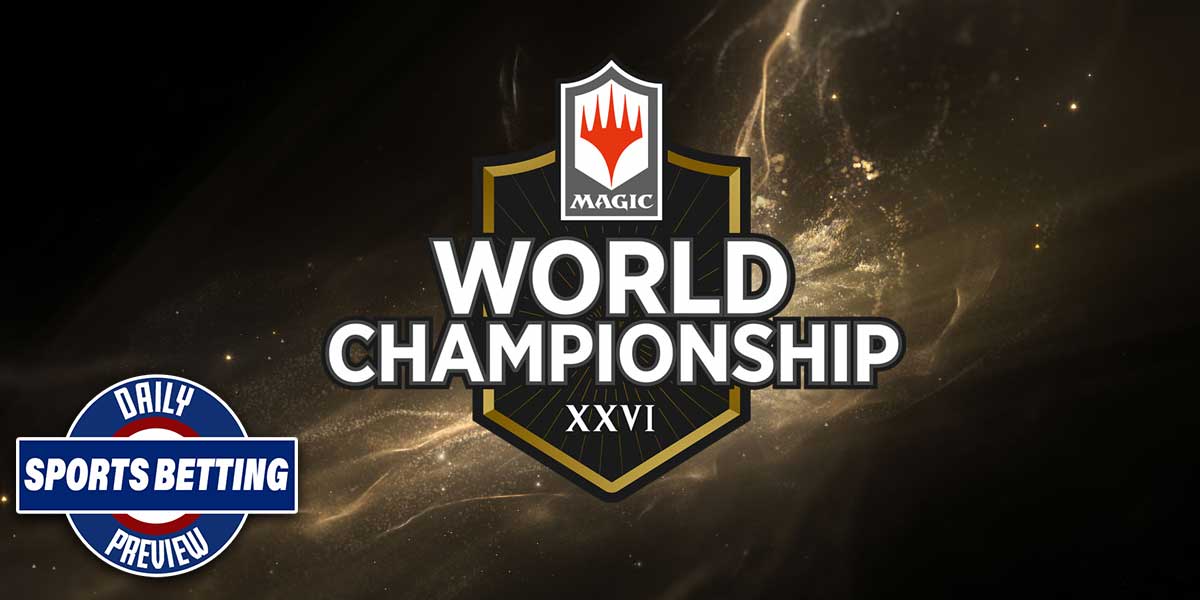 NEW ORLEANS – Today, the Daily Sports Betting Preview stays in the United States, as it starts out with the New Orleans Pelicans taking on the Oklahoma City Thunder in NBA action.

It then moves to two of the best NHL teams battling it out as the Washington Capitals meet the Colorado Avalanche, and finally, it stops in Hawaii for the World Championships of Magic: The Gathering.

Zion Williamson has arrived in the NBA with a bang, and his effect has been felt both on the court and on the betting line. In his nine games so far, the rookie is averaging 21 points and 7.7 rebounds in only 27 minutes of play per game.

Zion is far ahead of schedule, but still on a relative minutes and load limit due to his previous injuries. When he plays, though, he has a PER of 24.9, which is nearly top 10 in the league, right up there with players like Lebron James and Damian Lillard.

Because of this, bettors have been betting on his New Orleans Pelicans like crazy, and they are once again favored tonight against a team with a better record than they have.

The Pelicans, at home, are favored by 2.5 points over the Oklahoma City Thunder. The line opened at New Orleans -2.

Straight up, the Thunder are 32-22, and 15-10 on the road, but they have dramatically outperformed expectations all season, which has lead to this spread dominance.

New Orleans is a different team with Zion, that’s for sure, but the real question here is if the Thunder are the same team that has dominated the spread all season. This is a game to keep an eye on.

Two elite teams meet as the Washington Capitals travel to Colorado to take on the Colorado Avalanche.

The story for the Capitals recently has been Alexander Ovechkin’s search for his 700th NHL goal. Ovechkin has not scored in two games, and has been sitting on 698 goals for that time period.

It is worth noting that the Capitals lost both of those games that Ovechkin did not score in, as well, falling to the New York Islanders and the Philadelphia Flyers in consecutive home losses.

In fact, the Capitals have lost four of their last six games.

The Avalanche, meanwhile, are on a hot streak, winning all five of their last five games. They are one game back of the St. Louis Blues, who lead the Central Division.

The Magic: The Gathering World Championships take place over the coming days in Hawaii, as sixteen of the best players of the progenitor of the collectible card game genre battle it out.

The players qualified for this tournament are the sixteen players who performed the best during the 2019 professional season, and even the ones with the shortest odds are elite players in their own right, some of the best in the world.

Magic is a game of skill as well as luck, similar to poker in that sense, and as such, betting on even the best players comes with relatively long odds.

For example, the current World Champion, Javier Dominguez, is the consensus best player on the planet, and still only has +800 odds to win this tournament, in a field composed of sixteen players.

Dominguez is joined at +800 by Seth Manfield, the winner of the 2015 World Championship, as well as a Hall of Famer.

At +1000 are Ondrej Strasky and Piotr Glogowski, both players known for their technical skill and innovative talent.

These two are followed by one of the best technical players in the world in Marcio Carvalho and a legend of the game in Paulo Vitor Damo Da Rosa, who have +1100 odds.

At +1200 are Autumn Burchett, Jean-Emmanuel Depraz, Christopher Kvartek and Andrea Mengucci. Of these, one to look out for is Mengucci, who has been on a tear in small field events this year, with many high finishes in small fields.

At +1400 there are three more elite players, Mattias Leveratto, Gabriel Nassif and Sebastian Pozzo. These three are followed by Raphael Levy, Eli Loveman and Thoralf Severin at +1600.

Magic: The Gathering is the oldest card game of its type, and codified an entire genre of esports before the term even existed. Now, as it attempts to move into a more esports focused space, all eyes are on the World Championships.