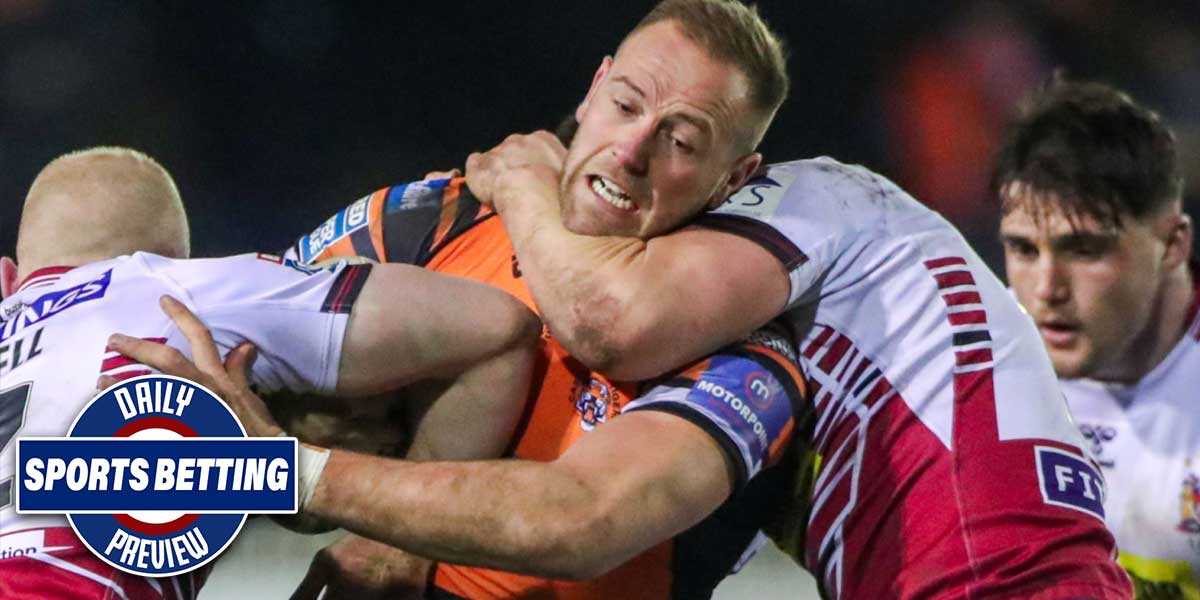 PITTSBURGH - An International edition of the Daily Sports Betting Preview is coming today. First, we stop in for some English Super League rugby, followed by a trip to Wales for the snooker Welsh Open, and finally, closing out with some NHL Hockey as the Pittsburgh Penguins take on the Montreal Canadiens.

There are two games taking place in the English Super League today, both at the same time: 2:45 p.m. EST. First, the Leeds Rhinos take on the Hull Kingston Rovers, then the Salford Red Devils take on the Huddersfield Giants.

Leeds are significant favorites over Hull today, with a 7.5 point spread in their direction. In fact, on some sportsbooks, that 7.5 point spread is itself a favorite, with -125 odds on Bovada. Leeds are -265 to win the match outright, while Hull are +225.

The Rubgy Super League season has only recently started, but there is enough evidence out there to know why Leeds are a heavy favorite against Hull KR. The over/under line for the match is set at 41.5 points, with no movement either way from that point as of the time of writing.

Salford vs. Huddersfield is a much more even matchup, at least according to the sportsbooks, where Salford is a 2.5 point favorite on the spread. To win, Salford are -140, while Huddersfield are +120. The over/under for the match is set at 39.5 points.

The quarter-finals of the Welsh Open are responsible for two matches being put onto the betting slate for February 14, 2020. In the first match, Shaun Murphy takes on Judd Trump, and in the second, Yan Bingtao battles John Higgins.

These matches are expected to be relatively even compared to some of the outsize odds that were available during previous rounds of the tournament.

Murphy is +200, an underdog against the legendary Judd Trump. Trump is -265, and it’s worth noting that live betting will be available on these matches as they progress.

Yan Bingtao is a minor underdog against John Higgins, with +150 odds to progress to the next round of the tournament. Higgins clocks in with -190 odds to win.

The o/u line for both of these games is set at 7.5, and there is not much deviation from that at the moment.

The Pittsburgh Penguins host the Montreal Canadiens as they look to add another notch to their already stellar home record.

The moneyline opened with Pittsburgh at around -210 odds to win, but has since moved to -190 in their favor, reflecting some action on the Canadiens at those odds.

The Penguins are +130 against the puck line, while the Canadiens are -150 when getting the 1.5 points from the puck line.