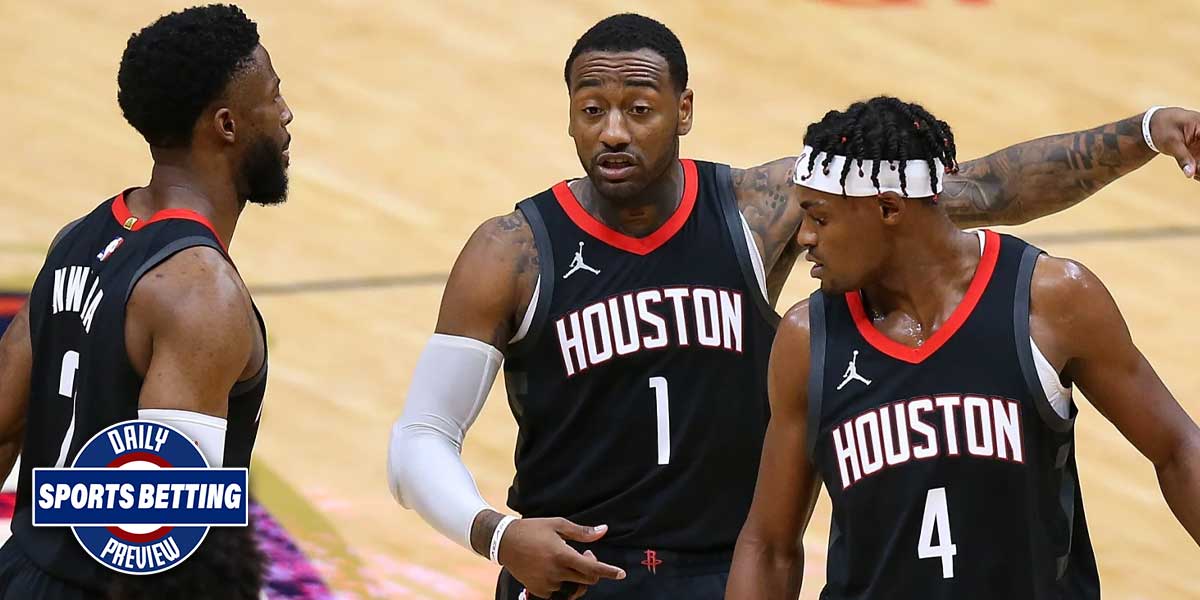 LAS VEGAS - Welcome to this Monday edition of the Daily Sports Betting Preview.

Today on the Preview, the Houston Rockets take on the Washington Wizards in NBA betting action. Then, in the Premier League, Chelsea faces off against Newcastle United. Finally, in the Russian Liga Pro table tennis league, there are dozens of matches on the betting slate.

With so much to cover, it’s time to dive in.

The Houston Rockets are still looking for an identity in the wake of the James Harden trade, and enter this matchup with the Wizards at 11-15 on the season. The Rockets are 4-6 in their last ten games straight up, and the overall trend for them is slightly negative.

Their opponent on Monday night, however, is one of the worst teams in the league - the Washington Wizards, as John Wall gets a chance to go up against his former team.

The Wizards enter this matchup at 7-17 in a worse conference and are also 4-6 in their last ten games going into this one.

The Rockets are favored by one point on the spread, giving them the slimmest of margins as road favorites.

NBA betting enthusiasts might want to target individual player props instead of either team’s spread, given how uninspiring both teams are ATS.

The Wizards might have the best player on the court in the form of Bradley Beal, who is currently leading the NBA in scoring with 32.9 points per game.

Despite this, the team around him does not seem to be good enough to warrant betting on. Both of these teams are serial underperformers, even against the mild expectations that the spread puts on them.

Chelsea, currently in fifth place in the Premier League, is looking at a shot to jump into fourth place with a match against Newcastle United.

Chelsea is one point shy of Liverpool in fourth place, having played one fewer game than the reigning PL champions.

Newcastle, meanwhile, is currently 17th in the Premier League and fighting for its life to avoid relegation.

With a goal differential of -13 and a record of 7-4-12, they’re seven points clear of 18th place Fulham, and they’d like it to stay that way.

Chelsea at -375 to win outright is an intriguing wager, as moving to the no draw line from the three-way moneyline will make the bet safer, but far less profitable.

Chelsea vs. Newcastle No Draw Moneyline

Intriguingly, these teams have not drawn against one another since September of 2015, and the head to head record since then sees Chelsea with seven wins and Newcastle with two, including a win in January of 2020.

Given this, the three-way moneyline odds could be safer than many soccer betting fans might think at first glance.

Given the trend of these teams to not end up with draws, taking the better odds on the three-way moneyline as opposed to the prohibitive no draw moneyline odds could be a solid play.

The Liga Pro presents a solid volume betting opportunity to table tennis betting enthusiasts and to those who merely enjoy betting.

The online sportsbooks have odds on most under the radar events, including this Russian table tennis league, and in the early days of the pandemic, it was one of the only sporting events still running.

Now, bettors can look to the Liga Pro when they’re in need of betting opportunities in large volumes. Some of the most interesting odds come from matches involving Sergey Kuzmin.

Note that Kuzmin is a huge underdog to Dimitriy Balakin, but only a very mild underdog against Sergey Burov. Kuzmin’s opponents also play each other in the competition on Monday, giving wagerers a chance to compare odds.

This is where the odds get a bit intriguing. When Balakin faces off against Mikhaylov, it works out roughly as it should. Both are favored against Kuzmin, with Balakin far more favored, and thus, Balakin is favored in the head-to-head.

When Burov plays Balakin, one might expect Balakin to be favored again, given the head-to-head matchup discrepancy against Kuzmin.

However, that matchup is instead a pick ‘em, with both sides having -115 odds. This means that table tennis betting fans might want to take Balakin in this matchup or Burov against Kuzmin, as it seems to imply some discrepancy in the odds.