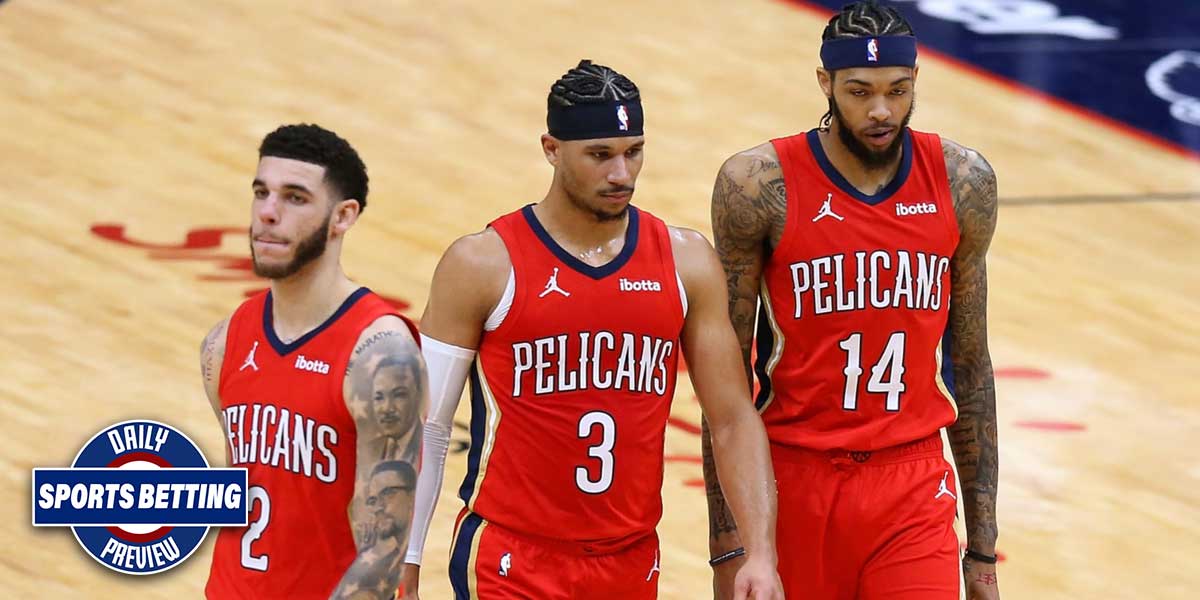 Today’s Preview kicks off with a look at the Phoenix Suns’ matchup vs. the New Orleans Pelicans.

Then, the second round of the PGA Genesis Invitational features some intriguing three-ball matchups with some of the biggest stars in golf on the odds board. Finally, the Florida Panthers take on the Detroit Red Wings in NHL action.

On the spread, the discrepancy between the two teams translates to a three-point spread in favor of the Suns. The Suns’ 8-2 straight-up record in their last ten games is the same as their record against the spread in those ten games.

However, the Pelicans have covered their last four games as home underdogs, despite being 2-8 ATS in their last ten home games against teams with winning records on the road.

The Suns do seem to be a cut above the Pelicans, but the Pelicans are a threat to upset any team in the league if Zion Williamson and Brandon Ingram go off.

Perhaps that is why they aren’t larger underdogs in this matchup.

NBA betting fans will have to weigh the explosive talent of Williamson and Ingram against the power of the red hot Suns.

The Genesis Invitational’s second round kicks off on Friday, and three ball betting is in the air at the online sportsbooks. Two intriguing three-ball matchups for the second round of the Invitational have caught the attention of golf betting enthusiasts.

Jon Rahm and Patrick Cantlay are neck and neck at the top of this three-ball matchup containing them and Collin Morikawa.

Rahm edges past Cantlay very slightly, with +135 odds to Cantlay’s +140 odds, while Morikawa takes the back of the group with +300 odds.

Cantlay shot a -4 on the first day of the tournament, while Rahm managed a -1, and Morikawa finished with a +2. Currently, Cantlay has +650 odds to win the whole tournament, given his excellent first-round start. These are the second shortest odds in the field, trailing only Dustin Johnson’s +400 odds.

Johnson sets the pace in his own three-ball betting group, and is the odds-on favorite to have the best score out of himself, Adam Scott and Bubba Watson.

Johnson is likely the best golfer in the world right now, ranked number one on the PGA Tour, and currently tied for 12th place in the Genesis Invitational.

It’s not a surprise to see him as the odds-on favorite over Scott and Watson, as there are few golfers he would not be in this position against, and many of them were in the first three-ball grouping.

Golf betting enthusiasts can put their money on the best in the business with Johnson and Rahm, or take longshot odds with Watson and Morikawa.

The Panthers are favored to continue this trend, with -175 odds to win the game straight up, but the puck line could be an intriguing wager in this matchup.

The Panthers have never covered the puck line against the Red Wings - their three victories against Detroit have all been by one goal each, with scores of 3-2, 3-2 and 2-1.

Their loss, obviously, did not cover the puck line.

However, the Panthers are 9-1 in the last ten games they’ve played against Detroit, and one wonders how often they’ll be able to keep winning and not covering the puck line.

At some point, a team this dominant in the matchup will cover the puck line, the question for hockey betting enthusiasts is when that will happen, and whether it will be today.