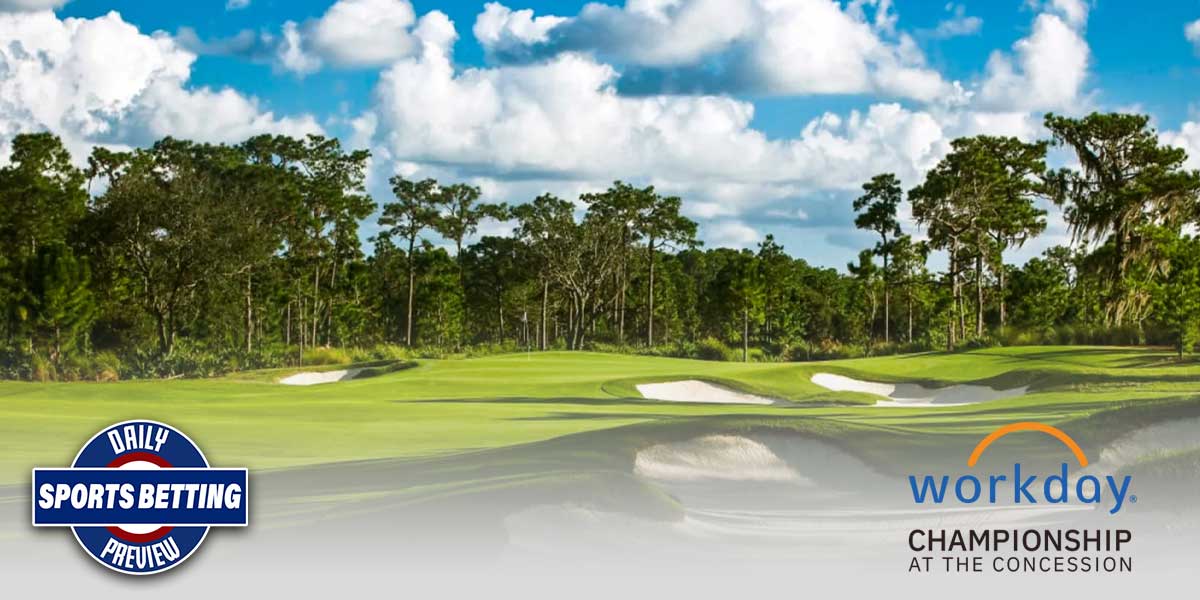 First up on the betting slate is the WGC Workday Championship, which presents some three-ball lines with the biggest names in golf. Then, the Pittsburgh Penguins take on the Washington Capitals in NHL action. Finally, the Milwaukee Bucks battle the New Orleans Pelicans over in the NBA.

The WGC Workday Championship features some of the best golfers in the world, and three ball wagering on Dustin Johnson and Rory McIlroy is certainly a useful method of betting on golf.

Both of those players are involved in this tournament, and both are in different three ball groups.

McIlroy’s group features himself and Justin Thomas, two of the best golfers alive, and they far outstrip Max Homa in the three-ball betting odds.

McIlroy has a healthy advantage over Thomas, despite the fact that the Official World Golf Ranking has Thomas ranked third in the world and McIlroy ranked eighth.

This means that Thomas could be a decent value play in this three ball betting situation, as he’s the highest-ranked player in the group, but does not have the shortest odds.

Dustin Johnson, at this point the undisputed top golfer in the world according to the OWGR, has been at the top of the sport for an astonishing amount of time.

Johnson is currently in third place in terms of weeks spent ranked as the number one golfer in the world, and while he’s not very close to Greg Norman and Tiger Woods, who are ahead of him, it’s a remarkable accomplishment.

There’s no reason to expect him to not win his three ball matchup against Brooks Koepka and Daniel Berger, and the odds reflect this.

Still, getting +110 odds on Johnson having a better score than Koepka and Berger could be a solid play for golf betting enthusiasts.

The Pittsburgh Penguins and the Washington Capitals get set to face off in East Division action as they are among a group of teams battling for the top spots in the division.

Right now, there are five teams in the division with nine or more wins, and both the Penguins and the Capitals are in that group. The division lead is held by the Bruins at 11 wins, so each of these matchups between potential top teams matters a lot in terms of keeping pace.

The Caps are currently in second place in the division, with a record of 9-5-2-2, and are the home team in this matchup.

This game is set as a pick em on the major online sportsbooks, with both teams presenting solid cases as to why they will win.

The Penguins enter this game on a three-game winning streak, and have won five of their last six games. The Caps are playing at home, and have a record of 6-3-1-1 at home, notably better than their road record.

It’s impossible to talk about the Penguins in the context of hockey betting without mentioning their woeful record on the puck line.

The Penguins have a puck line record of 4-13 (2-7 on the road), and that’s a very interesting trend considering that they are getting the handicap in a game that is a moneyline pick ‘em.

This is the hardest kind of game for the Penguins to not cover the puck line - a game in which the moneyline odds are even, and they’re getting spotted +1.5 goals.

In other words, this game puts their woes on the puck line to the test - they should be able to cover, but that’s been true before.

The Milwaukee Bucks have been overtaken in the Eastern Conference by the Philadelphia 76ers and the Brooklyn Nets.

The Bucks are still making a go of it, however, with a 19-13 record that is good for third place in the East. The New Orleans Pelicans, on the other hand, are in 12th place in the West, with a 14-17 record.

The moneyline heavily favors the Bucks, but it might not favor them by enough. The Bucks are killers at home, with a 12-4 record.

This is contrasted with their 7-9 record on the road, a major reason why they’re struggling relative to last year. The Bucks’ home dominance also contrasts starkly with the road ineptitude of the Pelicans, who are 5-10 on the road.

This is a muted version of the discrepancy between their respective straight-up home and road records, but it does seem to indicate that the Bucks on the spread might be a decent play for NBA betting enthusiasts.