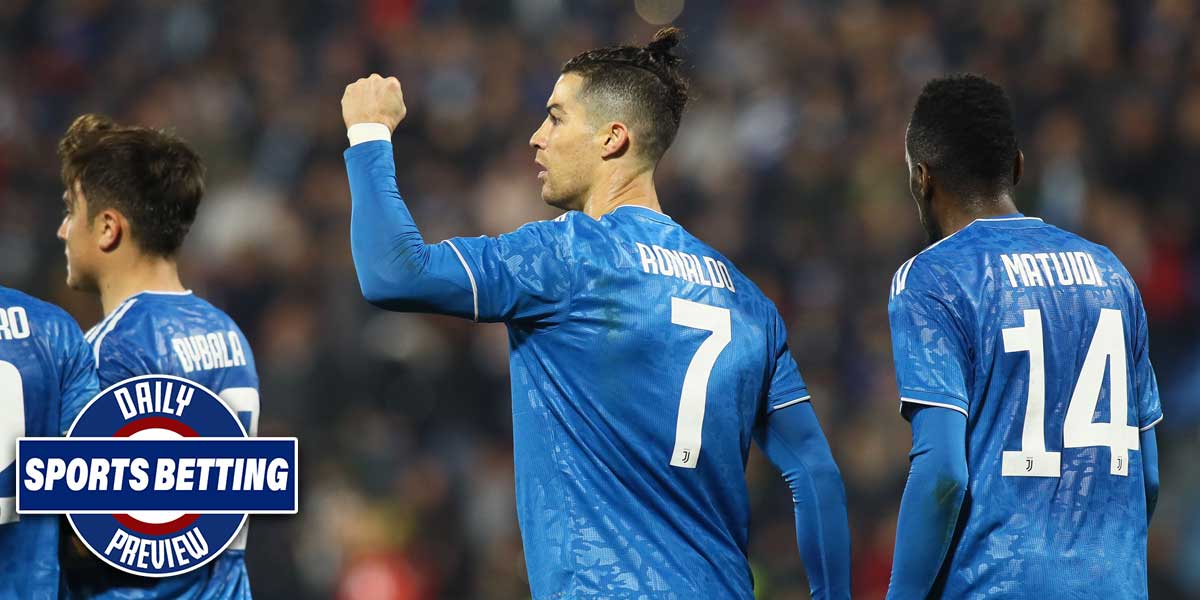 It should come as no surprise to anyone who watches European soccer that Juventus are favorites in this game. Online sportsbooks have The Bianconeri entering as a half-goal favorite on the spread, and are +105 on the moneyline.

This ties into the over/under line for the game: 2.0 goals. This game is expected to be a low scoring affair, with decisive defense taking a heavy role, and perhaps some clinical striking from the likes of Cristiano Ronaldo proving to be the difference in a low scoring game.

Of all the Champions League games that the public knows will be played, zero have over/under lines as low as this game.

The matchup in focus today is the one between American New York City FC and Costa Rican AD San Carlos. It should not be a surprise that the American team from the huge market is favored over the small Costa Rican club, but upsets are always in play in soccer.

NYCFC enters as a goal and a half favorite on the spread, with odds of +105 on that spread. On the moneyline, they are -260 to win the game outright.

NYFC finished the 2019 MLS as the first ranked team in the Eastern Conference and show no signs of slowing down in the opening months of 2020.

Finally, for those interested in the relatively obscure sports that provide excellent betting opportunities, Handball Champions League will be happening for the rest of this week, with many matches coming on February 29 and the first of March.

One match happens today, however, and it should be a good one.

SG Flensburg-Handewitt are the heavy favorites as they take on RK Celje. Flensburg hail from Germany, while Celje are a Slovenian club.

Celje are former handball Champions League winners, in the 2003-2004 iteration of the league, and have been absolutely dominant in Slovenian handball over the recent three decades, winning the Slovenian league 22 of the last 30 years.

Flensburg-Handewitt, however, are the two-time defending champions of Germany’s Handball-Bundesliga, which has earned them significant favorite status in this matchup.