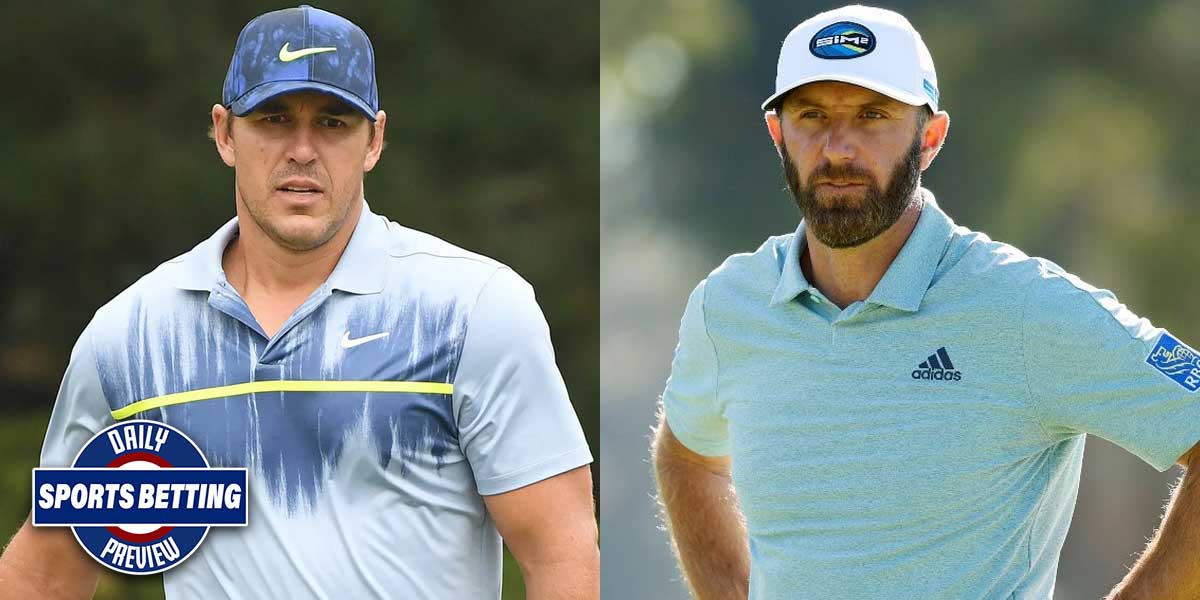 Today’s Preview kicks off with a look at the college football matchup between Southern U and Alabama State. Then, in the NHL, the Colorado Avalanche face off against the Arizona Coyotes. Finally, the second round of the WGC Workday Championship sees solid wagering opportunities on several elite golfers.

Spring FCS Football is here, which means there are going to be tons of college football matchups this weekend. Southern U vs. Alabama State is an appetizer to Saturday’s full slate, and airs at 7:00 p.m. EST on Friday.

Southern U vs. Alabama State Moneyline

The moneyline heavily favors the visitors, Southern U. Southern were the top team in the SWAC last time this conference played, and look to maintain their status in 2021.

It’s not a surprise to see them favored, with Ladarius Skelton being perhaps the best player in this game. Skelton led the team in rushing last season, and that went hand in hand with Southern’s gameplan, which resulted in Southern leading the conference in rushing yards.

Meanwhile, Alabama State has not retained their quarterback from the last time this conference kicked off, and was worse than Southern U to begin with.

Southern U vs. Alabama State Spread

Southern U is favored by 7.5 points on the spread, with a bit of shading going the other direction.

This means that there is a good shot at line shopping on this matchup - bettors can look for either side of the matchup at better odds, given how precariously the spread is balanced right now.

College football betting fans might be a bit out of practice, but line shopping can be a great way to get back into the swing of things and find the best bets.

Despite their similar performances across the season so far, the Avalanche are still notable favorites in the matchup.

Some of this is likely due to betting inertia - the Avalanche were regarded as a top team coming into the season, and bettors seem willing to forgive their slow start. It’s worth noting that they haven’t lived up to the hype, but there’s still plenty of time for them to gel.

The puck line flips the matchup exactly on its head, reversing the moneyline odds.

This presents NHL betting enthusiasts with an interesting quandary, and there’s a lot to consider when wagering on this matchup.

The WGC Workday Championship continues on Friday, and while Thursday’s opening round column focused on three ball wagering, Friday’s will focus on head-to-head matchups.

Some of the best golfers in the world are out on the green today, and wagering on who comes out on top this round is always intriguing.

Brooks Koepka has a heads up matchup with Dustin Johnson on the sportsbooks, and all bettors have to do is pick which one will have the better score this round.

Koepka had a great first round, finishing tied for third place with -5, while Johnson struggled, shooting a +5 in the first round. Despite their performances on Thursday, Johnson is regarded as the best in the world right now, while Koepka is ranked 12th in the world.

The sportsbooks are going with the historically better player, and not letting their performances yesterday change the odds too much.

Rory McIlroy performed well on Thursday, shooting a three-under par to put himself tied for 13th place. Justin Thomas struggled a bit - not as much as Johnson, but Thomas shot a +1, leaving him tied for 44th place.

McIlroy’s performance, combined with his high profile, has put him as a notable favorite over Thomas in the head-to-head. Thomas is the higher-ranked player, but performed worse yesterday, while McIlroy is always a threat to win and has Thursday’s performance to fall back on.

Golf betting fans can wager on either side of this one, and there are good arguments both ways.