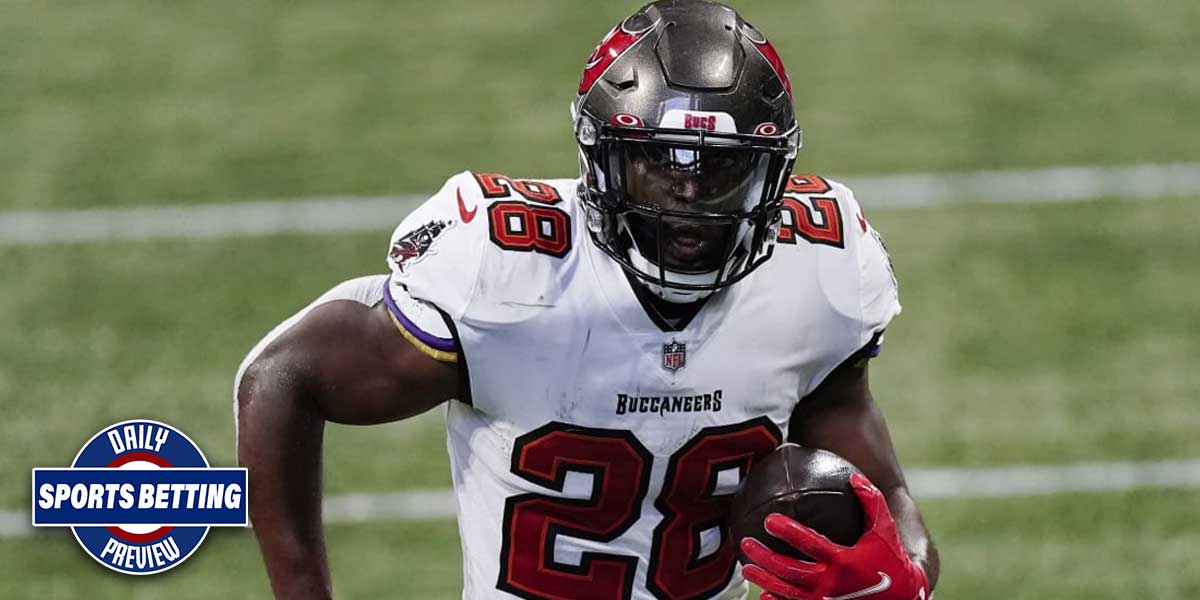 The Super Bowl is in only two days, and many intriguing prop and parlay wagers have been added to the sportsbooks. Then, in the Bundesliga, Hertha Berlin takes on Bayern Munich.

Finally, in the NBA, the Los Angeles Clippers host the Boston Celtics.

One of the unique aspects of Super Bowl betting season is that the sportsbooks offer a volume of wagers that is truly unparalleled.

One manner in which they do this is by allowing bettors to parlay wagers together for increased profit, and then offering those parlays to the public. As an example, take Bovada and the sportsbook's #whatsyawager campaign.

Let’s take a look at some of the most intriguing #whatsyawager bets on Super Bowl LV.

This is a fairly intriguing wager, as it relies on several fairly likely outcomes to occur, but missing any of them could mess it up entirely. Travis Kelce is fairly likely to score, and the Chiefs are favored to win the game. The real question comes from the RB touchdown aspect of the wager.

Darrel Williams scoring a touchdown with Clyde Edwards-Helaire fully available is a bit of a longshot.

Leonard Fournette has gotten plenty of touches for the Buccaneers, but with the two week layoff, it’s very hard to know if that will continue.

This is effectively a wager on whether or not there will be a trick play run in the game, along the lines of the Philly Special.

Given that Tom Brady and Patrick Mahomes will make two players that have passing attempts, only one trick play with a different passer is necessary for this bet to cash.

This is a fairly slick way to get better odds on Tampa Bay to win. Tampa Bay winning likely means that Brady will win the Super Bowl MVP. The Gronkowski TD is added in to make sure that the odds on this parlay are efficient and profitable.

Gronk is not what he once was, but one suspects that the idea here is that in order for TB to win, they’ll need great performances from players like Gronk.

In the Bundesliga, Bayern Munich once again stands head and shoulders above the competition.

Bayern is seven points clear of RB Leipzig, and have won a full three more games than their closest competitors as well. On Friday, the cream of the crop in the Bundesliga battles Hertha Berlin, a team just outside the relegation zone.

Hertha is 15th in the Bundesliga, and has a record of 4 wins, 5 draws and 10 losses on the season.

The matchup, predictably, is not very close.

Bayern is a prohibitive favorite even on the three way moneyline, although it should be noted that Bayern has won their last two matches against Hertha outright, and four of the last five.

The no draw moneyline wager on Bayern Munich is perhaps one of the safest wagers available on any sportsbook this Friday. -850 is a tough ask, and it means that bettors will be risking a significant amount of money in order to capitalize on the 11% returns it offers.

That said, Hertha Berlin has beaten Bayern Munich one time total since 2010, and although they have racked up a few draws in that time, the no draw moneyline makes this wager a fairly safe play for soccer betting fans.

The Boston Celtics are clearly struggling in the new season, despite taking a trip to the Eastern Conference Finals in the bubble.

They enter this tough matchup with the LA Clippers at 11-9, well below where they were expected to be this season. The Celtics are, it’s worth noting, 11-9 against the spread as well, meaning Vegas adjusted quite quickly.

The LA Clippers are playing like a truly elite team in the NBA this year, with a record of 17-6, and Kawhi Leonard having a quietly spectacular season. The Clippers seem to occupy a different echelon than the Celtics, and it’s not a surprise to see the odds in this matchup a bit more lopsided than they would have been last year.

The Clippers opened as 5.0 point favorites, but the online sportsbooks have evidently seen so much money pour in on the Clippers that they are now favored by 6.5 points.

The moneyline odds on this matchup are fairly lopsided, with the Clippers favored at -250 odds.

These odds imply that the Clippers have a roughly 68.9% chance of winning the matchup when the vig is taken into account.