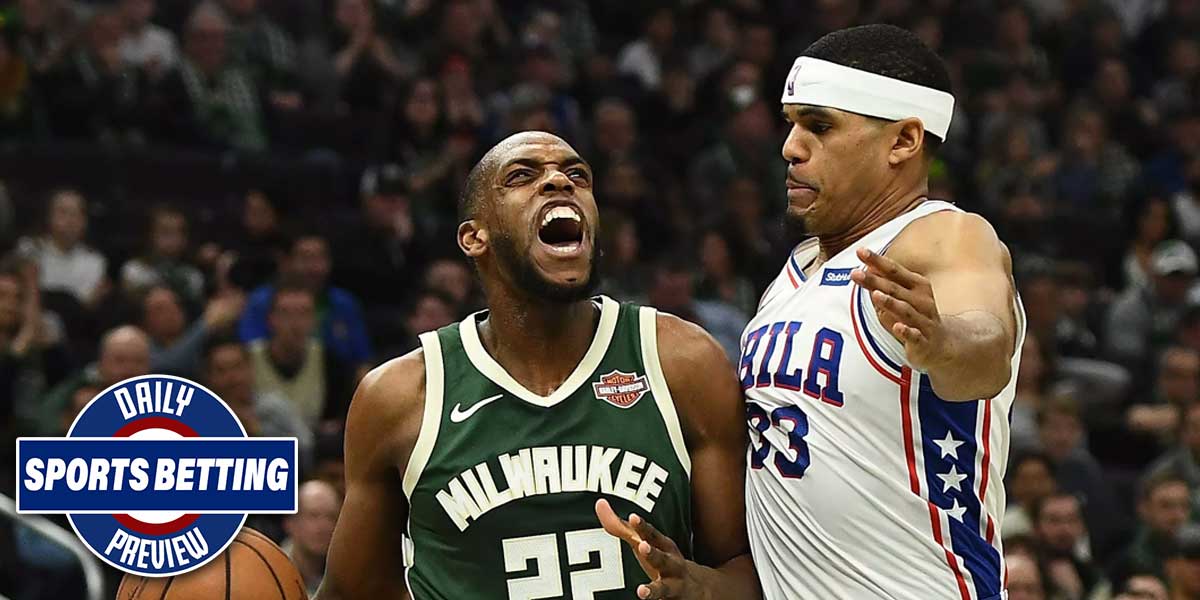 MILWAUKEE - Longtime readers of this column may know that it generally attempts to cover multiple sports, sometimes without an overarching theme beyond: these are interesting sports betting opportunities.

On Thursday, however, this column has a slightly more consistent thematic framework – it examines two games in two different sports between playoff contenders.

First, in the NBA, the Philadelphia 76ers take on the Milwaukee Bucks. Then, in the NHL, the Vegas Golden Knights battle the Florida Panthers.

The Sixers are coming off of a fairly embarrassing loss to the Miami Heat in which Al Horford and Tobias Harris scored a combined 12 points. A narrative has developed over the course of the season that the Sixers just aren’t built correctly, that they’ve made serious mistakes in terms of team construction.

Joel Embiid on whether the #Sixers have an offensive identity right now:

“No we don’t. Spacing is an issue.” pic.twitter.com/VHzwyKNDm4

It should come as no surprise to those betting on the NBA, then, that the Sixers are heavy underdogs here – by nine points. Of course, some of this is due to the absolute dominance their opponents, the Milwaukee Bucks, have exerted over the rest of the NBA.

The Bucks remain on fire, with 43 wins stacking up against only seven losses. They are 9-1 in their last 10 games, 23-3 at home for the season, and generally regarded as the most obvious title contender in the Eastern Conference.

The good news for the Sixers? One of those rare Bucks losses was at their hands. The Sixers have claimed to be built for the playoffs, where the competition is at its height. This is their chance to prove it. The Bucks are the team to beat, and the Sixers need a win.

The Vegas Golden Knights have been reeling after a strong start, and are currently third in their division. Their record is now 27-21-7, and they’re a fairly disappointing 22-33 on the puck line. In other words, they’ve relatively underperformed the expectations of the sportsbooks.

Florida, meanwhile, is trending the opposite direction. The Panthers are 7-2-1 in their last 10 games, and have fought their way to an overall record of 29-17-6. They have an impressive home record as well, 16-8-2, which is responsible for a fair bit of their wins above .500.

Right now, the game is close to a toss-up, with the Golden Knights getting -105 odds on the money line, while the Panthers have -115 odds – bettors could be favoring the Panthers slightly, moving this line from a straight-up pick where both teams have -110 odds to where it is now.

On the puck line, Vegas -1.5 is +215, while Florida +1.5 is -260. This makes some sense in the abstract – these are two relatively even teams on paper, so Florida winning by two goals is regarded as fairly unlikely. This could be worth keeping an eye on though given Florida’s tendencies at home and Vegas’ current slump.