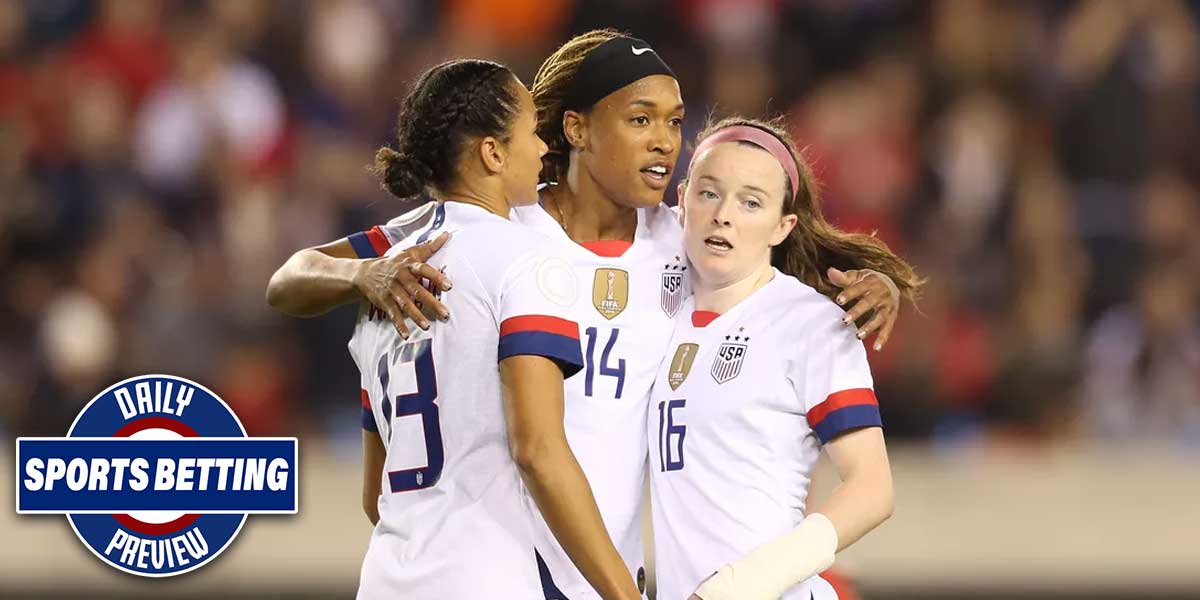 CARSON, Calif. – This column once again travels around the world on Friday.

Starting in London, Crystal Palace hosts Everton in a Premier League matchup. We then return to the United States of America for College Basketball action, as the Maryland Terrapins take on Illinois Fighting Illini.

We finally touch on the United States Women’s Soccer National Team (USWNT) as they take on Mexico in the Olympic Qualifiers. The USWNT has been dominant for a long time and the odds reflect this.

Crystal Palace has had a rough go as of late. They seemed completely safe from relegation, but have not won a game in the Premier League in the year 2020.

Crystal Palace currently sits at 14th in the Premier League, which is notably outside of the relegation zone, but if this run of poor form continues, anything is on the table.

Everton, meanwhile, has been maddeningly inconsistent across the Premier League this season. Their latest victory came over Watford after Everton had gone down by two goals to zero. Everton standout Yerry Mina had two goals in that game.

Everton is about to begin a dangerous stretch on their calendar after the Crystal Palace game, facing Arsenal, Manchester United, Chelsea and Liverpool in their four games after this one, so they might need to bank this win.

Ninth-ranked Maryland takes a visit to the Midwest to take on the Fighting Illini, in a tough ranked matchup. Both teams are on relative hot streaks, with 8-2 records in their last ten games.

Maryland is 18-4 on the season, but all four of those losses have come on the road, and they have only achieved two road victories. A 2-4 road record is anything but inspiring, although it is worth noting that Maryland is the higher-ranked of the two teams.

Maryland only won their first road game of the season on January 21st, which is a pretty incredible statistic. It was a cause for celebration among Maryland fans, who had bemoaned the state of their team’s road play.

Illinois enters the game ranked 20th, with a record of 16-6, and a quite impressive 12-1 home record. It has been observed this season that bettors have been laying a lot of home teams, as the splits from home and away have been stark across the board during this college basketball season, and this game is a prime example of that.

Illinois, the lower-ranked team, enters as a three-point favorite, likely off the strength of their home record contrasted with Maryland’s road record.

Maryland has won their last five games, and would quite like to continue that winning streak, and the rankings rise that has come with it, but they appear to face a dangerous test in Illinois.

The famed USA Women’s National Team takes on rivals Mexico, in the closest thing to a local rivalry that exists in Women’s Soccer. In terms of quality, however, the USA Women are regarded as dramatically better, with good reason – they’re the best team in the world and haven’t lost in 26 games.

The only odds out on this game currently are the spread, as the USA Women would likely be a prohibitive money line favorite.

Mexico might not win, but that spread is truly massive, as it has to be when a game like this occurs. Sports bettors would be wise to examine the teams and their histories before placing a wager. The online sportsbooks definitely do.