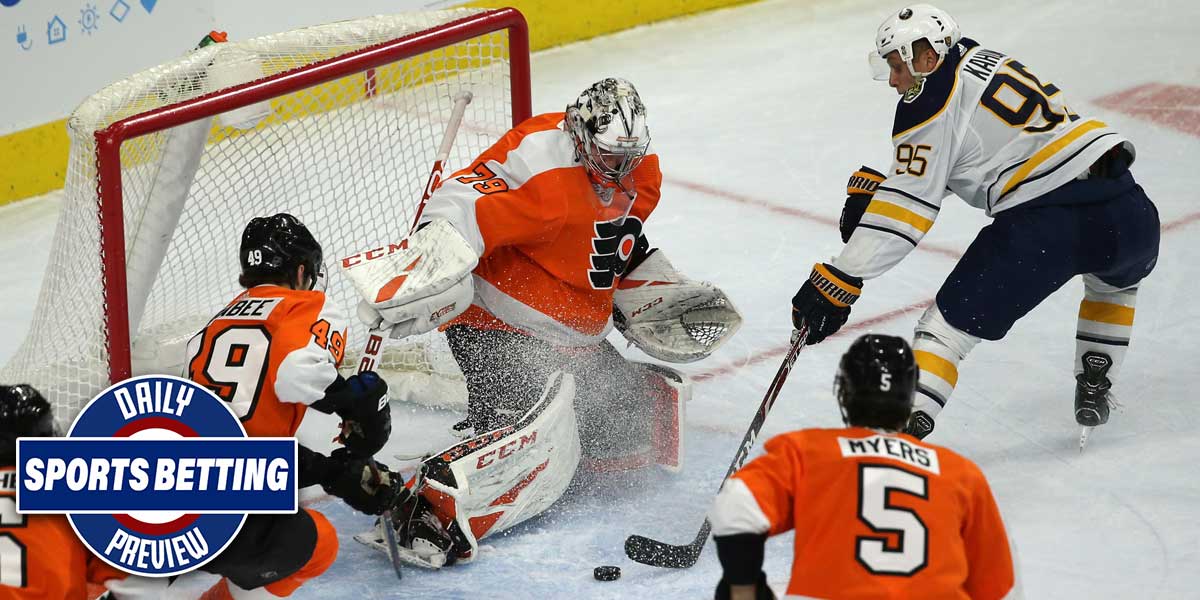 PHILADELPHIA - The Daily Sports Betting Preview is back! Today, the preview examines three games in three sports. It starts out in the National Hockey League, where the Boston Bruins battle the Philadelphia Flyers. Then, in the UEFA Champions League, Atalanta takes on Valencia. Finally, in NCAA Men’s Basketball, the North Carolina Tarheels take on the Virginia Tech Hokies in the opening of the ACC Tournament.

Two of the best teams in the National Hockey League meet tonight, in Philadelphia, as the Boston Bruins travel to take on the Philadelphia Flyers.

The Bruins are a colossal 43-14-12 for the season, and have avoided many losses by turning them into draws.

The Flyers are at home this game, and that brings up one of the most impressive things about their team: their home record. Philadelphia is a, and have demonstrated a dangerous aptitude there.

One of the other strengths of Philadelphia this year is their play on the puck line. Overall, they are 43-25 against the puck line and represents their ability to outperform expectations well.

Boston, for their part, is no slouch on the road, but they are a little bit worse than at home. Overall, their road record is 21-10-3.

This is one of the better NHL games of the year, and bettors are well-advised to pay attention to it.

Atalanta, the Champions League’s underdog story, is faced with the second leg of their Round of 16 battle against Valencia today.

The so-called underdogs dominated the first leg putting four goals in the back of the net en route to a 4-1 rout of Valencia.

In the second leg, all Atalanta has to do is not allow Valencia to do the same to them.

Despite their dominant performance in the first leg, and their very favorable odds to make it through regardless of the result of this match due to the aggregate score, Atalanta are barely favored in this match.

The spread on the soccer match is actually even on Bovada, which provides some interesting opportunities.

What this means is that a bettor could use this spread to bet on either team in exchange for fading the possibility of a draw.

Fading the possibility of a draw is not done lightly here, however – bettors should keep in mind that, given this is the second leg of a tie that Atalanta is already dramatically ahead in, they could be incentivized to play defensively and keep the scoring down.

The first round of the ACC Tournament brings sports bettors a treat in the form of this matchup between the North Carolina Tarheels and the Virginia Tech Hokies.

North Carolina enter this game as a mild favorite, by four points on the spread, and it’s worth noting that UNC -4 has -115 odds at this point, reflecting some shading towards them.

The over/under for this college basketball game is set at 142 points, with no shading either way – yet.

North Carolina is 13-18 for the season, while Virginia Tech is 16-15, as neither team has had a truly stellar season.

Interestingly, North Carolina is also 13-18 against the spread, while Virginia Tech is 12-19.

The game does take place at a neutral site, so there might not be much value in analyzing the home and away splits of the two teams in question.

Overall, UNC seems to be favored due to pure talent – when they last played VT, two of their best players were missing, and the sportsbooks seem to think that could have made the difference.