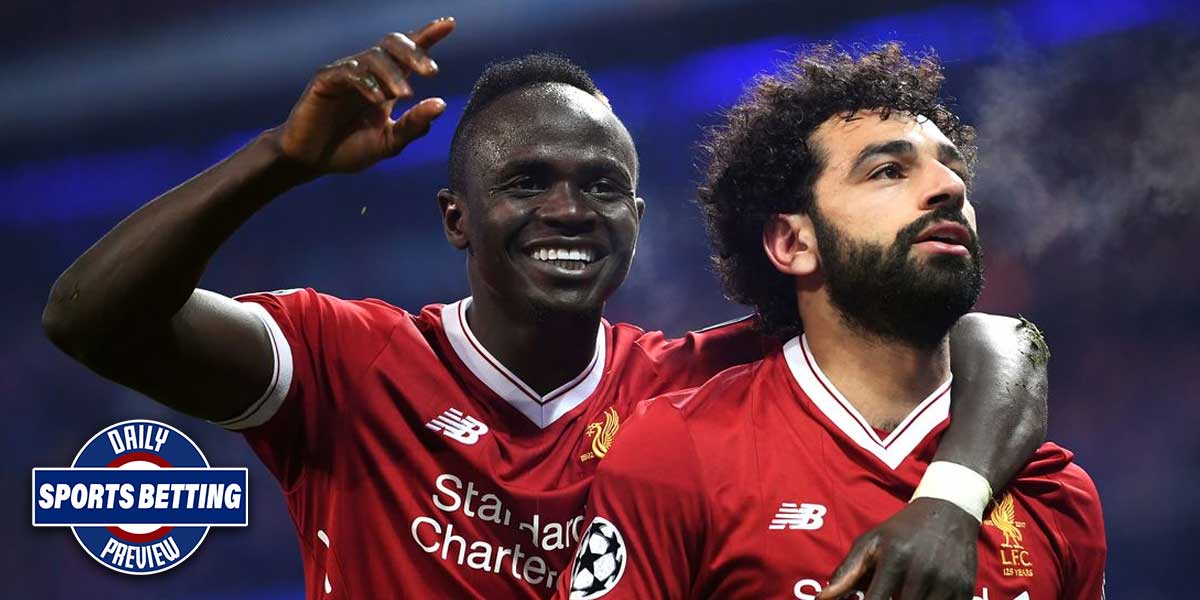 This Preview kicks off with a look at the soccer matchup between Liverpool FC and RB Leipzig. Then, in the ACC’s Conference Tournament, the North Carolina Tar Heels take on the Notre Dame Fighting Irish. Finally, in the NBA, the San Antonio Spurs take on the Dallas Mavericks.

The Champions League Round of 16 continues Wednesday, as Liverpool FC faces off against RB Leipzig.

This is the second leg of this cup tie, with the first leg going to Liverpool at home by a score of 2-0. This means that Liverpool are incentivized to play defensively in this matchup, as not only are they up two goals, they’ve stopped Leipzig from getting any away goals.

The three-way moneyline has both teams as very close to even, with Leipzig slightly edging out Liverpool’s odds, but neither team approaching being an odds on favorite.

This reflects the degree to which Liverpool are incentivized to hang back and let the game come to them.

A loss of 3-1 still sends Liverpool through via the away goals tiebreaker, and any loss smaller than that will send them through as well.

The no draw moneyline reduces the difference between the teams even further, and turns the match into a pick ‘em.

Wagering on this matchup is difficult, as it seems Liverpool is the more talented team, but they have every reason to be happy with a draw or a close loss.

In terms of qualification, Liverpool are very likely to make it to the next round of the Champions League at this point.

They would need to lose by at least three goals in order to fail to qualify.

Soccer betting fans can approach this matchup in various ways, but the major aspect to keep in mind is that Liverpool have a big advantage coming into this second leg, and it will influence how they play this match.

The ACC Tournament continues on Wednesday with a matchup between the UNC Tar Heels and the Notre Dame Fighting Irish.

The records of the two teams are fairly far apart, with Notre Dame at 11-14 and UNC at 16-9, but the game itself seems to be reasonably close on the spread.

While UNC are significant favorites, the game does not seem entirely out of reach for the Fighting Irish.

In some ways this is surprising, as Notre Dame has only covered the spread in one of their last six games. Indeed, the Fighting Irish have an 11-14 record against the spread, which is not an ideal situation for betting on the underdog.

One intriguing aspect of this matchup is that it will take place at a neutral site, but that neutral site is the Greensboro Coliseum. While this is not UNC’s home court, one wonders what degree of benefit they’ll get from playing so close to home.

UNC has a 10-1 record when playing at home, and this matchup being in North Carolina might just be close enough to count.

College basketball betting fans have a lot to consider when it comes to wagering on this intriguing matchup.

From college basketball, bettors can also look at the NBA if they want to get a basketball fix this fine Wednesday.

The San Antonio Spurs have been a surprisingly good team this year, with a record of 18-14 putting them squarely in the Western Conference playoffs if the season ended today.

The Dallas Mavericks were expected to excel, and their 18-16 record looks mildly disappointing in the face of those expectations.

If the season ended today, these two teams would be the seventh and eighth seeds in the Western Conference.

The spread for this matchup favors the home team, the Dallas Mavericks, by around 4.5 points, which is more than the typical home court advantage if both teams are regarded as equal.

There is some shading towards the Spurs on this line, but it still seems as though the sportsbooks regard the Mavericks as the better team.

Some of this is likely related to preseason expectations, and the fact that the sportsbooks could reasonably expect both teams to begin to regress to the mean.

For Dallas, this would likely mean an improvement in results, while for San Antonio, it would mean falling lower in the standings.

The moneyline for the matchup gives the Mavericks a very good shot at winning, with -180 odds.

This implies a 64.3% chance of a Mavericks victory. NBA betting enthusiasts will have to weigh that chance against what they believe to be the actual chances the Mavericks win this matchup, and bet the moneyline based on that calculation.