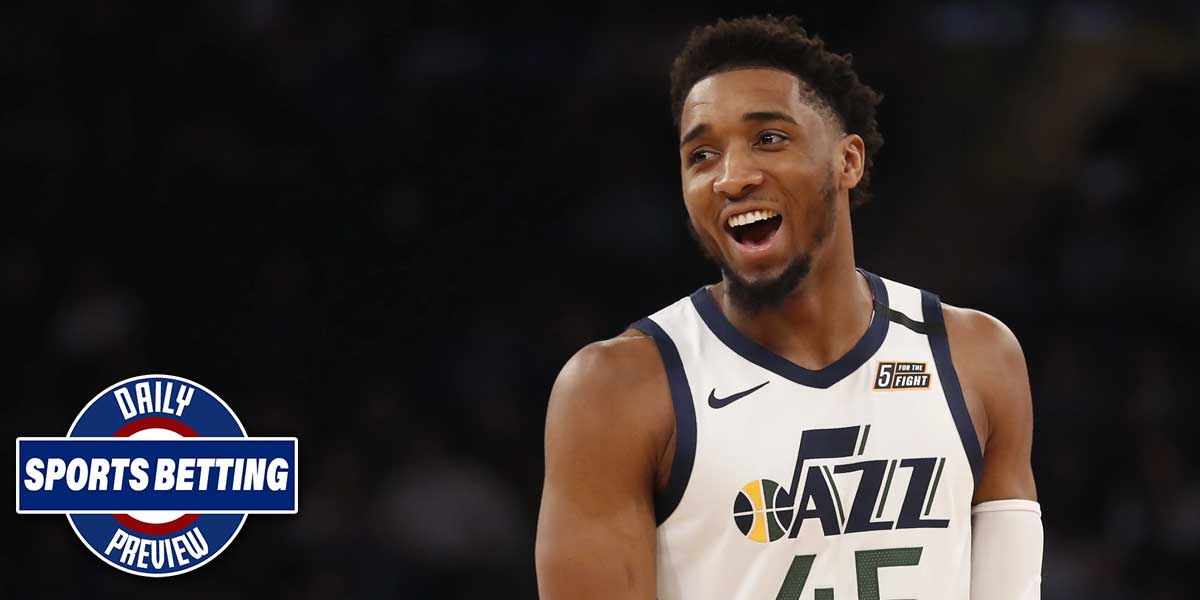 In the NBA, the Utah Jazz travel to Oklahoma City to take on the Oklahoma City Thunder. In the NCAA, the ACC tournament brings the Clemson Tigers to a clash with the Miami Hurricanes.

In the Champions League, Liverpool looks to avenge their defeat at the hands of Atletico Madrid, and move on to the next round of the competition.

The Oklahoma City Thunder were never expected to be home favorites against the Utah Jazz this season, but for those betting on the NBA in 2020, this may come as no surprise.

The Thunder have become known in gambling circles as the team that is excellent against the spread – and they are, with a 40-24 record ATS.

However, there are two caveats to this statement.

First, the Thunder are fairly average against the spread when they play at home, and only tend to be incredible ATS on the road.

Second, once a team becomes known as being good against the spread, it’s only a matter of time before the oddsmakers pick up on it.

Nobody can know for sure if they have, but it is worth noting that the Thunder are only 5-5 against the spread in their last ten games – exactly where the oddsmakers would like them to be.

The Thunder are very mild favorites in this game, with a spread of somewhere between -2 and -1 depending on where the odds are found. This is a good game to keep an eye on multiple sportsbooks, as there is some variance between the odds on this game and that may benefit bettors shopping lines.

Nobody expected the Thunder to be here, but the oddsmakers seem to expect them to win, and it’s possible that they’re no longer underrating the dangerous Oklahoma City team.

This one is worth keeping an eye on.

On the subject of teams with very similar records and profiles, the Clemson Tigers take on the Miami Hurricanes in the ACC tournament today.

The Tigers enter as a 4-point favorite on the spread and are -200 on the moneyline. This has been a line that has consistently moved in their direction after opening at Clemson -2.5. On Wednesday, it moved from Clemson -3.5 to Clemson -4.

Clemson is favored by 4 points in this game, which one might assume to be a result of the good wins they racked up over the season, including wins over Louisville, Duke, and Florida State.

However, on paper, the two teams in this game have very similar resumes.

Clemson is a talented team, and this talent appears to be giving them an edge according to the college basketball sportsbooks – bettors are slamming money on them, and the line is moving in their favor consistently.

This game is worth examining critically, especially if a given sports bettor reads this and then sees that the line has moved further – which would change the calculations needed to be profitable fairly drastically.

Liverpool have finally taken their first loss in the Premier League, and Atletico Madrid’s performance against them in the first leg of this Champions League tie was regarded by many as laying out the blueprint for how to defeat the dominant Liverpool team.

Liverpool is favored by a full goal in this rematch, after losing the first leg. On the moneyline, Liverpool are -180, while Atletico Madrid are +550, and a draw is +300.

Atletico only needs a draw to go through, given their success in the first leg. Soccer bettors should note, they are one of the most adept teams at “parking the bus” and defending heavily.

This theory of the game is borne out in the over/under line as well, which is set at 2.5 goals, an astonishingly low number, only possible because both of these teams are defensive giants, and one of them is clearly incentivized to just stick as many people in front of the goal as possible and stop the other team from scoring.

This is certainly a strategy that will be at play in this game, and is worth paying attention to – soccer is one of the games where certain strategies can greatly affect the lines, and this is one of the matches that could bear that out.