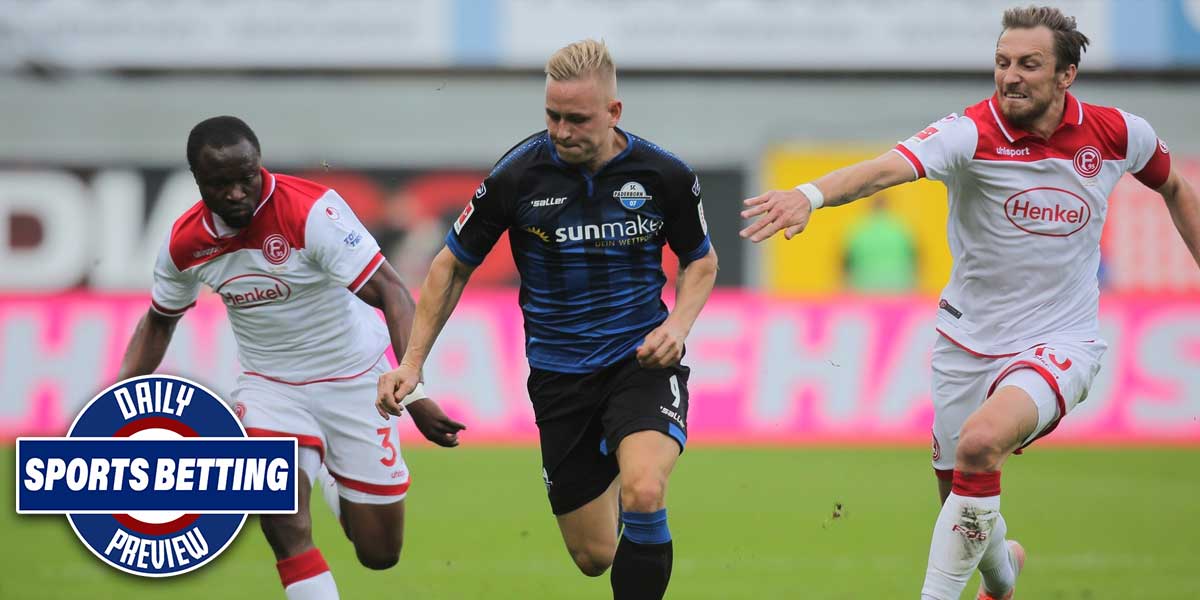 Dusseldorf, Germany – The coronavirus known as COVID-19 has shut down many major sports leagues. At USAOnlineSportsbooks.com, we know what our readership is here for, however.

There are still sports running, and there are still things to bet on – and now that many people are stuck at home, there’s probably more time within which to do those things.

The preview starts out with the Bundesliga, which has not been canceled despite several other European leagues being canceled. Bundesliga soccer matches are still scheduled to run throughout the weekend, and today, Fortuna Dusseldorf takes on Paderborn.

Next, the Cheltenham Festival provides some horserace betting action to those interested, with multiple races on both Friday and Saturday.

Finally, it’s worth highlighting the odds on when things will start going back to normal, and each league will return. Some online sportsbooks are offering odds on that as well.

The German Bundesliga, apparently relatively safe from the pandemic, continues on as scheduled. There are a fair amount of games in the league going on over the next few days, but only one scheduled for Friday.

This game features Fortuna Dusseldorf taking on Paderborn, in a battle to steal our attention away from COVID-19.

A draw has very similar odds to Paderborn, with +275 odds.

The over/under for the game is set at three goals, but this could change – there is heavy shading towards the under right now.

There is a lot of shading going on when it comes to the lines for this game. The over/under shades toward the under, and the 0.5 goal spread shades toward Paderborn.

This preview will focus on the Cheltenham Gold Cup, but in times like this, it can be useful to keep an eye on all of the races today and tomorrow.

The top eight favorites for the Cheltenham Gold Cup are:

Al Boum Photo is a significant favorite in this race – but not a favorite against the entire field. Delta Work and Santini are fairly close to Al Boum Photo in terms of odds, and are followed themselves by Clan Des Obeaux.

There are twelve horses competing in the Gold Cup, and the odds extend down to the +10000 odds given to Elegant Escape.

With all of the screentime and attention being paid to the cancellation and postponement of the major American sporting leagues such as the NBA and the NCAA, it’s no surprise that some sportsbooks would offer odds on when their main cash cows will be back.

For an example of the first kind, from Bovada:

When Will The NBA Officially Resume The Regular Season Schedule?

From this, it is apparent that the NBA is expected to be out of commission for at least another month, as “On Or After April 15th” is a heavy favorite in this bet.

For an example of the second kind of bet, also from Bovada:

What League Will Be First To Play A Regular Season Or Playoff Game?

It was announced that the MLB Season would be postponed at least two weeks. The season was expected to start on March 26th, 2020, so a delay of around two weeks puts it somewhere in the area of April 10th, 2020.

This is enough for it to be favored, as it is the earliest date being floated at all. It is worth noting, however, that the wording of the announcement of the delay mentioned that it would be “at least” two weeks, so it could be a little longer than that.