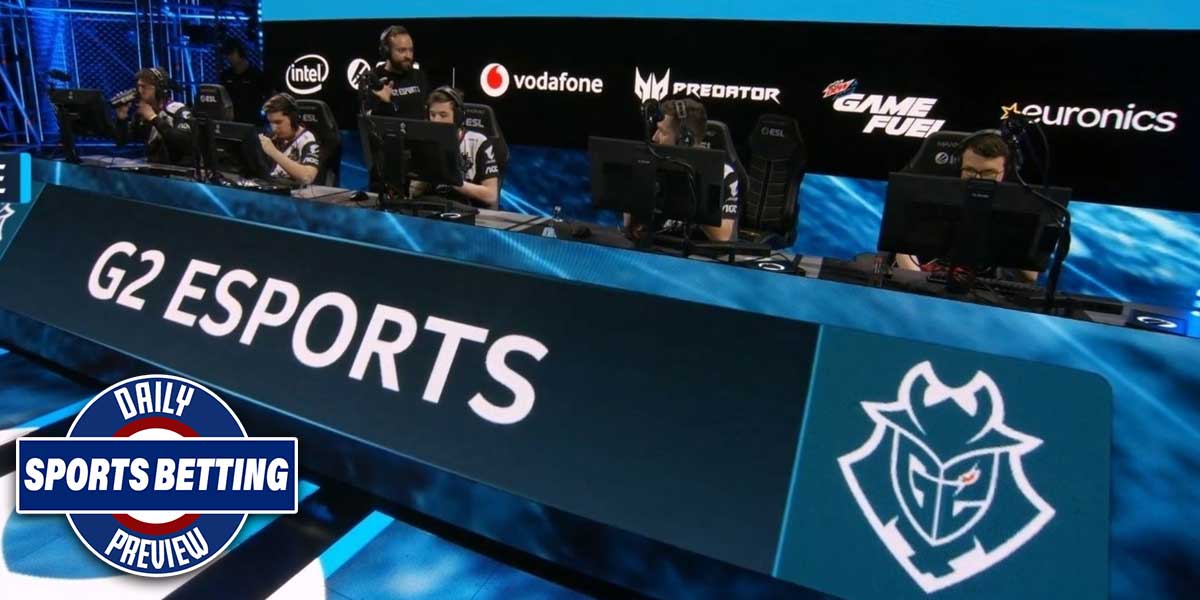 LAS VEGAS – The Daily Sports Betting Preview is back, and while COVID-19 may have knocked out the major American sports leagues, this column often touched on lesser-known, more obscure competitions. Because they are relatively unknown at online sportsbooks, these matches are likelier to have weaker lines that can be exploited.

During the shutdown, the preview returns to these familiar waters, only now, these formerly obscure competitions are the biggest games in town.

Fear not, gambling fans, because although many major traditional sports have been suspended, esports have a distinct advantage in times like these – they don’t require human contact.

The ESL Pro League is something that sports bettors should likely get familiar with – it is a currently running competition in a team-based shooting game called Counter-Strike: Global Offensive, one of the classics of esports.

It takes place in European time zones, so that is one thing to keep in mind. By the time this article is published, there will be two remaining matches in the day, so the preview will focus on those.

At 1 p.m. EST, Team Vitality will take on GODSENT. Vitality are favorites on the moneyline, with -235 odds to win the match outright, while GODSENT checks in with +170 odds.

Readers of this column may already be aware of this, but CS:GO betting tends to use a method similar to the puck line in hockey to set the spreads – the oddsmakers give the underdog a handicap of +1.5, the favorite a handicap of -1.5, and then people bet on those modified spreads.

The over/under line for the match is set at 2.5, and there is significant shading towards the under going on – the over has even odds, while the under has -140.

The second match on the docket today is between Astralis and Ninjas In Pyjamas. Astralis are an exceedingly dominant team, and that shows no signs of changing today.

Astralis enter this match as a monstrous favorite, -900 on the moneyline. Ninjas In Pyjamas clock in as a healthy +500 underdog.

The over/under line for this match is quite interesting. It is set at 2.5, which appears to simply be the default for CS:GO betting, but the shading on it is quite intense.

Over 2.5 is +185, while Under 2.5 is -265. This is actually a pattern with Astralis – similar effects are seen in the projections of their battles against GODSENT and ENCE, which will be happening in the coming days.

This match starts at 5:00 p.m. and should serve as a good introduction to one of the better teams in the sport.

The Challenger Series in table tennis bills itself as a springboard for younger talent in the game. This type of competition is rife with opportunities for sports bettors, as there are many mismatched games with long odds on the underdogs.

There are a total of 10 matches that will be played over the course of Monday in the Challenger Series, which is another advantage of focusing on competitions like this – they allow for a high volume of betting.

While discussing all ten matches today is obviously not within the purview of this column, it does seem wise to highlight some interesting potential opportunities in the competition.

Nico Wenger finds himself in tough spots multiple times – he has two matches where his opponents are -4000 favorites over him.

Cheaib is worth highlighting in his own right. He plays three matches today, and is a heavy favorite in all of them. Against Kyuhyun Lim, Cheaib is favored at -2000, and against Josip Huzjak, Cheaib is a -4000 favorite. As discussed, he is a favorite against Nico Wenger at -4000 as well.

Overall, the volume and lines in this competition make it a potentially profitable endeavor for any sports bettors struggling to find an outlet at the state-licensed sports betting locations.