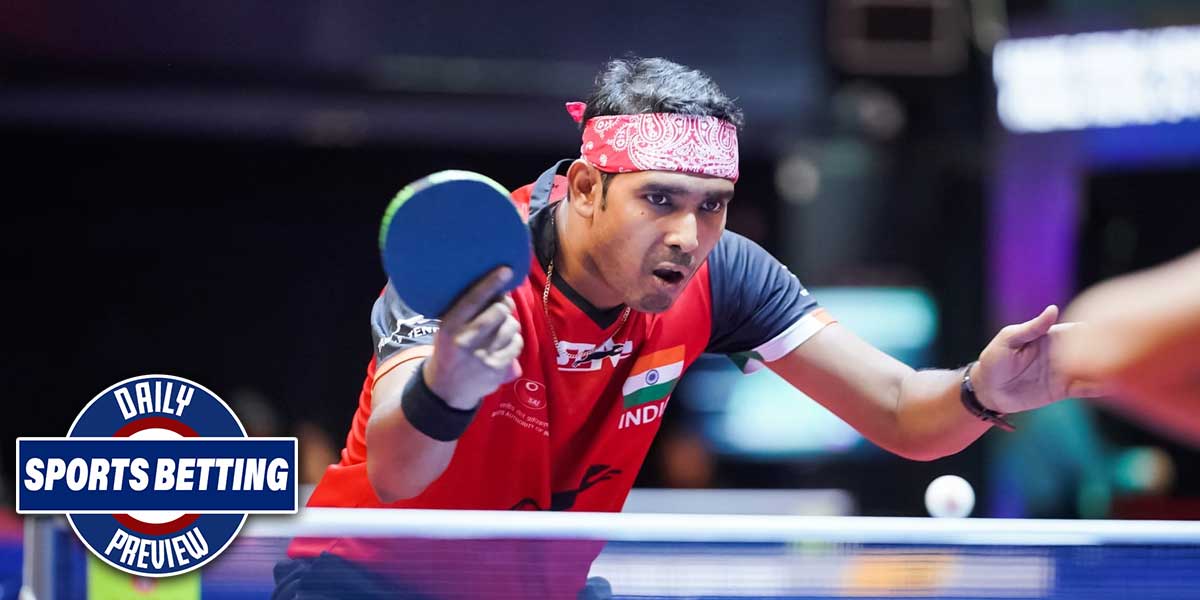 ST. PETERSBURG, Russia - Welcome back to the Daily Sports Betting Preview – to all the loyal sports bettors out there! The Preview is shaping up to be a great one today, with a double up on Russian sports, some of which are still occurring during this time of COVID-19 based shutdowns across the globe.

The first Russian sport that the Preview will cover today is Table Tennis, which brings an astounding number of matches to the betting slate today, as part of the Russian Pro League series of competitions.

The Russian Pro League brings table tennis action to everyone during these trying times, in large amounts and quantities.

Today’s edition carries 26 remaining matches, that start anywhere from 9:30 a.m. EST to 3:30 p.m. EST – this is an all-day competition, even for those sports bettors located in the United States.

The biggest thing for bettors to note in this competition is the existence of Sergey Medvedev, who has by far the shortest odds in many of his matches today.

In one match, against Ilya Berezin, Medvedev is a monstrous -425 favorite to Berezin’s +275.

The same odds repeat for Medvedev’s match against Pavel Tarutin. Medvedev again enters as a -425 favorite, while Tarutin enters with +275 odds.

However, Medvedev’s other two matches are not nearly so cut and dry for the sportsbooks to handicap.

In fact, Medvedev enters both of his other two matches as the underdog.

Against Anton Asimov, Medvedev is +125, while Asimov is -175, while against Egor Ovchinnikov, Medvedev has his longest odds of the day at +175. Ovchinnikov is -250 to win that match.

Here’s where things get really interesting, though: remember Pavel Tarutin? He was one of the guys that Medvedev was favored to win big over.

Tarutin is -175 against Anton Asimov, who was one of the guys favored to beat Medvedev.

This is an interesting development, and something to keep an eye on – perhaps common opponents are a bad way to evaluate the strength of players, or perhaps something else is going on.

The St. Petersburg Championship brings seven volleyball matches to the table for sports bettors to enjoy.

Starting at 11:45 a.m. EST, and lasting until the afternoon (the last match starts at 2:00 p.m.), the St. Petersburg Championship should provide an excellent lunchtime diversion to the many USA based online sports bettors still looking to fill their days with wagering on sports.

There are seven matches today, and, as always on the Daily Sports Betting Preview, the focus will be placed on the most interesting odds.

At 1:30 p.m. EST, Neuderzhimmye takes on Team ETU8 – and has the most prohibitive favorite handicap in the entire competition.

So where’s the opportunity here?

Well, this is an excellent match to focus on live betting. Let’s say ETU8 goes out ahead early – suddenly a given sports bettor could get Neuderzhimmye at much better odds than pre-match.

This is the kind of game that can allow for some interesting hedging opportunities when it is followed closely via live betting.

Remember, in these trying times, many sports bettors have an opportunity to hone their skills and the knowledge of their craft – and they should take advantage of it.