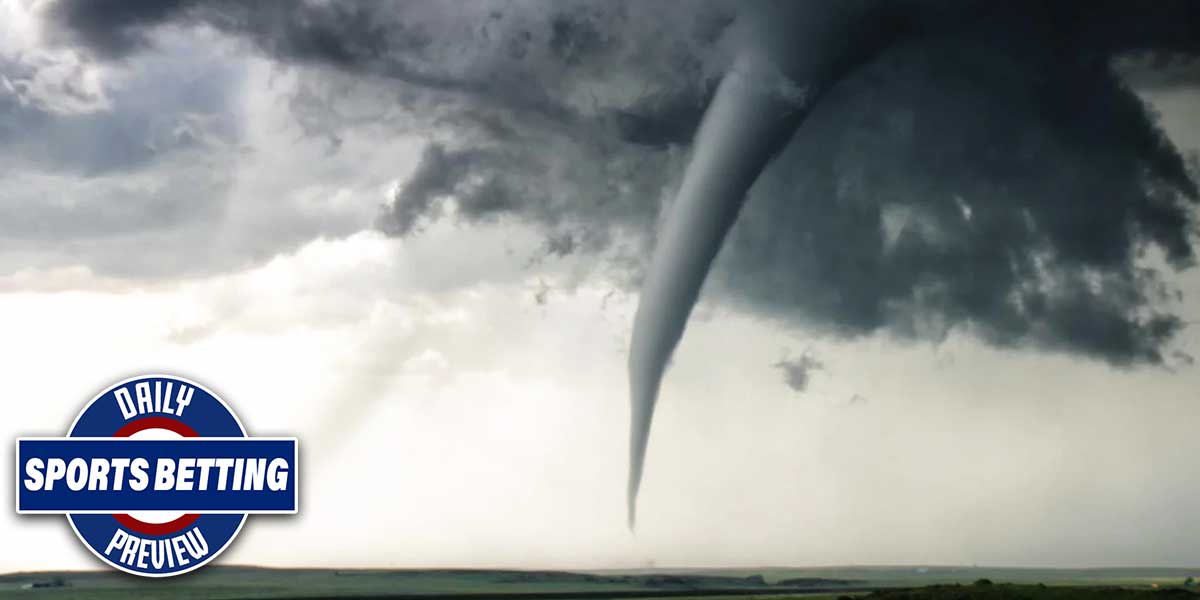 LAS VEGAS - The Daily Sports Betting Preview continues the search for things to bet on today, and brings three unique betting opportunities to the table.

First, sportsbooks have recently added the opportunity to bet on the weather. In a post COVID-19 world, betting on the weather can help add some stability to a betting slate.

Second, some soccer teams have organized what they are calling the FIFA Quaran-Team, wherein they play each other on the FIFA series of video games. The tournament is comprised of 128 teams, and should be an interesting betting opportunity.

And finally, the PGA Minor Tour takes on the PGA Champion’s Course today, which adds an element of intrigue to the betting slate.

Without further ado, let’s get started!

In a world that is post COVID-19 outbreak, many sports have been canceled. It has affected people, including this column and its writers, in different ways.

One way it has affected the sportsbooks is that it has brought many unique types of betting to prominence that probably wouldn’t have gotten the time of day if sports had still been going.

Weather betting is one of those hidden gems that the cancellation of major sports has revealed to us.

The form it takes is basically the sportsbooks pick a place in the world and set an over/under line for either the maximum temperature or the minimum temperature.

Bettors then guess which side of the line reality will fall on, and winners take home the money, of course.

The sportsbooks offer these bets off and on during the time of quarantine. The real lesson here is to check and see what is new on each of the sportsbooks, and see what you can learn, because they will be throwing stuff like this at the wall for a while.

Given that most major soccer leagues have been canceled, from the Premier League in England, to France’s Ligue 1, to Germany’s Bundesliga, the soccer world needs something to watch.

The basic idea of the FIFA Quaran-Team is that the teams will play each other in the FIFA series of video games, instead of in real life.

A total of 128 teams from across the major soccer leagues will be represented in the tournament, and it should be a very interesting test case as to how teams and fans adapt to life after COVID-19.

According to The Telegraph, the competition was started by Leyton Orient, a League Two team, fairly far down in the English Soccer ecosystem.

Right now, the favorite to win it all is Middlesbrough, a team that would never be favored to win something like this in real life.

Middlesbrough is +600 to win the entire 128 team tournament, which is impressively short odds in a field of that size.

The competition kicks off today with five matches and should be running for a while. Expect the Preview to revisit it if it gains traction - it’s a fascinating betting opportunity.

The PGA brings some golf action to the betting slate, as the Minor League Tour hits the PGA National Champion’s Course.

This is a one-day event, and betting closes at 12:33 p.m. on Bovada, so golf bettors would be wise to get their bets in while they can.

The top ten favorites in terms of odds to win are:

Nobody else has +2500 odds or better, with the next closest odds belonging to Jason Thresher, Luke Graboyes, and Olin Browne Jr., who all have +2800 odds.

The two heavy favorites are Dan McCarthy and Sunny Kim. Kim is fresh off of shooting a 59 at the Fox Club, which is a Par 71 course, and might be the hottest player on the Minor League Tour.

McCarthy is a sometime PGA Tour player, who is the favorite in this wide field, slightly edging out Kim. Both of them have enormously short odds in the context of how large the field is in most golf tournaments, including this one.

Golf’s return is a welcome distraction from the current state of affairs, and frankly, cannot come soon enough for many sports bettors.