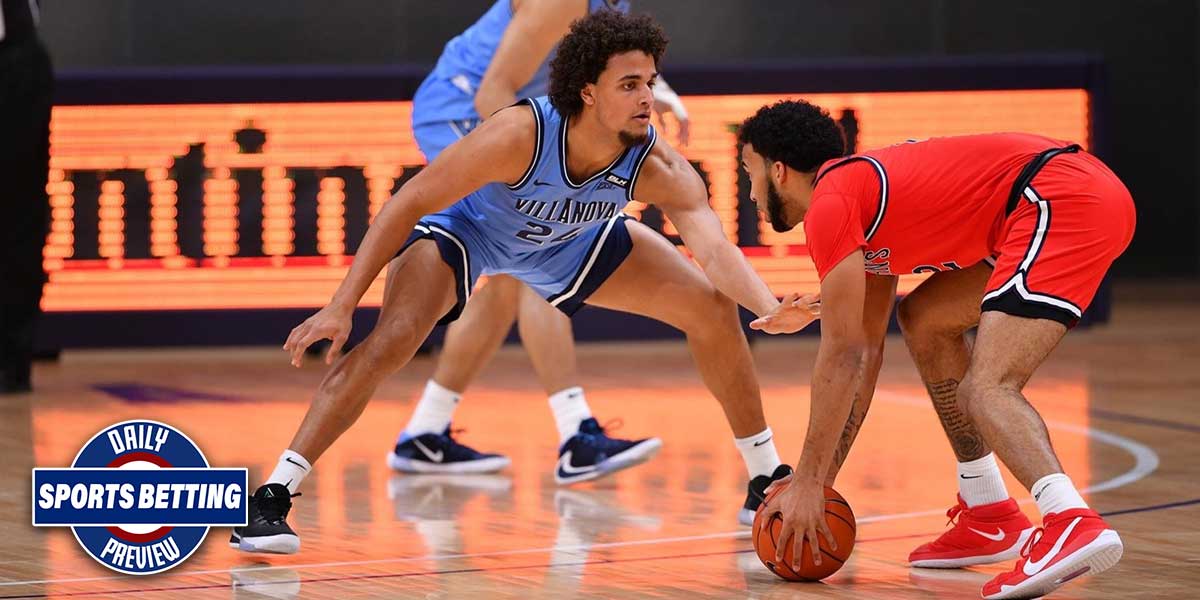 LAS VEGAS - Wednesday’s edition of the Daily Sports Betting Preview is looking like a great one.

The Preview kicks off with a college basketball matchup between the Villanova Wildcats and the Creighton Bluejays. Then, in the Copa Del Rey, Barcelona takes on Sevilla. Finally, ATP Rotterdam features a matchup between Andy Murray and Andrey Rublev.

Two elite teams are set to face off in the world of college basketball as Creighton takes on Villanova.

Creighton, the road team in this matchup, is ranked 14th in the AP Poll, and has a record of 17-6 overall.

Villanova, ranked 10th by the AP, is the home team, and boasts a 15-4 record straight up.

The moneyline has Villanova nearing 2:1 odds over Creighton, which is fairly surprising in the context of how closely ranked the two teams are.

However, there is a fairly solid explanation for why the odds are this lopsided on the moneyline.

Villanova has not lost a game at home this season. While Creighton does have a solid road record at 7-3, Villanova’s 8-0 home record is a relatively clear indicator of their high-performance level at home.

However, Creighton does have a 4-0 ATS record in their last four games as underdogs.

This matchup presents a lot of intriguing options for college basketball betting enthusiasts, with valid arguments for taking either team on the spread and the moneyline.

The second leg of the Copa Del Rey semi-final matchup between Barcelona and Sevilla is set to kick off at 3:00 p.m. EST on Wednesday.

The first leg saw Sevilla hand Barcelona a 2-0 defeat, which makes them significant favorites to go through regardless of the result of this match.

Barcelona needs a big win today, and that could impact the way in which they approach the match.

When wagering on this matchup, it’s important to remember that Barcelona needs to win by at least two goals in order to potentially stay alive.

This means that a defeat by only one goal is actually a win for Sevilla, and will send them through to the finals of the Copa Del Rey. Naturally, they are incentivized to hang back and play defensively, at least until Barcelona proves they can score.

This means that Sevilla, already unlikely to defeat a team like Barcelona, have fairly long odds for the straight up victory.

Barcelona vs. Sevilla No Draw Moneyline

However, in terms of who is liable to go through to the next round, the matchup clearly favors Sevilla, since they scored two away goals in their victory over Barcelona in February.

Barcelona vs. Sevilla - Odds To Go To Finals

This is a matchup with a lot of different possible outcomes, as it’s hard to believe that two away goals will be enough to keep Barcelona from potentially closing the gap. Soccer betting fans can approach this matchup in a number of different ways.

ATP Rotterdam is in full swing, and features a matchup between Andy Murray and Andrey Rublev as an intriguing tennis wagering prospect.

The two have only played once before, with Murray taking the victory, but it’s Rublev who is on top at the online sportsbooks.

Murray is no longer the player he once was, while Rublev is currently the 8th ranked player in the world.

Rublev is currently riding a 16 match win streak at ATP 500 level events, having won three ATP 500 events in a row. This match would mark his 17th straight victory, and to pull it off against Murray, who defeated Rublev soundly in the past, would surely be memorable.

Rublev remembers that previous match quite well, as reported in an ATP interview with him.

“I really like him as a person and as a player,” said Rublev. “He destroyed me once in the past. I’m sure we’ll have great, long rallies and it will be a fight.”

The sportsbooks might disagree with Rublev’s assessment that the matchup will be close.

The spread for the matchup sees Murray as a five-game underdog, with some shading on that spread in Rublev’s direction.

Tennis betting fans might be looking at Rublev’s streak increasing on Wednesday, but whether or not he will cover the spread is up for debate.