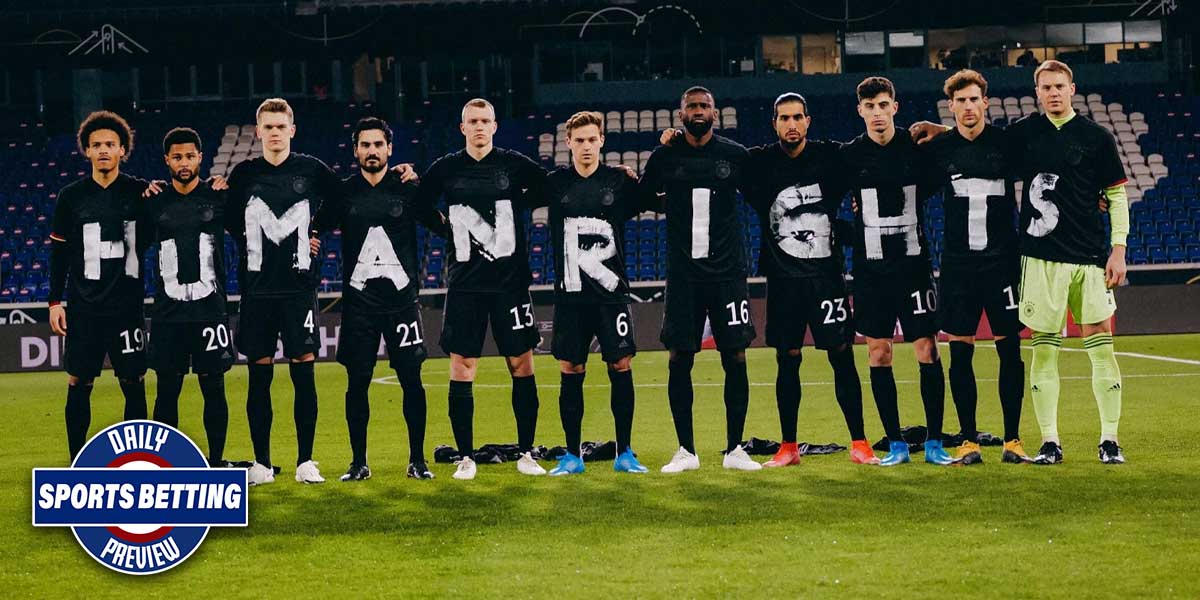 LAS VEGAS - Welcome to the Daily Sports Betting Preview on this excellent Wednesday!

Today’s Preview kicks off with a look at the NBA matchup between the Milwaukee Bucks and the Los Angeles Lakers. Then, the Arizona Coyotes take on the Colorado Avalanche in NHL action. Finally, World Cup Qualifiers bring a matchup between Germany and North Macedonia to the table.

Entering the 2020-2021 NBA season, the Los Angeles Lakers and the Milwaukee Bucks were expected to be top contenders to win the NBA Championship.

The Lakers were coming off of being the 2020 Champions, and the Bucks were expected to dominate a weak Eastern Conference. Both teams are still in the mix, but neither is in as comfortable a position as they would like.

That said, the Bucks are still a good basketball team, whereas the Lakers without James and Davis...not so much.

This matchup is defined by the absence of James and Davis, and the Lakers are not a serious team without those two.

They’ve lost four of their last six games, and the two wins were over the Orlando Magic and the Cleveland Cavaliers, who have a combined 33 wins this season.

The Bucks are still elite, in third place in the Eastern Conference behind the Nets and the 76ers, and are the better team entering this matchup.

The spread on this matchup is fairly large, given the degree to which the Lakers have struggled without their two stars.

The Bucks are actually fairly poor against the spread, with an overall record of 20-26 ATS, and an away record of 7-14 ATS.

Between the Bucks’ poor ATS record and the fact that everyone is counting out this Lakers team, the Lakers could be a decent play on the spread for NBA betting enthusiasts.

The Colorado Avalanche are trailing behind the Vegas Golden Knights in the West Division, but there are some indications that they may be a better team.

Their combination of elite offense and quality defense makes them dangerous for any opponent, and their projected victims on Wednesday are the Arizona Coyotes.

The Coyotes are a mediocre team, with a record of 16-14-3-2, good for fifth place in the West Division.

The Avs are dominant overall, but at home, they’re a bit more dominant than on the road, with a 14-4-2-0 home record straight up.

Given that the Avs are a dominant team who are playing at home, it’s not a surprise to see them favored at -300 odds on the online sportsbooks.

The puck line almost perfectly splits the difference between these two teams, and accurately reflects how much better the Avs are than the Coyotes - they’re still favored, even on the puck line.

The Avs have not been incredibly good on the puck line this year, with an overall record of 16-18, but the Coyotes have not been much better at 17-18.

The puck line in this matchup could be treacherous for NHL betting enthusiasts, given the clear gap between the two teams and how even the odds are.

North Macedonia faces an incredibly tough challenge as they take on the German National Team in World Cup Qualifiers. Germany is one of the powerhouses of the sport internationally, and North Macedonia is decidedly not. Thus, the odds being lopsided is a wholly unsurprising turn of events.

Germany’s -1000 odds represent a 10% rate of return on investment in what seems likely to be a very safe bet on the three-way moneyline.

The no draw moneyline sees those odds go to -5000, which represents 1/5th the rate of return of betting on Germany on the three-way moneyline.

For most soccer betting fans, this matchup will be an exercise in finding the best possible odds on Germany to win.

This is a chance for a marginal return at a fairly solid rate, as the Germans are overwhelmingly likely to come away with a victory here.

Between these two odds, it seems clear that the three-way provides the best payouts, but bettors could also look to shop lines to find the perfect wagers.