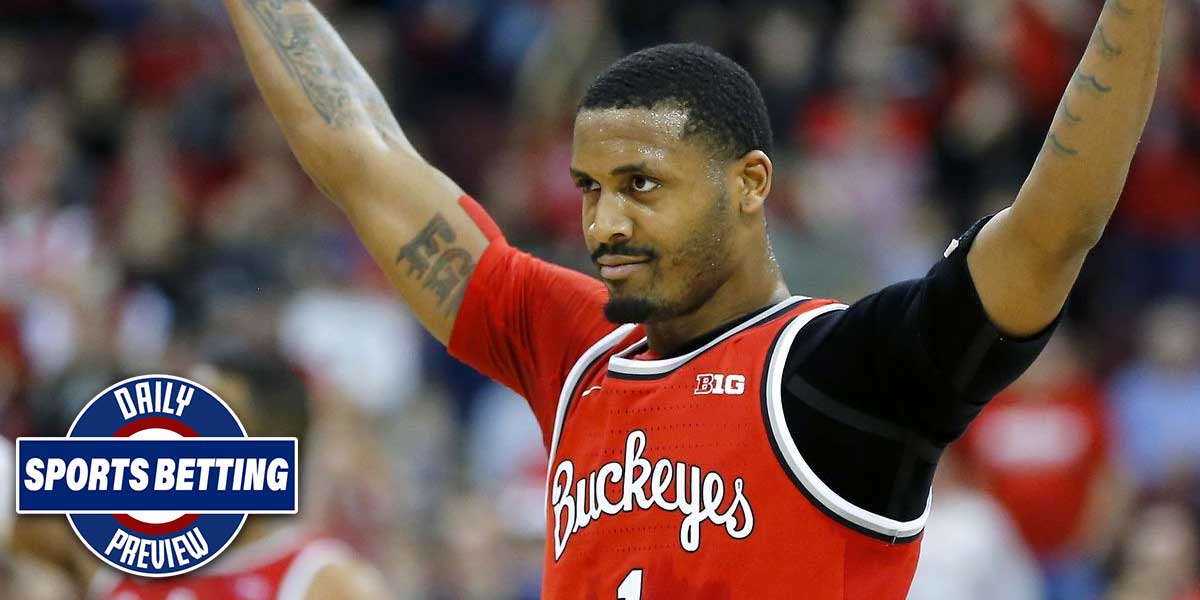 The Ohio State Buckeyes enter this game as significant favorites over the Illinois Fighting Illini, as six-point favorites on the spread. However, both of these teams have the same overall record: 20-9.

There are two major trends that could provide a reason why Ohio State is so favored.

First, Ohio State is very good at home, while Illinois is fairly decent on the road, but not stellar. Ohio State is 14-2 at home on the moneyline, and 12-4 at home against the spread.

Illinois, on the other hand, is 6-5 on the road on the moneyline and 7-4 on the road against the spread.

Second, Ohio State has been on a massive heater recently. they have an 8-2 straight up record in their last 10 games and an 8-2 record against the spread at the same time.

When one combines their higher ranking with their good form and the homecourt advantage they have demonstrated, it makes sense that they are favored to the degree that they are in this game. Those betting on college basketball should have no problem picking a winner for this matchup.

The Arnold Palmer Invitational kicks off today, and the competition is fierce. The top five contenders to win it all are:

The next closest competitors in the field is Jason Day at +2200, and then a few players clustered at +2800.

Rory McIlroy is a relatively massive favorite here – the only person with triple-digit odds, and his +700 odds payout less than half of his closest competitors – Tommy Fleetwood and Bryson DeChambeau – odds at +1800.

There is something interesting occurring with Fleetwood and Bryson DeChambeau here, by the way. While both have +1800 odds to win the tournament outright, they are also a matchup that can be bet on head to head.

In that head to head, despite their similar odds to win the tournament, Fleetwood is actually -130 to finish better than DeChambeau.

Golf bettors should take note when wagers are being placed on either one of these two bets – one of them is accounting for something the other one doesn’t appear to be.

Five darts matches take place in the PDC Premier League today, and the Preview will give a brief overview of the odds for each of them.

Robert Cross takes on Daryl Gurney, in a match he is slightly favored to win. Cross has -125 odds to Gurney’s EVEN odds.

Gerwyn Price faces off against Glen Durrant, and is a significant favorite in doing so – Price’s -225 odds dwarf Durrant’s +175 odds.

Nathan Aspinall battles Snakebite Peter Wright, in a relatively close match, but one Wright is favored in nonetheless. Wright has -140 odds while Aspinall clocks in at +110.

Gary Anderson is challenged by Luke Humphries – a challenge Anderson is expected to win. Anderson’s -245 odds make him the second-largest favorite of today’s matches, over Humphries’ +195.

The final match of the day features a battle of the Michaels as Michael Smith takes on Michael Van Gerwen. Van Gerwen is a massive favorite here, with -385 odds to Smith’s +300.