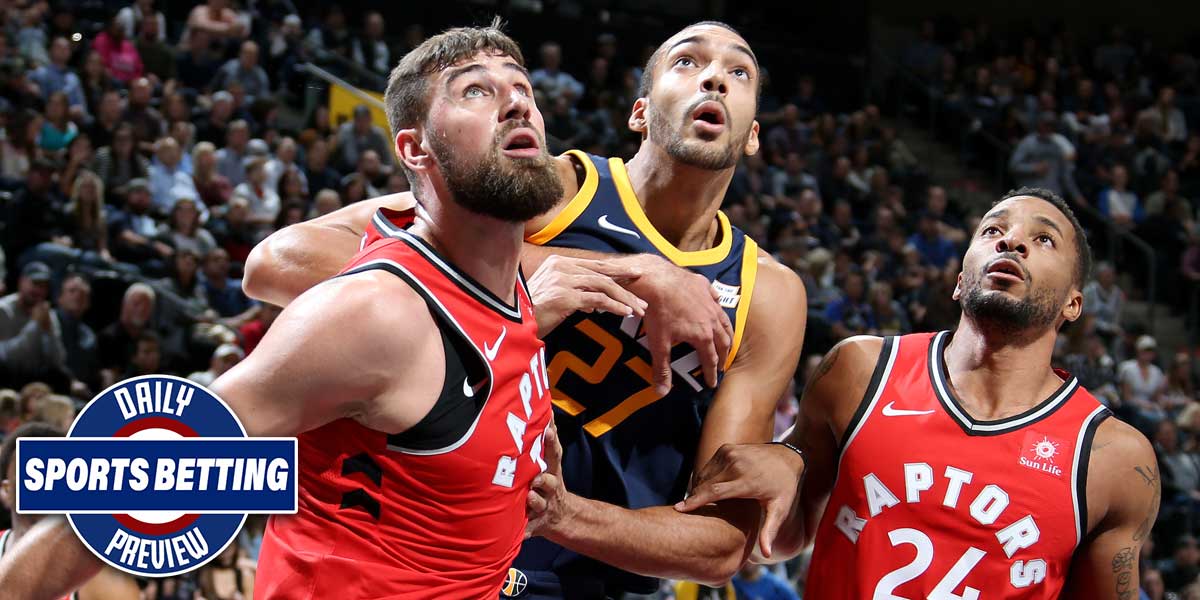 SALT LAKE CITY – Today, the Daily Sports Betting preview sticks to three of the greatest sports on the planet. First, the Preview checks out the NBA, as the Utah Jazz take on the Toronto Raptors.

Then, it’s off to Europe, as Leicester City takes on Aston Villa in the Premier League. Finally, the Preview closes out with some NHL action, as the Colorado Avalanche take on the Los Angeles Kings.

The Jazz and the Raptors come into this game as relatively evenly matched teams on paper. Both of them have 40+ wins, both of them have less than 25 losses – they’re quality teams. But, NBA betting sites have different opinions on each team.

The spread for the game favors the Jazz – the spread is set at 4.5, and the Jazz are -190 on the moneyline.

The Jazz are at home for this game, so surely that accounts for some of the gap between the two teams as far as the betting markets go.

Toronto does have a better record than Utah, however, so why aren’t they favored on both the spread and the moneyline?

One big statistic to know here is that the Toronto Raptors are 35-4 against teams under .500, and 10-14 against teams that are over .500. As much as people like to talk about how much better the Eastern Conference is this year, the Raptors have made their money by beating up on the teams at the bottom of it.

Basically, they are extremely good against bad teams, and fairly mediocre against good ones.

This, combined with the fact that the Jazz are at home where they are 21-9, goes a pretty long way towards explaining the lines on this game.

Keep an eye on this one – this game could tell the viewers a lot about who these teams really are.

Over in the English Premier League, Leicester City is set to battle in Birmingham, as they take on Aston Villa.

Soccer betting sites have Leicester City favored in the match, with a spread of -1 goal having -140 odds, reflecting some action on that spread.

Leicester is -220 to win the match outright while Aston Villa is +600. A draw between the two teams is more likely than a Villa victory, with +370 odds.

Interestingly, there is a little bit of a discrepancy between the first half odds and the full game odds. The full game odds, as discussed, have Leicester City as 1 goal favorites, with -140 odds tacked onto that.

The first half odds have them as -0.5 goal favorites, with even odds. The first half moneyline has Leicester at only -105, whereas the full game has them at -220.

What is most likely happening here is that Leicester City has demonstrated a tendency towards draws at halftime, and this is a reaction to that. In 13 of their 28 matches, they have entered halftime with the game drawn.

Leicester City is one of the best teams in the Premier League, and Aston Villa is one of the worst. This first half bet comes down to whether or not a given sports bettor trusts the tendencies the teams have demonstrated or the quality they have shown.

The Los Angeles Kings have been on a hot streak recently, winning their last five games in a row. The Kings are absolutely crushing the NHL odds boards in recent days.

They have no chance at making it to the playoffs, in any realistic sense, but they have been on a run of good form and might look at the early parts of this season as a real missed opportunity if it keeps up.

The obstacle in their way right now is a stellar Colorado Avalanche team, with a record of 41-19-8.

The Kings have a record of 27-35-6, which on paper looks a lot worse, but as discussed, their form recently has generated some reevaluation of them.

The Kings are at home this game and are slight underdogs. The game opened with the Kings starting at +130, but the line has moved to Kings +115 on the moneyline.

The Kings are a lot closer in this game than their record would suggest they be, and this is definitely a trend worth tracking.