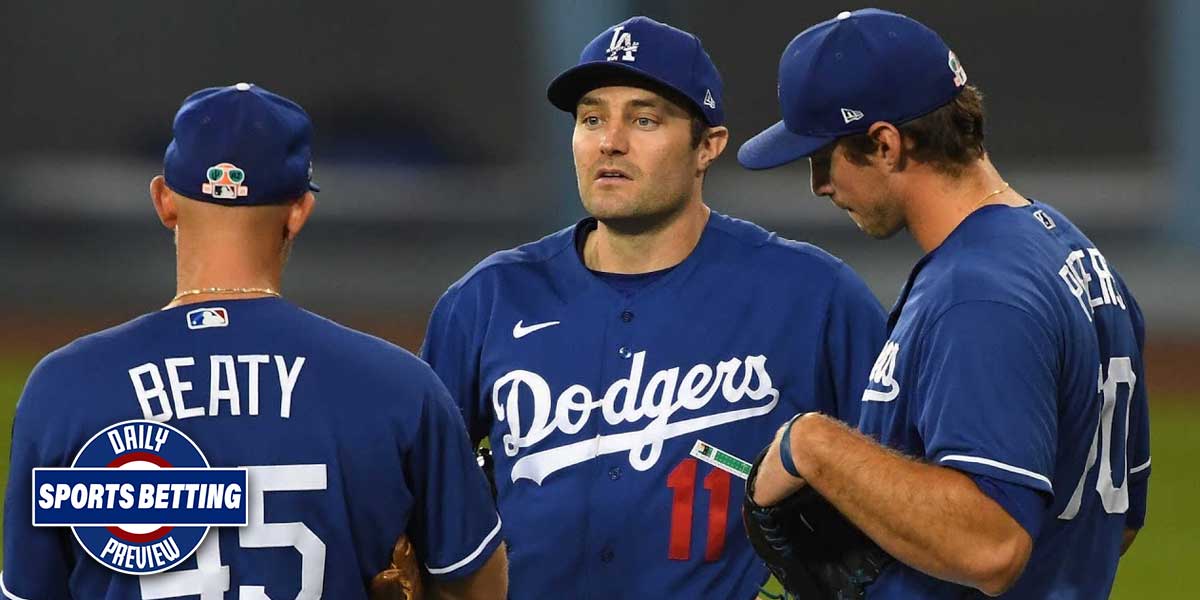 First up, in the NBA, the Miami Heat face off against the Golden State Warriors. Then, on MLB’s Opening Day, the Los Angeles Dodgers take on the Colorado Rockies. Finally, in the NHL, the Tampa Bay Lightning battle the Columbus Blue Jackets.

The Miami Heat are struggling in 2021 after having an excellent 2019-2020 season that culminated in an NBA Finals berth.

The Heat are 24-24 on the season, which is good for fifth place in the Eastern Conference, but is a significant downgrade from making it to the Finals.

On Thursday, they face off against the Golden State Warriors, a team with a similar record, but in the Western Conference, 23-24 only gets them the ninth seed.

The Miami Heat may be playing at home, but they have no home court advantage to speak of - their home/away splits are identical.

The Heat are 12-12 at home, and 12-12 away, although it is worth noting that the Warriors are markedly better at home than on the road. This could go a decent amount of the way to explaining why the Heat are favored, but not that favored.

The spread for this matchup is close, as 2.5 points can easily be accounted for within one possession in the NBA.

Both teams have negative records against the spread, with the Heat clocking in at 20-27 ATS and the Dubs standing strong with a 22-25 ATS record.

This implies that they may be worth fading against the spread when they’re playing away, which they are in this matchup.

NBA betting enthusiasts have many different angles to consider when wagering on this matchup.

MLB’s Opening Day kicks off on Thursday, and the Los Angeles Dodgers are a great place to start this season’s MLB coverage.

The Dodgers won the 2020 World Series, and entered the offseason with their eyes set on repeating as champions.

They signed Trevor Bauer, the NL Cy Young Award recipient for 2020, and are every bit the favorites to win the World Series once again.

The Dodgers are set to face off against the Colorado Rockies, and with Clayton Kershaw expected to take the mound, the Dodgers are favored.

The Rockies are fresh off of hollowing their franchise out by trading Nolan Arenado, and the odds reflect the discrepancy between the two franchises.

The Dodgers are sending Clayton Kershaw to the mound while the Rockies respond with German Marquez, so this should be a bit of a pitcher’s duel.

That said, it will be played in Coors Field, which is a famously hitter-friendly park, and could do something to negate the talents of Kershaw and Marquez.

Even the run line combined with the Rockies’ unique home field advantage is not enough to make them favorites in this game.

The Dodgers are the most elite team in baseball, the runaway favorites to win the 2021 World Series, and the Rockies are a team that traded Nolan Arenado so they wouldn’t have to pay him.

MLB betting enthusiasts should find no surprises when it comes to the way these odds are set.

Speaking of defending champions who are well in the conversation to repeat in 2021, the Tampa Bay Lightning are dominant in the Central Division.

While the Lightning are only slightly ahead of the Florida Panthers and the Carolina Hurricanes in terms of the standings, their goal differential paints a different picture.

Today, the Lightning face off against the Columbus Blue Jackets, a team that has a goal differential of -24.

The Jackets are in sixth place in the Central, but their goal differential would put them well into seventh.

The large discrepancy between these two teams in terms of quality and goal differential is borne out on the moneyline on this matchup at the online sportsbooks.

The Lightning’s -280 odds might not even be prohibitive enough to prevent bettors from wagering on them - they’re a decent bet still.

In this matchup, the puck line does an admirable job of impersonating a real spread, splitting the difference between the two teams almost exactly.

NHL bettors can feel confident in wagering on the Lightning’s puck line when they’re playing at home as long as this trend holds up.