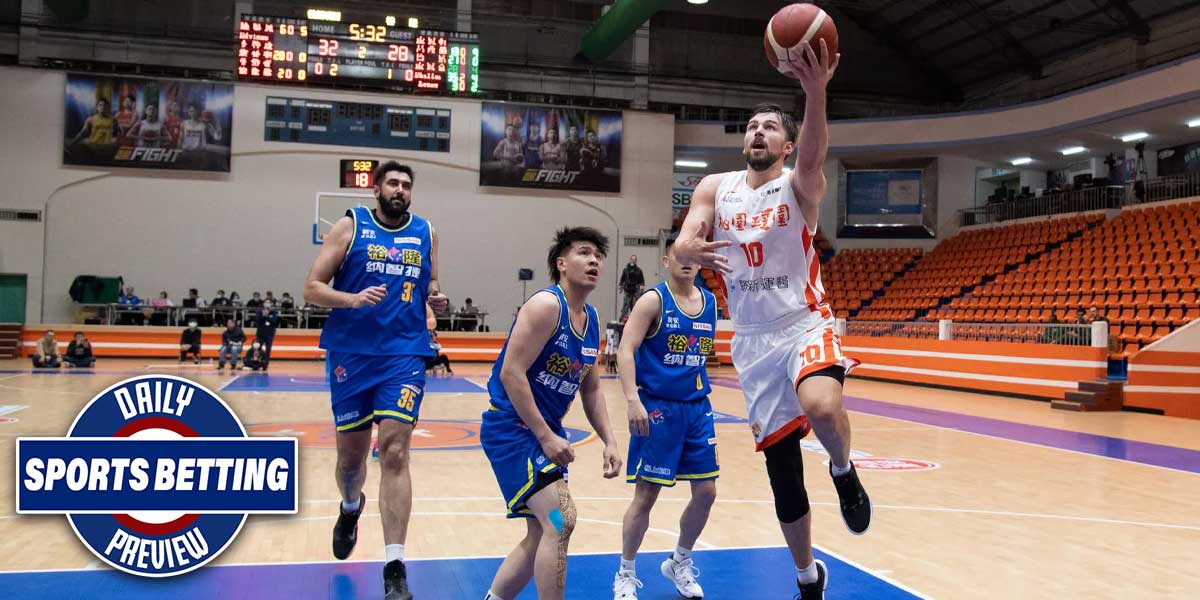 MANAGUA, Nicaragua - Today’s edition of the Daily Sports Betting Preview features some of the more interesting betting opportunities out there.

First, the Nicaraguan Under 20’s Premier League brings five soccer matches to the betting slates of bettors across the world today.

After that, the Taiwan Championship brings a dose of much needed basketball back into the lives of many sports bettors.

In the first match, Managua takes on ART Municipal Jalapa. Managua is -425 on the moneyline compared to ART Municipal’s +700 odds. The spread for the match favors Managua by 1.5 points, with some shading in their favor as well.

Then, Walter Ferreti battle Las Sabanas. Feretti are -500 on the moneyline while Sabanas clock in with +700 odds to win. The spread is two points in favor of Ferreti with significant shading in their favor.

The third match features Juventus Managua taking on Deportivo Ocotal. Managua is -305 on the moneyline, handily beating out Ocotal’s +550 odds. The spread for the match is such that Managua is a favorite by 1.5 points, with Managua -1.5 having -120 odds.

The fourth match has Real Madriz taking on Chinandega. Madriz is a huge favorite, -850 on the moneyline, while Chinandega clocks in with +1100 odds to win the match outright. On the spread, Madriz is favored by 2.5 goals, with mild shading in their favor even with that giant spread.

The last match features Real Estelli taking on Diriangen. Real Estelli are the favorites in this match, with -400 odds to win on the moneyline, while Diriangen boast +600 odds. The spread for the match favors Estelli by 1.5 points, but Estelli (-1.5) has -145 odds.

Many basketball bettors have tried to focus on things like the NBA’s HORSE competition, or simulated NBA games.

However, across the world in Taiwan, basketball has returned to action. The Taiwanese Super Basketball League continues apace, and there is one game that takes place in it that is upcoming.

A note of warning: given that this event occurs in Taiwan, many US-based sports bettors might have trouble with time zones. This event starts at 5:00 a.m. on April 16, 2020 - a rough time slot to be sure.

The game is between the Yulon Luxgen Dinos and Pauian Archiland. The Dinos are Super Basketball League mainstays and won the first three editions of the league.

Archiland have impressed fans in recent times and have won the league six times since 2011.

In this match, the Dinos are heavily favored. They are -550 on the moneyline and the spread favors them by 9.5 points, which is a big gap.

Archiland clocks in with +340 odds to win the game, but a +9.5 spread suggests that they could be in trouble.

The over/under for the game is set at 181.5 points, which is interesting for a couple of reasons.

First, the scoring for this game is expected to be markedly lower than an NBA game, where the over/unders tend to be over 200 points.

Second, given this relatively low scoring, the spread seems dramatic compared to the moneyline.

It’s certainly interesting that a team set to lose by 9.5 points in a game where only 181 total points are scored is only a +340 underdog.

That is not a common occurrence. Normally one would expect them to be a much larger moneyline underdog.

Whatever your thoughts on the lines given, the Taiwanese Super Basketball League is a much needed breath of fresh air for basketball bettors everywhere.

The Czech Republic’s Darts Premier League brings many betting opportunities to the table. There are five matches that happen in the league today.

In the first match, Michal Smejda takes on Alexander Masek. Smejda is -145 to win the match, while Masek is +105.

After that, David Rosi takes on Pavel Jirkal. Jirkal is a massive favorite, with -850 odds to win the match, compared to Rosi’s +500.

Ondrej Kysilka takes on Michal Ondo in the next match. Kysilka is a significant favorite in the match, boasting -315 odds to win it, compared to Ondo’s +225 odds for an upset.

In the fourth match of the day, David Pisek takes on Daniel Barborak. This looks to be a close one, with Pisek holding -125 odds to Barborak’s -115.

The last match of the day features the clash between Adam Gawlas and Vitezslav Sedlak. Gawlas is a heavy -400 favorite, while Sedlak clocks in with +265 odds to win.

Overall, today looks to be an excellent day for sports bettors with a lot of unique and interesting betting opportunities.