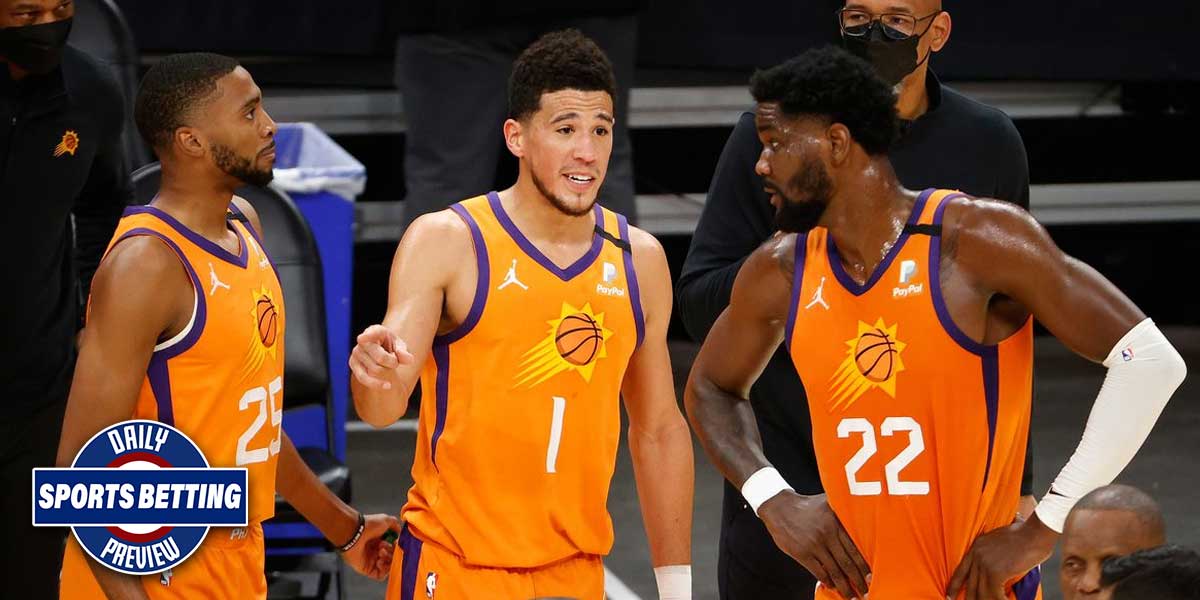 Today’s Preview kicks off with a look at the matchup between the Phoenix Suns and the Milwaukee Bucks in the NBA. Then, the Tampa Bay Lightning face off against the Carolina Hurricanes in NHL action. Finally, the PDC Premier League brings darts action to the table for sports bettors across the globe.

The Phoenix Suns are one of the hottest teams in the NBA - no pun intended.

The Suns have won eight of their last ten games, and have shown no signs of slowing down as the final stretch of the season approaches.

Their 40-16 record marks them as one of the very best teams in the NBA, but their opponents, the Milwaukee Bucks, also occupy that rarified air.

The Bucks are 35-21, and play in a weaker conference, but are still a highly regarded team, as any team built around two-time reigning MVP Giannis Antetokounmpo would be.

The Bucks are fairly limited favorites in this matchup, but they are decidedly the favorites, which is intriguing considering that the Suns have a better record in a better conference.

Still, it’s hard to fault the online sportsbooks for not fully buying in on the Suns, even after the run they’ve been on.

The Bucks are favored at home by a bit more than a typical home team would be favored by in the NBA.

That said, there is a bit of shading on the spread in the direction of the Suns.

In addition, the Suns are 6-1 against the spread in their last seven games as a road underdog - they could be a solid play for NBA betting fans in this matchup.

The Tampa Bay Lightning are the reigning champions of the NHL, and one of the best teams in the league.

They’re also in third place in their own division, behind the Florida Panthers and their opponent today, the Carolina Hurricanes.

The Lightning and the Hurricanes are well matched, and this game could go a long way towards determining playoff seeding.

This matchup should be a great one for hockey betting fans, but more than that, could also be informative for potential playoff matchups.

Both of these teams are immensely talented, and the Lightning seem to only be slightly favored due to being the home team.

The Lightning are 16-5 at home, which is a great record even in the context of their overall great record. The Hurricanes, meanwhile are 13-7 on the road, a solid record in itself, but not up to par with their prowess overall.

The puck line for this matchup is interesting in that neither of these teams has a positive record against the puck line this season.

The PDC Premier League features five matchups on Monday, but the best of them is saved for last.

Nathan Aspinall and Peter Wright are two of the very best darts players in the world, ranked tenth and third in the world by the PDC, respectively.

Thus, this matchup between them is one of the best matchups available in all of darts competition.

Aspinall is an underdog, as he likely should be against the dominant Wright, but he’s an underdog with a real shot.

The problem for Aspinall is that the gap between third in the world and tenth in the world is a large one. Wright has earned more than a million pounds over the two year ranking period used to determine world ranking.

In that same time, Aspinall has earned 354,000 pounds, a little more than one third of what Wright has brought in.

The spread does a bit to make the matchup more even, but even at -1.5, Wright finds himself as a notable favorite.

Darts betting fans might want to favor Wright in this matchup, but will be faced with a choice between the spread and the moneyline.