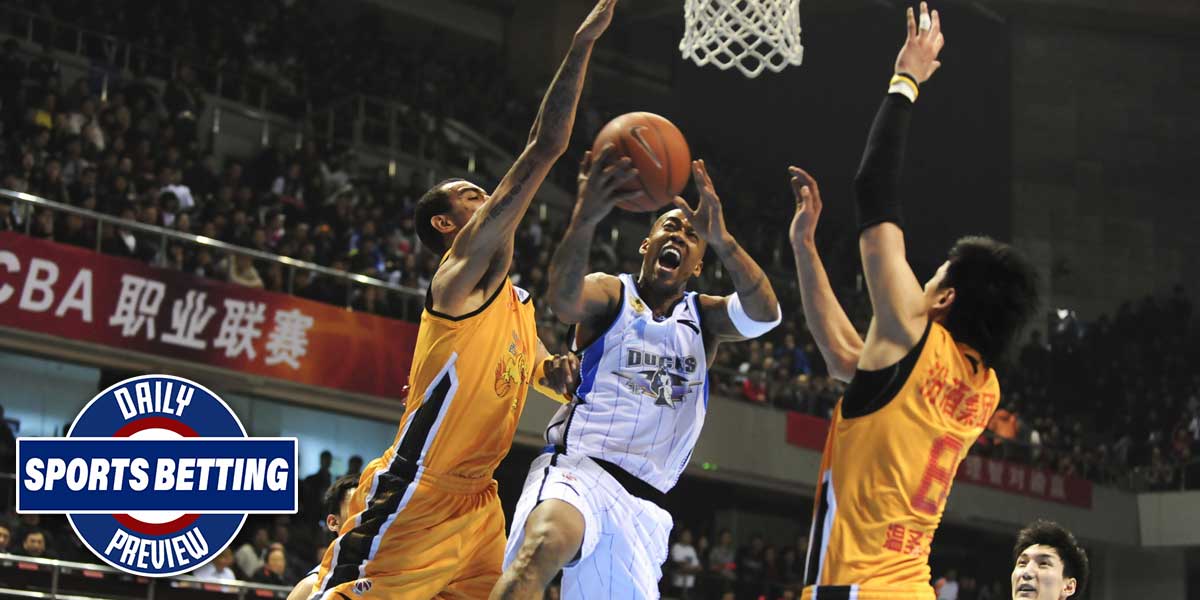 The Preview starts out with American football, with some NFL futures prop betting available on many sportsbooks.

Today is not just about just American football, though - there’s some European football (aka soccer) mixed in as well, as we check out the FIFA Quaran-team tournament.

Finally, after we’re done with both kinds of football, there are some basketball games in the Taiwanese Super Basketball League that are worth checking out.

Without further ado, let’s get started.

The NFL is perhaps the most anticipated sports league on the planet - everyone is wondering what effects the COVID-19 outbreak will have on them and everyone is hoping it won’t cause major delays.

Many online sportsbooks are offering odds on various player props already in order to get people ready for NFL action and get money moving.

This edition of the Preview comes with a few selected interesting NFL prop bets, so let’s jump right in.

This first bet is an interesting one. Deandre Hopkins, now on a new team, would need to score ten receiving touchdowns in order for a bet on the Over to payout. Hopkins has scored more than ten touchdowns in two of the last three seasons but scored only seven last season.

Another elite receiver on a new team is the Buffalo Bills’ Stephon Diggs, formerly of the Minnesota Vikings. Diggs would need 1,050 receiving yards to hit the over here. Last year, he had 1,130 and the year before that he had 1,021. This looks like a well-placed line.

The last highlighted NFL player prop for today is on Joe Burrow. The first thing that anyone will notice is that the sportsbooks assumed he will go to the Cincinnati Bengals - the team with the first pick in the NFL Draft - because of course he will.

Burrow was sensational in college and there’s significant hope for him to be the same in the NFL. This is a high line for a rookie quarterback - 21 passing touchdowns to hit the over is no joke.

There are a lot more NFL player props like this, so NFL bettors are well-advised to find them if they can.

The FIFA Quaran-Team tournament continues today, with a match between FC Sion and Wolverhampton Wanderers.

For those who are unaware, the FIFA Quaran-Team tournament is a video game tournament using the latest in the FIFA series of video games, which simulate soccer gameplay - and with that comes soccer betting.

This has had some interesting effects on betting as compared to normal soccer. For example, the sportsbooks have not been offering spread bets or over/under bets because of the way FIFA scoring tends to work. It’s similar to reality, but not similar enough to reliably handicap.

The odds appear to significantly favor Wolverhampton here. They have -125 odds on the moneyline, while FC Sion has +265 and a draw is +310.

Wolves are certainly favored, to be sure, but FIFA is such a fast-paced game that anything can happen. The total time for the match will be twelve minutes and it will start at 1:00 p.m. EST.

The whole world has been starved for basketball action for so long now. Luckily for everyone, there will be some games played in the Taiwanese Super Basketball League today.

Will they involve top tier talent? No, probably not. Will they be incredible games? Who knows? What they will be, however, is basketball.

Given time zone differences, it should come as no surprise that these effectively air in the middle of the night in America.

The first game airs at 5:00 a.m. EST and the second at 7:00 a.m. EST. Will people stay up to watch basketball? It seems like they’ll have the chance. Game number one is between Yulon Dinos and Bank of Taiwan.

The NBA might not be back, but the return of the Super Basketball League could herald good things for the future of basketball during this outbreak.