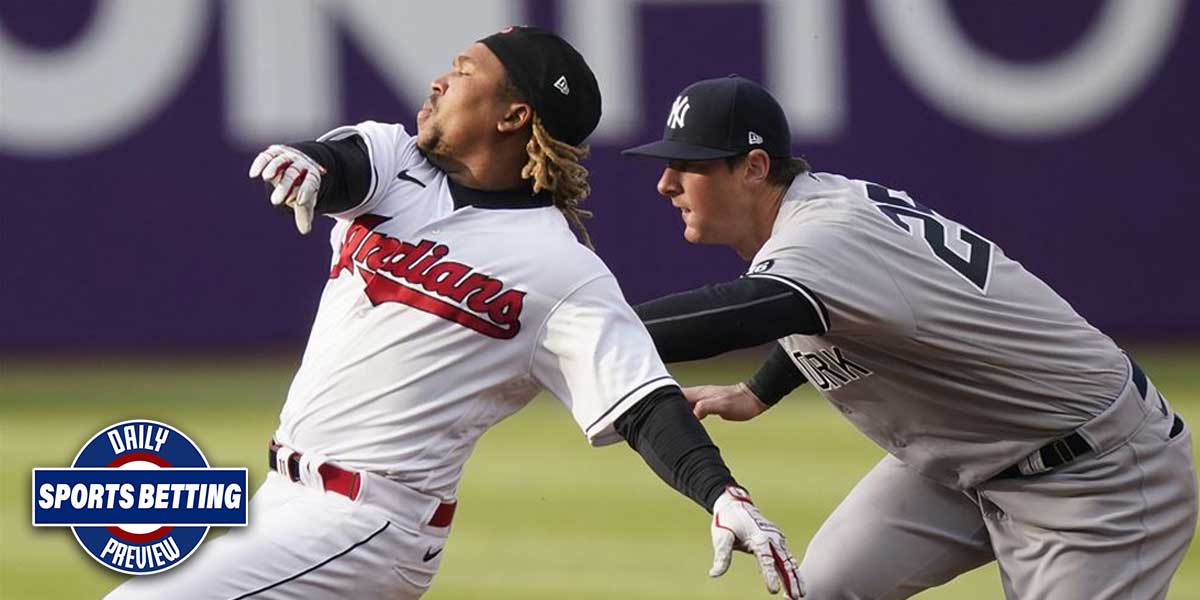 Today’s Preview kicks off with a look at the MLB matchup between the New York Yankees and the Cleveland Indians. Then, the Preview turns to the Premier League, where Arsenal takes on Everton. Finally, Anthony Pettis takes on Clay Collard in the Professional Fighters League.

The New York Yankees were supposed to be one of the best teams in baseball this season, but they’ve struggled so far. The Yankees, expected to be the best team in the entire American League, are currently the worst team in their own division.

They have a record of 7-11, which is not the end of the world, however. This record puts them only a bit behind Friday’s opponents, the Cleveland Indians.

On Thursday, the Yankees took the win against the Indians by a score of 6-3, and they’re favored to do so again on Friday.

As one can easily see, there’s a bit of inertia when it comes to betting lines - bettors still expect the Yankees to be good, even after their poor start.

This leads to situations like this matchup, where the Yankees have a worse record, and are playing on the road, but are still notable moneyline favorites.

The run line for this matchup is pretty close to even, but flipped the other way once the handicaps are taken into account.

Arsenal, fresh off of somehow acquiring an invitation to the likely-defunct European Super League, faces off against a team that is ahead of them in the standings, but was not invited.

Everton, after a great start to the season, have fallen to eighth place in the Premier League, and have not won any of their last five matches. This is only true of two other teams in the entire Premier League - and both of them are set to be relegated.

In this context, it’s perhaps unsurprising to see Arsenal favored, despite being one spot below Everton on the standings.

Everton winning seems to be the least likely outcome, with +280 odds, and a draw is close to as unlikely, with +245 odds.

On the spread, Arsenal is favored by half a goal, and the shading on the spread is going the other direction - towards Everton +0.5. This paints the picture of a matchup that is reasonably winnable for Everton, but it seems as though the online sportsbooks expect their PL winless streak to continue.

Soccer betting fans can view this matchup at 3:00 p.m. EST, and it will be broadcast on NBCSN.

The Professional Fighters League is an MMA promotion that many might not be familiar with.

The basic idea of the PFL is that it functions more like a sporting league and less like a fighting promotion. This means that there is a regular season, playoffs, and a championship. The PFL was formerly known as the World Series of Fighting, and is perhaps most famous for producing Justin Gaethje.

Their Friday card will be broadcast on ESPN+ and ESPN 2, and features a matchup between Anthony Pettis and Clay Collard.

Pettis is a name that should be very familiar to MMA fans - a former UFC Light Heavyweight Champion. This fight is his PFL debut, and he’s moved to Lightweight for it.

Pettis was a big get for the PFL, and it’s not a surprise to see him favored heavily over Clay Collard, another former UFC fighter.

Collard is also making his PFL debut, after being released from the UFC multiple times.

Pettis has the pedigree to make short work of Collard, and the online sportsbooks have made him a big favorite in this matchup.

MMA betting enthusiasts might enjoy tuning in to a different promotion, and seeing what the PFL can become.