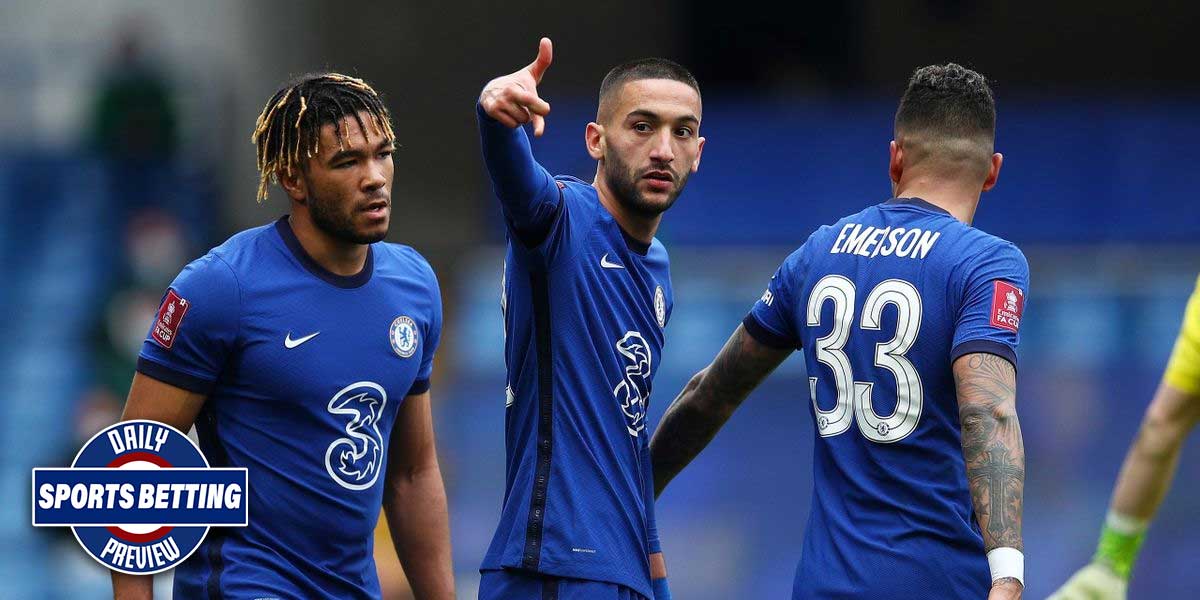 LAS VEGAS - Welcome to the Daily Sports Betting Preview on this fine Wednesday.

Today’s Preview kicks off with a look at the Champions League matchup between FC Porto and Chelsea FC. Then, in Major League Baseball action, the Chicago White Sox take on the Seattle Mariners. Finally, in the NBA, the Utah Jazz battle the Phoenix Suns.

The Champions League quarter-finals continue with a matchup between FC Porto and Chelsea FC.

This will be the first leg of their two leg contests in the quarterfinals, and Porto enter the matchup as significant underdogs. In fact, of all the teams in the quarter-finals, they have the longest odds to win the Champions League this year.

The online sportsbooks don’t seem to buy into that idea, however, giving Porto +400 odds to win the matchup outright on the three-way moneyline.

Chelsea are outright favorites to win the matchup, with -130 odds meaning that they have a better than even shot at winning outright.

The no draw moneyline reveals the true tenor of this matchup - Chelsea are heavily expected to either win outright or battle to a draw.

Their -375 odds on the no draw moneyline make it clear that they’re the expected winners of this matchup.

Soccer betting enthusiasts can choose to back the favorites in the form of Chelsea, or pray for the underdogs as Porto tries to overcome the odds yet again.

The matchup will be streaming on Paramout+ and accessible to television viewers on BT Sport.

The MLB season is new and fresh, and the Chicago White Sox are an exciting team with legitimate potential.

Their hiring of Tony La Russa as a manager for that team raised eyebrows, as LaRussa has not managed for a decade.

The White Sox are 3-3, and some might argue they should be better than that, but they still have time to improve.

Today, they face off against the Seattle Mariners, a team that hasn’t made the playoffs in almost two decades, and shows no signs of changing that.

The White Sox are and should be favored against the Mariners, and they demolished the M’s on Tuesday, 10-4.

Another win against the reeling Mariners could be important, taking the White Sox above .500 on the season.

The run line almost perfectly splits the difference between the two teams, with just a little bit of shading towards the Mariners +1.5.

Still, it demonstrates the expected gap between these teams when they play - about 1.5 runs.

MLB betting fans can look for lopsided moneyline odds, or try their luck with the run line, which evens the matchup out significantly.

This matchup will be available on MLB.TV, as well as in various local markets.

The Utah Jazz and the Phoenix Suns clash on Wednesday in a battle between the two top teams in the Western Conference.

When the season started, the previous sentence would have been unthinkable, but this season has been just weird enough that it’s reality. The Jazz are 38-12 overall, while the Suns have a blistering record of 35-14.

The Jazz are mild road favorites, but they are still road favorites. 10 of their 12 losses have come on the road - there’s a genuine quality dropoff when they play away from home.

One aspect of this matchup that must be mentioned is how hot the Suns have been in recent games. They have a 9-1 record in their last ten games, and have been keeping up with the other top teams in the conference.

Over those last ten games, however, they’ve been mostly average against the spread, with a 6-4 ATS record. That shouldn’t take away from their overall elite ATS performance. The Suns are 32-17 against the spread.

What it might indicate, however, is that the online sportsbooks have finally figured out that the Suns are for real.

The spread for this matchup is very close, and it seems like the sportsbooks are mostly giving Phoenix the respect they deserve.

Still, the call of their ATS record is strong, and NBA betting enthusiasts might want to take a serious look at the Suns on the spread in this matchup.

This matchup will be live on ESPN, as well as on NBA League Pass.