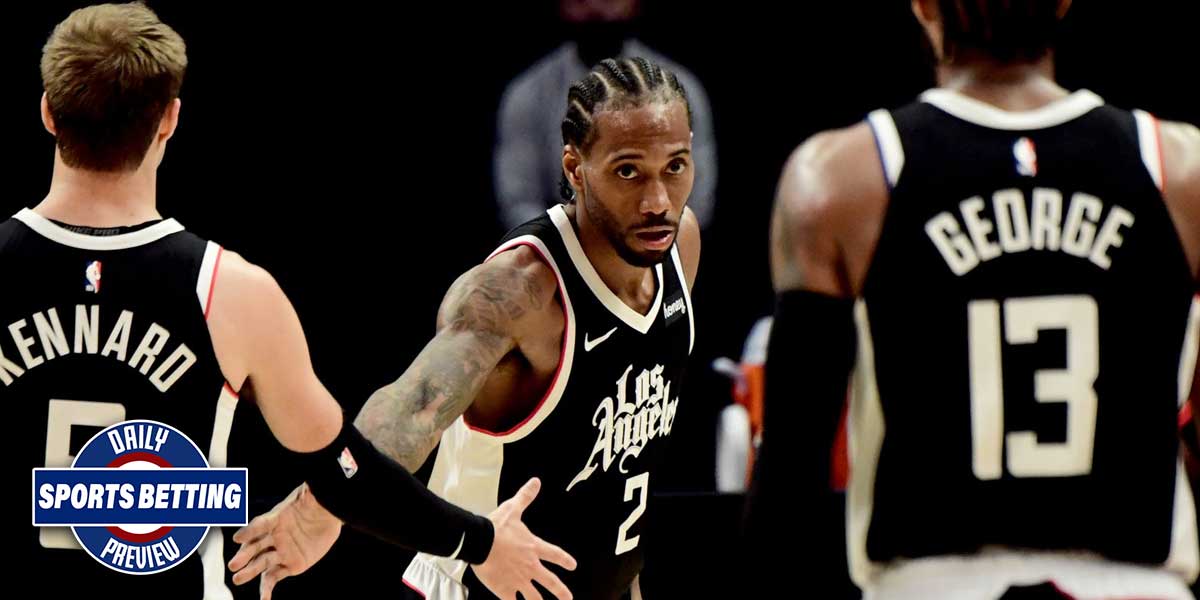 LAS VEGAS - Welcome to the Daily Sports Betting Preview on this excellent Thursday!

First up on the Preview, the Phoenix Suns take on the Los Angeles Clippers in excellent NBA Western Conference action. Then, Ajax faces off against AS Roma in the UEFA Europa League. Finally, in the NHL, the Boston Bruins take on the Washington Capitals.

The Los Angeles Clippers, fellow contenders in the Western Conference, are a bit behind at 34-18, but are also red hot, with an 8-2 record.

These two teams could reasonably face off at some point in the NBA Playoffs, so bettors will be keeping an eye on this matchup not just for betting today, but for information come playoff time.

The online sportsbooks have a lot of faith in the Los Angeles Clippers in this matchup, despite the level the Suns have been playing at.

The Clippers are favored at above a 1:2 ratio, and money keeps coming in on them, as they look to extend a 19-8 home record. The Suns aren’t bad on the road - they don’t seem to have a serious home/road split, with a 17-6 road record.

The spread for the matchup favors the home team by 5.5 points, which is more than the traditional home court advantage.

This suggests that the Clippers would be favored at a neutral site game, at the very least - the sportsbooks think they’re better than the Suns, straight up.

Both of these teams are excellent on the spread.

This matchup should be an excellent one for fans of NBA betting, and could potentially preview a playoff matchup down the line.

The UEFA Europa League takes center stage on Thursday, as the Champions League quarter-finals have wrapped up their first legs.

Ajax and AS Roma are clubs with storied histories, and they’re set to face off in the first leg of their UEFA Europa League quarter-final matchup.

The three way moneyline sees Ajax as an outright favorite, meaning that an Ajax victory takes up a significant portion of the range of outcomes.

The chances of an AS Roma victory and a draw are nearly equivalent, with Roma barely edging out a draw in terms of likelihood.

Ajax vs. AS Roma Spread

The spread for this matchup is Ajax -0.5, and it perfectly balances the two teams, with both sides of the spread having -110 odds.

Ajax are undoubtedly favored in this matchup, and based on their previous wins, it’s not hard to see why.

Ajax vs. AS Roma To Win The Tie

Ajax has a great shot at winning the tie and advancing to the quarterfinals, with -165 odds to do so.

These odds will likely shift dramatically following the game, so fans of soccer betting should keep an eye on them.

The Boston Bruins and the Washington Capitals are still battling for position in the East Division, but the Capitals have taken pole position.

The matchup is at Washington, which further incentivizes wagers on the Caps, as they are 13-4-1-1 at home.

This moneyline is confusingly close. The Capitals seem like a markedly better team than the Bruins, and they’re also playing at home.

In this context, it’s a bit odd that the Caps are only -120 favorites, and that the Bruins are close to them with +100 odds.

The line opened with the Caps at -115 odds, and has moved to -120, and it wouldn’t be a surprise to see it move further.

The Bruins are a big time favorite on the puck line, as getting that kind of handicap in a game projected to be this close is important.

Hockey betting enthusiasts should keep this trend in mind when wagering on this matchup.

The matchup will air on various local broadcasters (NESN and NSWA) at 7:00 p.m. EST.