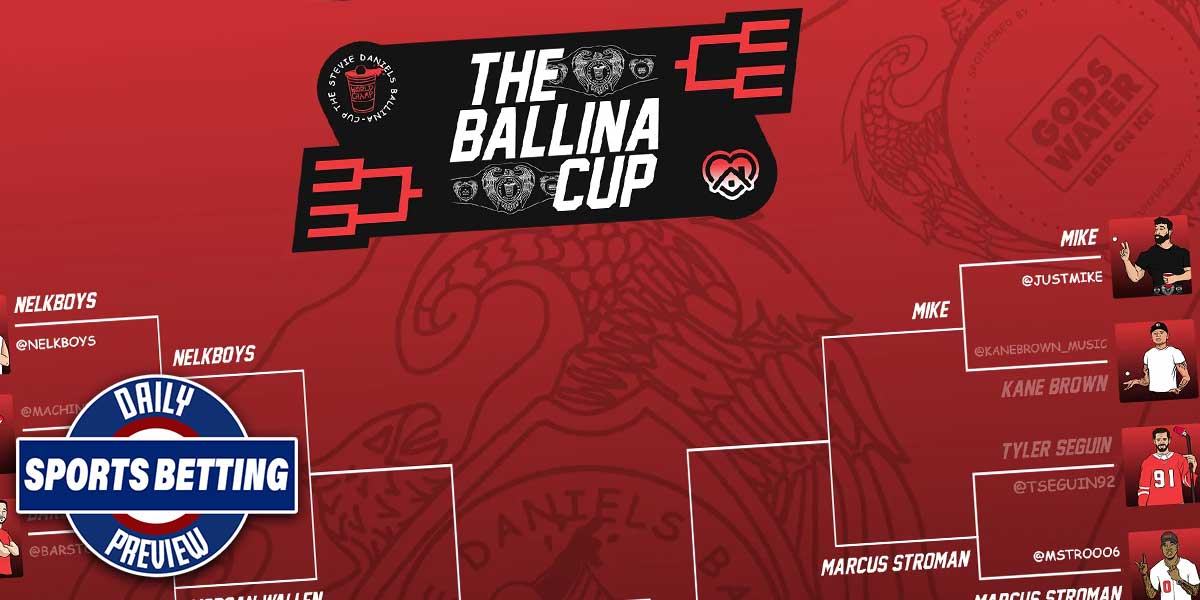 LAS VEGAS - Today’s edition of the Daily Sports Betting Preview is a fairly unique one as far as the sports being discussed on it.

First, the Ballina Cup is a celebrity beer pong tournament that is streamed on Instagram Live. The tournament has several athletes competing and features odds on major online sportsbooks.

Second, the withdrawal of Senator Bernie Sanders from the presidential race has shifted the odds in many major states.

Finally, one of multiple March Madness simulations, NCAA Sim Madness, has received betting odds on some of the major sportsbooks.

There’s a lot to get through today - so let’s get started!

The Final Four of the tournament starts today, and betting closes at 5:00 p.m. EST, so bettors should make sure to get their bets in quickly.

There are two matches. In the first, Danny Amendola takes on MIKE, and in the second, NELK Boys face off against Trevor Bauer.

MIKE enters as a mild favorite against Danny Amendola with -140 odds compared to Amendola’’s +100.

However, the sportsbooks seem to think that the winner of the MIKE/Amendola match will likely win the event as a whole.

Senator Bernie Sanders of Vermont suspended his campaign for president yesterday. This has left Joe Biden as the presumptive nominee for the Democratic party.

However, there are some odds still out on who will eventually be the Democratic nominee - partially because political bettors are willing to bet on them, and partially because of consistent rumors about Biden being replaced at a convention.

Those rumors are just that, rumors, but sportsbooks are willing to put odds on them all the same.

The current odds to be the Democratic nominee in November are:

Anyone on this list that isn’t Joe Biden would require special circumstances in order to be at the top of the ticket. Biden will almost certainly have a majority of delegates.

The reason people might bet on this is that they might think that Biden could be replaced or step down, or otherwise not be on the ticket in November - and these people are the names that come to mind as replacements, apparently.

This is a bold bet, and it’s no surprise the odds on everyone else are long. Biden appears to have sewn up the nomination and now focuses on the presidential election.

The NCAA Sim Madness tournament continues today with a game between Michigan and Kansas - both teams fully simulated, of course.

Michigan is +5.5 points on the spread, a healthy deficit to Kansas. Both sides of the spread have -115 odds, which is a significant rake, but no shading either direction.

On the moneyline, Kansas is -245 to win - they’re significant favorites outright but can they cover the spread?

Michigan, for their part, is +170 on the moneyline.

The over/under line for this simulated contest is set at 84.5 points. This seems low but reflects that the game is simulated - it will be played with five minute quarters on HOF difficulty. This is what scores tend to look like with these settings.

The next game in the simulated tournament is between Dayton and Ohio State.

On the moneyline, Dayton has -230 odds while Ohio State clocks in with +170 odds to win the game outright.

This game might be a little more high scoring than the previous one - the over/under is set at 88.0 points.

One additional bet that can be undertaken at some sportsbooks is a simple coin flip bet - bettors can wager on whether the final score total of these games will be odd or even at -110 odds for both outcomes.

There is a lot of betting potential on today’s slate so bettors are, as always, well advised to research and bet responsibly.