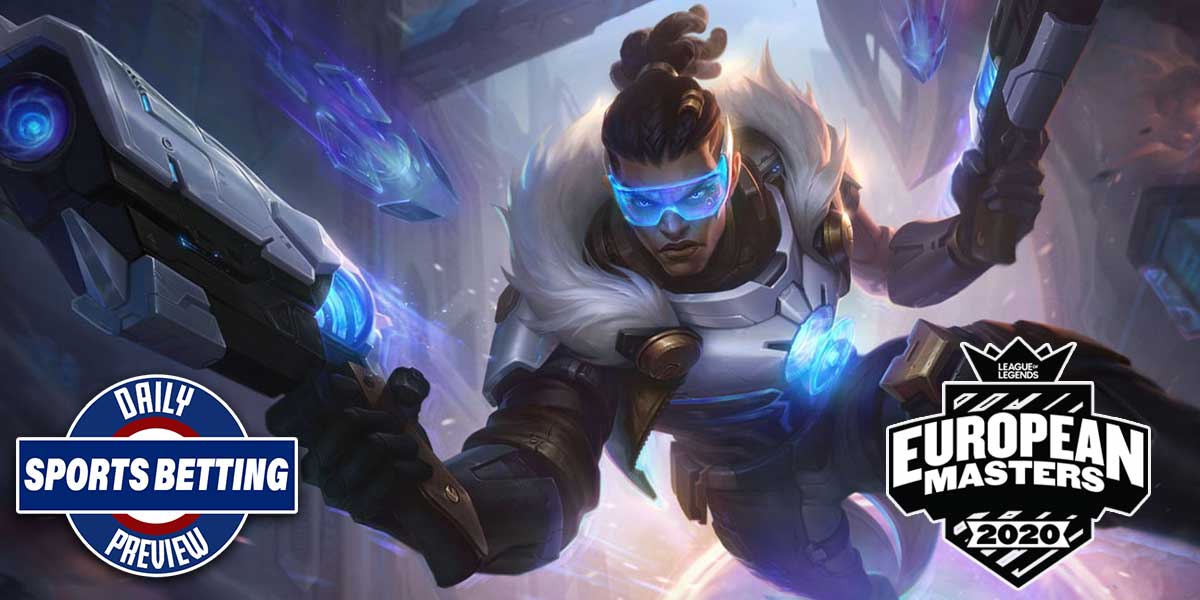 ESTELI, Nicaragua - Today’s edition of the Daily Sports Betting Preview brings a lot of different betting opportunities to the table.

First, Nicaraguan baseball is back with a vengeance, as there are six games to be played tonight in the Nicaraguan league.

Then, the Preview checks in with the League of Legends European Masters, which hosts three matches today.

There are a lot of interesting games happening in the Nicaraguan league today, as Nicaraguan baseball remains one of the few sporting competitions still happening.

The names of many of the teams should be getting familiar to longtime readers of this column, as Nicaraguan sports have been a hot topic in a post-COVID-19 world.

While many US-based sports leagues, including the MLB, have remained shut down, their Nicaraguan counterparts have remained open, much to the joy of sports bettors everywhere.

The most interesting game in the Nicaraguan league today is between Esteli and Masaya.

Esteli enters as favorites on the moneyline, with -180 odds to take the match outright, while Masaya, the underdogs, have +155 odds.

There is some mild shading towards the Over, which has -117 odds on BetOnline’s sportsbook, while the Under has -103 odds. This suggests some very mild correction towards the over, but not enough to move the line.

Overall, this is just another one of the sports that Nicaragua has managed to keep running during the pandemic, much to the benefit of sports bettors everywhere.

The League of Legends European Masters continues today, as three matches are set to be played.

For those unfamiliar, the European Masters is a showcase of rising League of Legends talent from around Europe.

In the first match, K1CK Esports takes on Movistar Riders. Movistar is a -125 favorite over K1CK, who have -110 odds in this evenly matched contest.

In the second match, Movistar take on Schalke 04, who are relatively heavy favorites with -195 odds, while Movistar has +140 odds.

In the final match today, the round-robin continues as Schalke 04 take on K1Ck Esports, and are once again notably favored with -200 odds to K1CK’s +145 odds.

All of these matches should make compelling viewing and they appear to be relatively close matches as far as the odds go.

While it is worth noting that Schalke is the favorite in both of their round-robin matches, they are not favored by a prohibitive degree in either, reflecting their likely status as the best team involved today, but not by an astonishing amount.

Overall, this is a great opportunity for esports bettors to get familiar with the League of Legends scene.

Tennis has been part of the lifeblood of this column for a long time, and especially after the COVID-19 pandemic, it has been hard to find.

Today, the Preview is happy to note that there are six international tennis matches taking place as the International Series of exhibition matches ramps up.

There are a couple of very interesting matches that are worth highlighting amongst the matches taking place today.

First, the longest odds today belong to James Cerretani, as he takes on Adrian Andreev. Andreev is a monstrous favorite, with -4000 odds, while Cerretani has +1000 odds.

The Over/Under line for the match is set at 11.0, with both the Over and the Under having -115 odds.

Cerretani, a doubles specialist, is perhaps not built for the competition with Andreev, and his odds seem to reflect that.

Today’s most even match also involves Andreev in an interesting coincidence. Andreev takes on Paolo Lorenzi and the odds are quite close.

Lorenzi enters that match with -145 odds, while Andreev boasts +110 underdog status. The Over/Under line for this match is set at 13, reflecting the possibly close nature of the match. The Over is shaded slightly, with -120 odds, while the Under has -110 odds.

Overall, it is reasonable just to be happy that there is tennis to bet on, but this isn’t just tennis - it’s tennis of genuinely decent quality - a true rarity in the post-pandemic world.