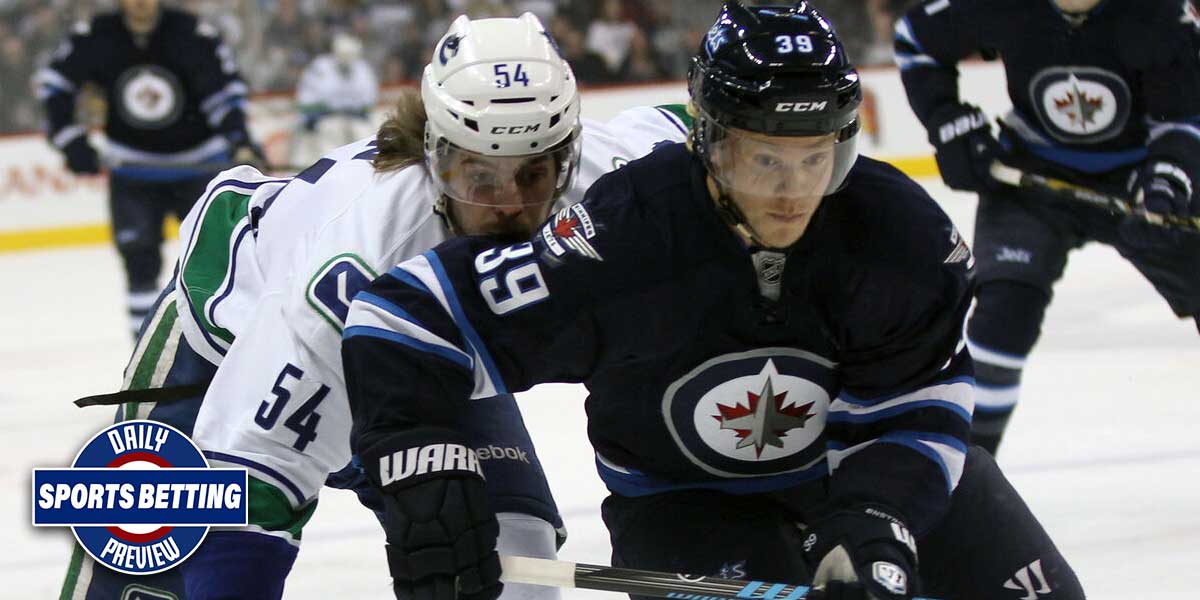 LAS VEGAS - Welcome to the Daily Sports Betting Preview on this excellent Tuesday!

First up on the Preview, the Winnipeg Jets take on the Vancouver Canucks.

Then, the Los Angeles Angels face off against the Houston Astros.

The NHL’s North Division holds the Canadian teams in the league, and the Vancouver Canucks sit at the bottom of it.

The Canucks are eighth place in the division, although they have played five fewer games than the seventh-place Senators, meaning they might end up passing the Sens.

Still, they won’t be favored against many teams in the NHL, and today’s matchup against the Winnipeg Jets is no exception.

The moneyline sees the Jets favored with -175 odds to win the match, and they opened at around -160, demonstrating that NHL bettors feel comfortable wagering on them.

The puck line does a fair bit in terms of equalizing the matchup, with Vancouver +1.5 being favored over Winnipeg -1.5.

The Jets are notable for a very solid record on the puck line during the 2021 season, at 33-21 overall.

At home, which they are today, that record falls off a bit - they’re 13-13 on the puck line at home.

This is an intriguing trend, and might mean that the Jets are good when they can outperform expectations, but not so much when they’re expected to win.

NHL betting fans have a lot to think about with this matchup, and it airs at 8:08 p.m. EST on ESPN+.

The Los Angeles Angels are home to one of the most intriguing players in Major League Baseball, Shohei Ohtani.

Ohtani is a rare breed of player - an elite pitcher who is also an elite hitter - and the games where he pitches are unique experiences.

It’s been decades since there was a genuine double threat the way Ohtani is - he’s tied for the league lead in home runs while also putting up an ERA+ of 182.

In other words, he’s demonstrably elite in both facets of his game, and that makes him a very special player.

Ohtani is on the mound for the Angels as they take on the Houston Astros, and the matchup favors the hometown Astros.

The Astros are sending out the sturdy Lance McCullers to handle pitching duties against Ohtani, and he’s got the Astros with a good chance of winning the game.

The run line flips the script - with a +1.5 run handicap, the Angels are favored over the Astros with the reverse handicap.

Neither of these teams has excelled on the run line, with the Angels boasting a 15-19 overall run line record, and the Astros clocking in at 17-18.

The run line could be a wager to stay away from in this matchup, unless one really believes in Ohtani.

MLB betting fans can wager on this matchup at 8:10 p.m. EST, and it will be broadcast on MLB Extra Innings.

ATP Rome features a matchup between Daniil Medvedev, one of the best players in the world, and Aslan Karatsev, a highly ranked compatriot of Medvedev’s.

Karatsev is ranked 27th in the world, while Medvedev is ranked second, and the matchup between them is close on the online sportsbooks.

Karatsev is coming off of a victory against Novak Djokovic in the Serbia Open, and he seems to be a legitimate threat to Medvedev in this matchup.

While Medvedev opened as a favorite, betting has swung in favor of Karatsev as time has gone on.

Karatsev is now the outright favorite to win this matchup over the second ranked player in the world, a truly surprising result.

Tennis betting fans can wager on this matchup at 1:00 p.m., and it will be broadcast on the Tennis Channel.