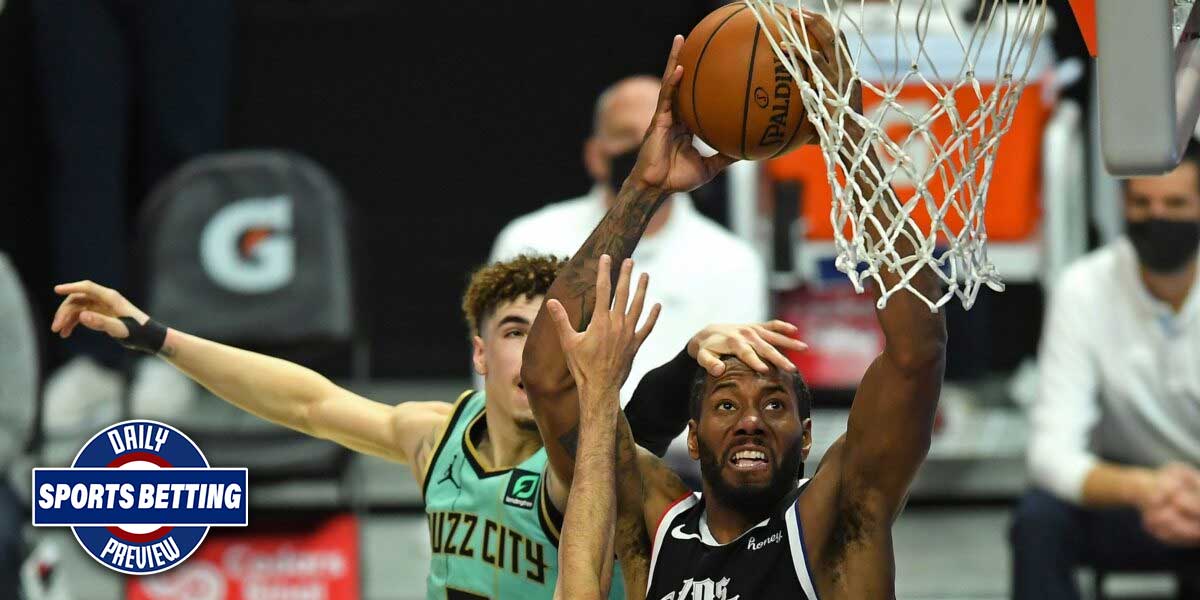 LAS VEGAS—As usual, it is a very busy day in the sports betting world.

Online sportsbooks have odds out today in the NBA which features a matchup between the Los Angeles Clippers and Charlotte Hornets, the MLB with the New York Yankees facing off against the Tampa Bay Rays, and the English Premier League with a powerhouse match between Liverpool and Manchester United.

In the NBA betting world, a significant matchup between the Los Angeles Clippers and the Charlotte Hornets looms NBA bettors.

The importance behind this matchup is that the Hornets are just 1.5 games behind the Boston Celtics and could potentially move to the seventh seed. A loss, however, would put the Hornets in a crucial position as they would be just a half-game ahead of the Washington Wizards for the 10 seed in the Eastern Conference and would be forced to win two play-in games rather than one.

Looking at the Clippers, they could potentially pull within one game of the Phoenix Suns for the second seed in the Western Conference if they pull off a win. A loss though could push them back to the fourth seed in which they would be looking at a matchup with either the Portland Trailblazers or the Dallas Mavericks.

The New York Yankees MLB odds going into the game are slightly favored and rightfully so. The Yankees have a slightly better record than the Rays do as they are 20-16 while Tampa Bay is two games behind at 19-19.

With that said, bettors can look for the Yankees to close out the three-game series with a sweep.

Liverpool’s soccer odds are being favored going into this English Premier League matchup against Manchester United. Looking at the odds, some might question why Liverpool is going into the match as the slight favorite considering that their previous two matchups with Manchester United saw them losing one and a draw in the other.

However, it is simple, Manchester United has already punched their ticket to next year’s UEFA Champions League as they are sitting in second place of the EPL. Liverpool though has their backs against the wall in this one and will give it their all as they try and make one final push in these last four games to make the Champions League or the UEFA Europa League.