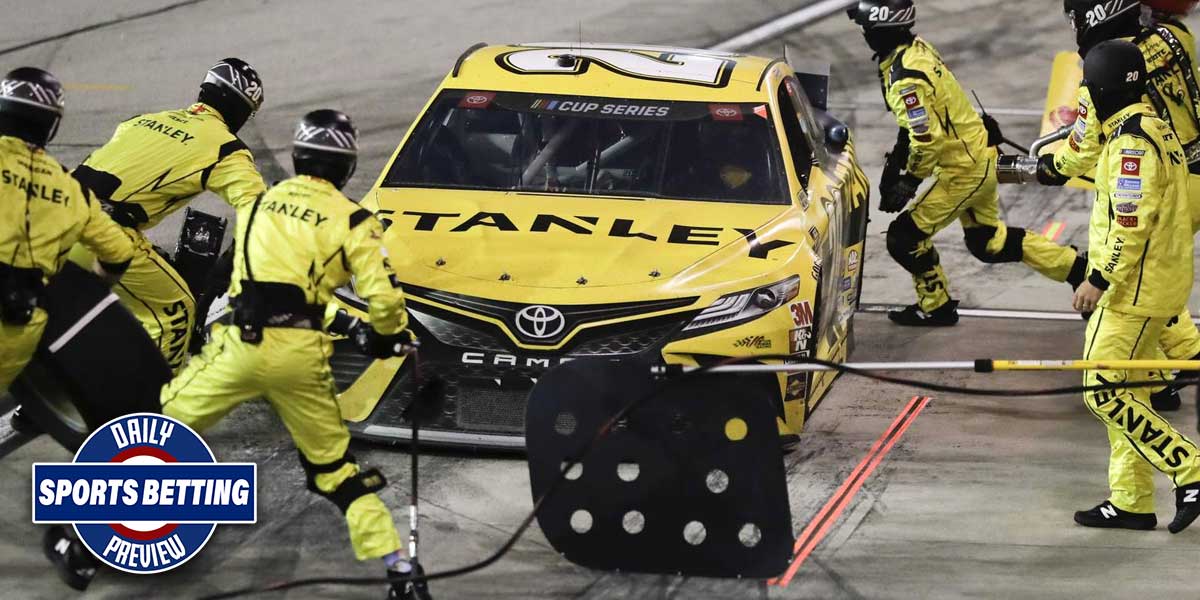 First, from the world of NASCAR, the Xfinity Toyota 200 at Darlington Raceway happens today and features some excellent betting opportunities.

Then, in soccer betting, the old standby of the Belarusian league brings multiple games to the table today.

Finally, in Counter-Strike news, the Dreamhack Tournament for North America has one game available today.

The Darlington Raceway is hosting the first of several NASCAR events this week, and today’s event is the Toyota Xfinity 200.

This is a race that serves as something of a warmup for the bigger race at the end of the week but is an excellent gambling opportunity in its own right.

A lot of the time, when people think about NASCAR betting, they think about placing wagers on racers to win the entire race.

However, the Xfinity Toyota 200 brings some head to head action to the betting slate as well, and that will be the focus of this section.

For example, one can examine the online sportsbooks for odds for a racer to win the race, and then to win their head to head matchups.

Take Ryan Seig. Sieg has +9000 odds to win the race overall - he’s not one of the favorites. However, if one wanted to wager on Sieg, there are some head to head matchups in which he is involved.

Sieg has another head to head matchup today as well on many of the major online sportsbooks, and that is against Michael Annett.

Annett’s expectations for the race as a whole are much closer to Sieg’s, with +10000 odds overall.

Interestingly, however, Annett is favored in the heads up matchup against Sieg. This matchup has Annett as a -120 favorite over Sieg, who has -110 odds in the heads up.

The Vysshaya Liga should be a commonly known league to many US-based sports bettors at this point.

The league was one of the few major sports leagues that did not shut down due to the COVID-19 pandemic, and that has led to an increased western interest in the league.

It has also led to it being a favorite of many online sports bettors, who had very little else to bet on before sports started coming back in the heat of the pandemic.

The odds reflect this differential in power, with Zhodino entering as moneyline favorites with +130 odds, while Grodno has +215 odds on the moneyline.

It remains to be seen if this is enough of a handicap to give Zhodino against a team this much worse than they appear to be.

A draw has +220 odds on the moneyline, and the Over/Under line for the game is 2.0 goals - which might explain the limited odds on a favorite here.

The online sportsbooks seem to expect this to be a remarkably low scoring game, with a draw getting an outsized amount of odds as a result.

Zhodino has been remarkably stingy with allowing goals, with only five goals scored against them in nine matches.

For their part, Grodno have not been as stingy, allowing 11 goals in their eight matches played so far.

Overall, these are interesting odds to have placed on a game, and they could represent a good betting opportunity for soccer bettors.

Counter-Strike betting tends to involve multiple different tournament scenes all over the world.

In the North American Dreamhack Masters, there is one match, and it looks to be a great one as Team Liquid takes on FURIA.

Liquid is one of the most well-known names to esports bettors, and their CS:GO team has been dominant in the past.

FURIA is favored in the matchup, with -140 odds on the moneyline, while Liquid enters the match with even odds at +100.

As many veteran CS:GO bettors will be familiar with, the way the spread works in CS:GO is similar to the puck line in hockey, but carries different implications.

Basically, the spread refers to the number of sets needed to win the best of three matches. When one team is favored by 1.5 sets, what it means is that the bet is basically on that team winning 2-0.

CS:GO betting tends to be played best of three, so most of the spreads take the form of the favorite receiving a -1.5 handicap and bets being placed on or against that. Today’s match is no exception.

This reflects that while FURIA might be the better team, and is favored on the moneyline to reflect it, this match looks to be a pretty even one.

This is an interesting betting opportunity, and a great way to start familiarizing oneself with the North American Counter-Strike scene. The match kicks off at 3:10 p.m. EST.