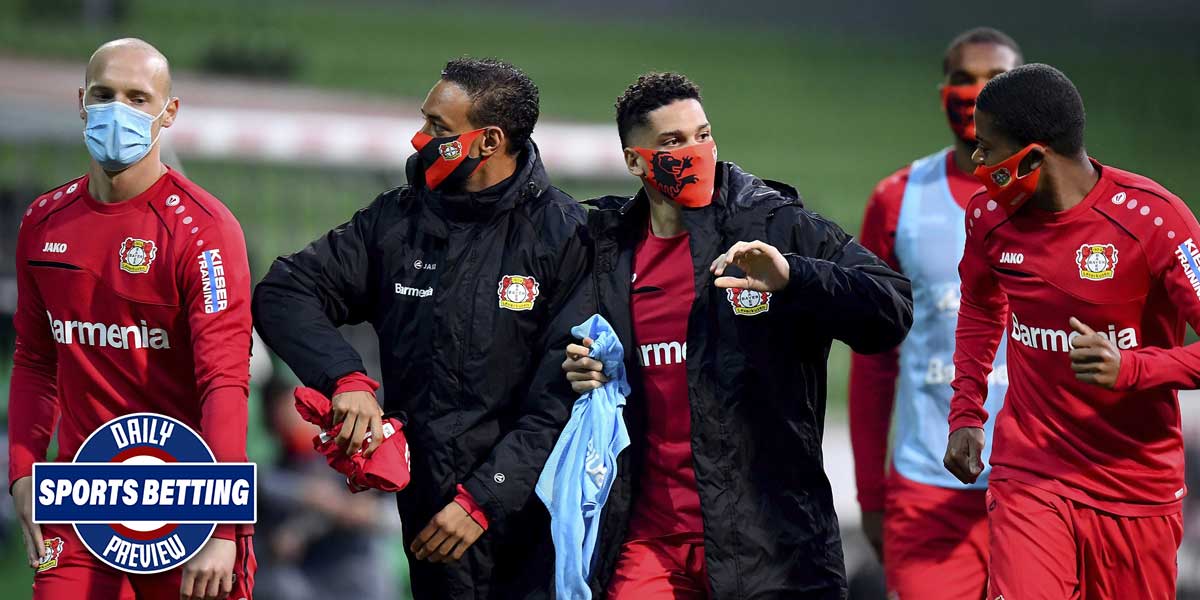 Then, in Nicaragua, the Preview takes a look at the baseball games on today’s schedule in the Nicaraguan baseball league.

Finally, in the darts world, the Icons of Darts competition is up and running, and the early hours of the morning on Saturday feature a ton of betting opportunities as far as darts goes.

There’s a lot to cover, so let’s jump right in!

As many sports bettors are aware, the German soccer league, known better as the Bundesliga, has been the first of the major European soccer leagues to return to action amid the COVID-19 pandemic.

Today’s match in the Bundesliga is between Hertha Berlin and Union Berlin, and instead of discussing the match lines, this edition of the Preview talks about the various prop bets that are available to soccer bettors on many online sportsbooks.

There are a ton of them, so without further ado, let’s look at some props!

These are the odds for each team to not allow one goal in the match. Hertha has slightly shorter odds to accomplish this feat, with +200 odds compared to Union’s +275 odds.

Hertha Berlin vs Union Berlin - Both Teams to Score

This next bet is a pretty simple one - whether or not both teams will score at all in the match. Yes is a favorite, at -145, but not a huge one, as No clocks in with +115 odds.

This next bet is a spread prop bet on which team will take the most corner kicks in the match. Hertha -½ corners has -140 odds, while Union +½ corners has +110 odds. One way to interpret this is that the sportsbooks are unwilling to move the line for corners to +/- 1, but the bettors have forced the odds on the +/- ½ bet to a point that it would almost be worth doing so.

Today’s final prop bet concerns the total number of corner kicks that will happen in the game as a whole. The Over/Under line for this bet is set at 8.5 corners, and the Over is mildly favored, with -135 odds, while the Under has +105 odds.

The Nicaraguan baseball league, also known as the Campeonato GPO, features four games today, each of which presents its own unique betting opportunity for many baseball bettors to take advantage of.

However, one game stands out as an incredibly interesting contest between two unique competitors, and that is the game between Esteli and Dantos, the second and third-ranked teams in the league, respectively.

Esteli enters the game with a 10-4 record on the year, while Dantos boasts a 10-5 record, and looks to jump Esteli with a victory today.

Esteli has lost their last two games, but won the three before that, giving them a 3-2 record in their last five games.

Dantos, meanwhile, is 4-1 in their last five games.

Dantos have a very different runs profile, having scored 83 runs and given up only 64, even though they have played one more game than Esteli so far this season.

In other words, despite being lower ranked, Dantos actually has a better run differential than Esteli.

As far as the sportsbooks are concerned, however, Dantos is still a slight underdog, with the moneyline odds favoring Esteli at -117, while Dantos has -103 odds.

The Over/Under for runs scored is 11 runs, which is interesting considering how stingy Dantos seems to be, but the sportsbooks seem to be counting on Esteli’s ability to give up a lot of runs and score a lot of runs as well.

Overall, this is an interesting betting opportunity for baseball bettors across the world.

The Icons of Darts competition starts in the wee hours of the morning on Saturday, May 23rd, 2020, so today’s edition of the Preview was the only one that could reasonably cover it.

The first match happens at 5:30 a.m. EST, and the last match starts at 12:30 p.m. EST, so this is an early morning betting opportunity for all the darts fanatics out there.

The big upside of the Icons of Darts tournament is that there are an astounding amount of matches to be played - 19 in total on the day.

It would be impossible to summarize all 19 matches, so instead, the Preview will pick out one of the best ones to draw attention to.

At 7:30 a.m. EST, Martin Adams faces off against Jason Askew, and Adams has +110 odds as the underdog against Askew’s -149 odds as the favorite.

Adams, a darts legend, is 63 years old, and a three-time BDO champion as well as a three-time World Masters champion.

Askew, meanwhile, is much younger and is the son of famed darts competitor Dave Askew. Jason, for his part, is 26 years old, and has only been competing at the top level since 2019.

All of that said, he still has the pedigree of a competitor, while Askew does not have as many high-level results. Youth can trump experience, however, and the online sportsbooks seem to think that it might in this match.