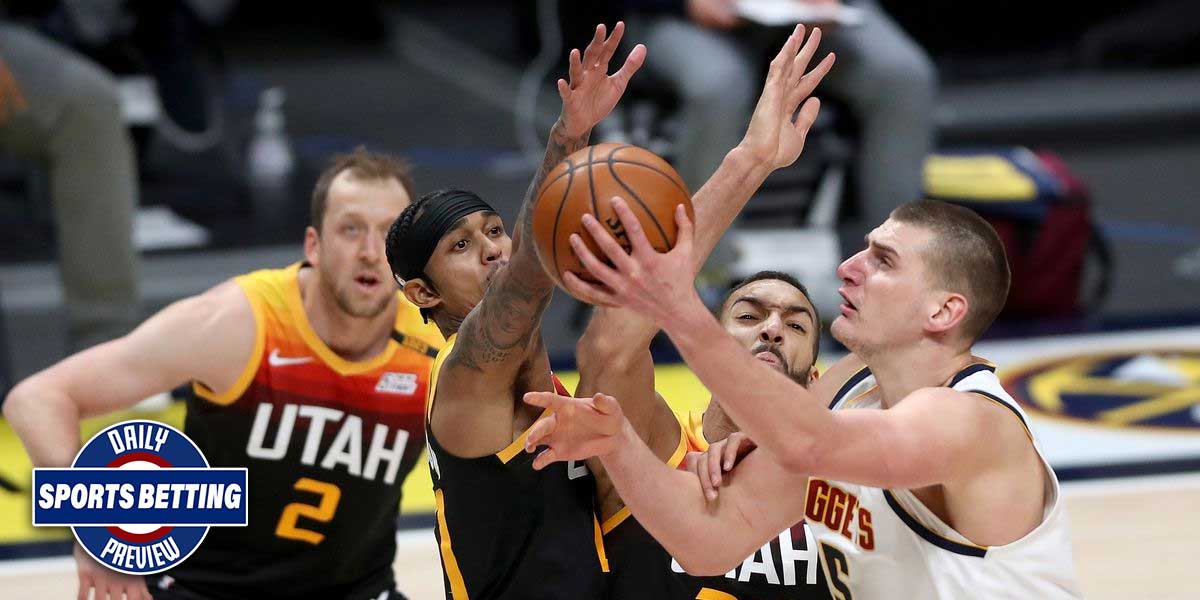 Today, the Preview kicks off with a look at the NBA matchup between the Denver Nuggets and the Utah Jazz. Then, in the MLS, Real Salt Lake takes on the San Jose Earthquakes. Finally, Bellator 258 gives MMA bettors a solid fight in the form of Sergio Pettis vs. Juan Archuleta.

The Utah Jazz have regained the top spot in the NBA, and have a game’s lead over the second place Phoenix Suns.

The Jazz are faced with a tough challenge in the form of the Denver Nuggets, currently the fourth seed in the Western Conference, and one of the best teams in the NBA.

The Nuggets have been overperforming their expectations after Jamal Murray’s injury, with the addition of Aaron Gordon helping the team to an 8-2 record in their last ten games.

It should be no surprise, given the teams involved, that the matchup is close, but the Jazz - playing at home - are favored.

The Jazz’s -150 odds are surely due in part to their prowess when playing at home - they are 29-4 overall when doing so. The Nuggets are 19-12 on the road - a solid record, but a bit below average for a team with an overall record of 44-22.

The spread favors Utah by three points, and this spread could see some movement as it seems a bit out of line with the moneyline.

The MLS is in full swing, and soccer betting enthusiasts could start looking at MLS odds as a method of supplementing their wagers on the European seasons, or as a primary method of sports betting.

The Earthquakes are ahead on goal differential, a statistic that has them at +4 while Real Salt Lake is +3.

Still, it’s not hard to see why Real Salt Lake is an odds on favorite on the moneyline. They defeated Minnesota United and Sporting KC, both of which are very solid victories.

The over/Under line in this matchup is set at three goals, which is an intriguing line.

Both of Real Salt Lake’s wins this season have come in games in which the total has either matched or exceeded three goals. Meanwhile, all three of San Jose’s games have resulted in three or more goals being scored as well.

This could be a solid over play at 3.0, but if it moves to 3.5, soccer betting fans will have to be far more cautious.

This game will air at 9:30 p.m. EST, and will be available on local broadcast channels.

MMA bettors have plenty of options for watching fights nowadays, with the PFL on Thursdays, Bellator on Fridays, and the UFC on Saturdays.

Bellator 258 is headlines by a matchup between Sergio Pettis and Juan Archuleta, the current Bellator bantamweight champion. Pettis earned his title shot with a three fight win streak, but the online sportsbooks favor that streak to end on Friday night.

Archuleta, the champion, is a -200 favorite over Pettis, in a matchup that wasn’t even the original main event of this card.

The original main event was set to be Yoel Romero going up against Rumble Johnson, but Romero failed a medical screening, and now these two men have a chance to really make a name for themselves.

Not that they already haven’t - Archuleta only has one loss in the last five years, to Patricio Freire, the best fighter in the promotion.

One could argue that this matchup would already have been the best on the card, and now it has the spotlight on it.

Pettis vs. Archuleta - Will the fight go the distance?

MMA betting fans could wager on any number of different props for outcomes in this match, such as when the fight will end, and how it will end.