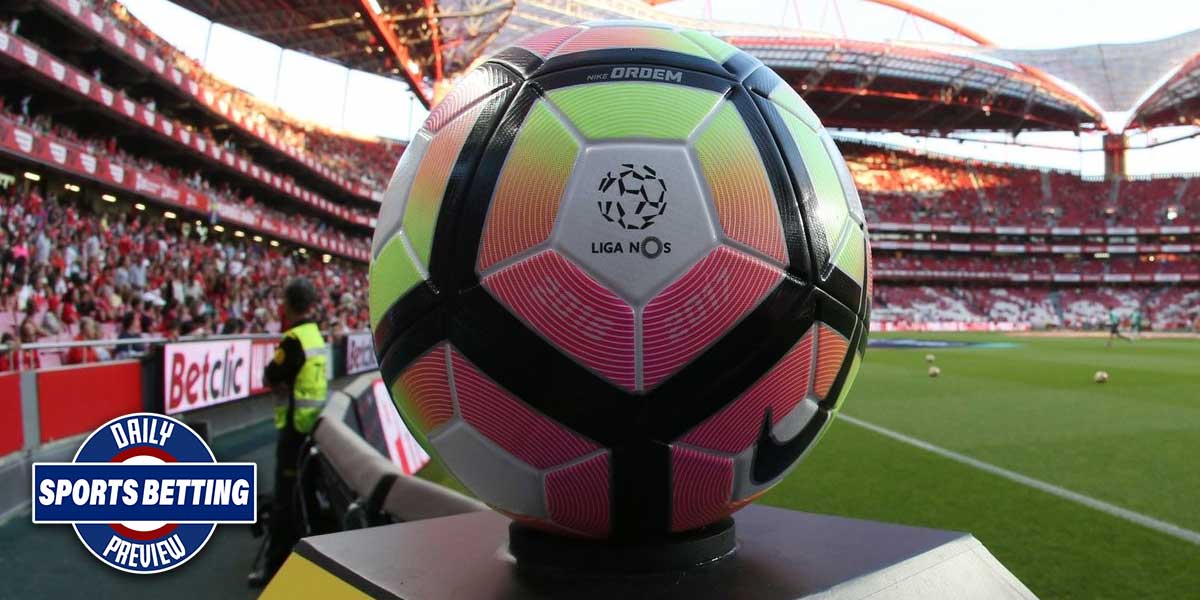 LAS VEGAS - Today’s edition of the Daily Sports Betting Preview covers all corners of the map, and three separate sports.

First, the Portuguese Primeira Liga features excellent soccer betting action for all bettors out there.

Finally, the Australian National Rugby League is up and running, and due to the time difference, there will be a game at 5:50 a.m. on June 11th, 2020 - so it’s best to get bets in now!

The Portuguese Primeira Liga is the top division of soccer in Portugal and features some of the elite teams in the world.

While the Portuguese league does not generally reach the heights of the Spanish La Liga or the German Bundesliga, it remains one of the seven best leagues on the planet.

In today’s featured match, one of the most dominant teams in the league, FC Porto, takes on Maritimo.

Porto is one of the teams in the Portuguese league that is most well known internationally, as they are common competitors in the UEFA Champions League, as well as the Europa League.

Right now, they are tied at the top of the table with longtime rivals Benfica, and every point that they get from this match could matter a lot when it comes to who wins the league.

Maritimo, meanwhile, are 15th of the 18 teams in the league, and fighting to stay alive. They have only won 5 matches of the 25 they have played this season, and they don’t seem likely to win this one.

The odds are heavily in favor of Porto in this match, as they should be. Porto is a -650 favorite, while Maritimo is a +1500 underdog.

A draw has odds of +600, dramatically more likely than a Maritimo victory.

The Over/Under line for the match is set at 3 goals, with some shading towards the under, as the Under has -130 odds while the Over has +100 odds.

There are some interesting combination bets to be made when examining the spread and the Over/Under line at the same time - there are limited options for results where Porto covers the spread but the Under also hits.

This looks like a very interesting match, despite the lopsided odds involved in it.

The Counter-Strike: Global Offensive world is full of different competitions, but one of the most consistent, especially during this pandemic, has been the Dreamhack Masters.

Today’s Dreamhack Masters EU matches are quite interesting for esports bettors, but one of them stands out from the rest.

This match is between Team Vitality and Ninjas in Pyjamas, more commonly known as NiP.

Vitality are moneyline favorites, with -195 odds to take the match outright, while NiP are +135 on the moneyline.

Counter-Strike spread betting applies a handicap of +/-1.5 to the match, which refers to the number of games won in the best of three series.

Basically, since the matches are played best of three, a -1.5 spread means that a bet on Vitality -1.5 is a bet that they will win 2-0.

Meanwhile, a bet on NiP +1.5 has a much larger range of outcomes - functionally, it is a bet that NiP will not lose 2-0.

Vitality -1.5 has +175 odds in this match, while NiP +1.5 has -240 odds. This reflects the fact that while Vitality is better than NiP, they aren’t regarded as so much better that a shutout seems inevitable.

This match looks to be a close, compelling affair, and that is why the odds on Vitality -1.5 are not particularly favorable.

The Over/Under, in CS:GO betting, refers to the number of games necessary in the best of three series in order to determine a victor.

In a best of three, there are only a few possible results: 2-1 and 2-0. The Over/Under line of 2.5 is basically a bet on whether the match will take 2 or 3 games to resolve.

The Australian National Rugby League is one of the leagues that has returned in the wake of the COVID-19 pandemic, and is one of the best rugby leagues in the world.

The one problem with the NRL for sports bettors in the USA is that the time zone difference means that the league’s games tend to air very early in the morning.

This is the reason behind the fact that today’s highlighted NRL game actually takes place at 5:50 a.m. EST on Wednesday.

The match is between Brisbane and Manly and looks to be a great one, but it’s important for many US-based sports bettors to get their bets in on it today, as it will likely be happening when they are still asleep.

Manly are notably favorites in the match, with -450 odds on the moneyline, while, for their part, Brisbane clock in with +350 moneyline odds.

The spread is similarly tilted towards Manly, who have a -12 spread, and the odds on both sides of the spread are an even -110.

The Over/Under for the game is set at 40, and the odds are evenly matched on both sides of that as well, with both the Over and the Under having -110 odds.

There are also some interesting prop bets and alternate lines on for this match. One alternate line worth highlighting puts the spread at Manly -6.5 instead of Manly -12.

One interesting prop bet is the number of total tries during the game. The Over/Under line for this bet is 6.5, and both the Over and the Under for total tries have -115 odds.

Overall, this is a great betting opportunity, and there are a lot of interesting prop bets on this match as well.