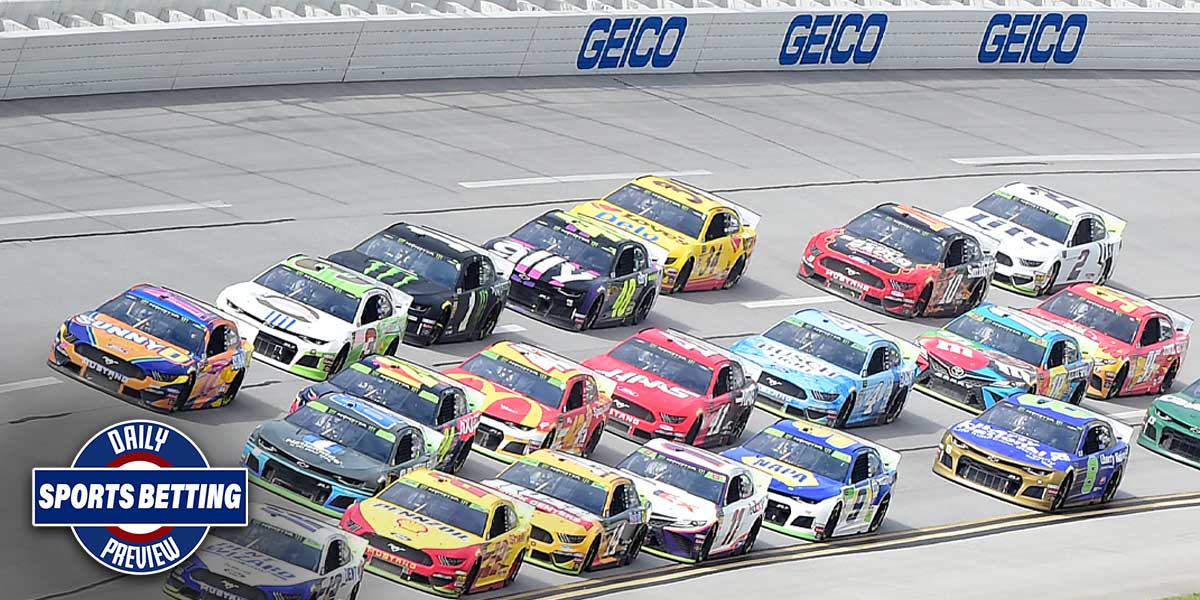 Today’s preview starts out with Spain’s Liga ACB, the premier basketball league in the country, as Real Madrid takes on Valencia.

Then, the Geico 500 at Talladega has been rescheduled for today due to weather, and the Preview takes a look at some head to head race betting.

Finally, in the world of esports, the Rainbow 6 European League brings a battle between G2 and Rouge to the table.

Overall, today looks like a great betting day, so let’s get started!

The Liga ACB is the top level of basketball competition in terms of the Spanish domestic scene. While the Euroleague is a more important, more prestigious competition, every Spanish team also wants to win the league.

Many of the teams in the league are teams that soccer bettors would recognize. This is because these famous soccer teams are actually large, multi-sport clubs, that operate in various sporting leagues across Spain.

The league takes the form of a round-robin competition, with all the teams playing each other twice.

However, due to COVID-19, the league was forced to go on pause, and return with the playoffs, which started on June 17th, 2020.

In today’s featured playoff game, the team of Real Madrid takes on Valencia, looking to advance out of Group B in the playoff system.

Madrid are notable favorites in this game, and are traditionally a powerhouse in the league. Their -369 odds dwarf Valencia’s +299 odds.

Madrid are 18-5 overall in the league, and occupy the second-place position. Valencia are 12-11, good for seventh in the league.

The teams have been on pause for a long time, and so an analysis of form might be pointless - but since the return, Valencia are 2-0, while Madrid are 1-1.

The game starts at 12:30 p.m. EST, and represents an interesting foreign opportunity that NBA bettors might want to take advantage of while waiting for the NBA to return.

The Geico 500 at Talladega, more commonly known as the Talladega 500, was postponed on Sunday due to poor weather.

This provides NASCAR bettors with a unique opportunity as far as betting goes - a great race on a Monday.

Much ink has been spilled over both the odds for the Geico 500 and the NASCAR controversies that have become central to the story of the race.

However, what has gone slightly under-analyzed are the head to head matchups between drivers, from a betting standpoint.

For this reason, the Preview is going to take a look at a couple high profile head to head matchups and see how they look from a bettors point of view.

It almost feels like the sportsbooks regard Kevin Harvick’s lead in the Cup Series as a fluke. Despite being first in the Cup Series, he was anything but first on the odds boards for this race, and is barely edging out 9th place Kyle Busch in this head to head.

Perhaps this is more revealing of the fact that the top echelon of NASCAR talent tends to be relatively equal on a per-race basis.

Regardless, Harvick does still hold on to a slim lead in this head to head, with -125 odds compared to Busch’s -105.

This gives a little more weight to the amount of disrespect that the sportsbooks put on the current Cup Series leader.

Elliott is just behind Harvick in the Cup Series, but drastically outdoes him on the sportsbooks, with a commanding lead as far as the odds go.

Elliott’s -150 odds are pretty significant - those are the same odds that the sportsbooks give Brad Keselowski in his matchup against Alex Bowman.

This is a large gap in odds, and it is definitely worth taking note of as far as NASCAR betting goes.

The world of esports provides another gem of a betting opportunity in the form of the Rainbow Six European League.

Rainbow Six is an esport that is organized similarly to games like Counter-Strike and Call of Duty.

Rainbow Six: Siege is the newest title in the game series, and the source of many esports dreams.

The Rainbow Six scene was recently reorganized, and today is the first day of competition in the newly established leagues.

This is stage one of the season, so there’s a lot more action to come as far as Rainbow Six: Siege betting goes.

There are several matches today, and all of them are unique betting opportunities due to the fact that the competition just started.

The Preview, however, focuses on one of the better matchups of the day as G2 takes on Rogue.

G2 is only slightly unfavored in this matchup, with EVEN odds at many of the major online sportsbooks.

Rogue, for their part, clocks in with -135 odds, making them a favorite of moderate proportions.

There’s not a lot to go on as far as team form, given that today is actually the first day of the Rainbow 6 Stage 1 competition.

Overall, however, this Rainbow Six: Siege esports betting opportunity should be an interesting one.