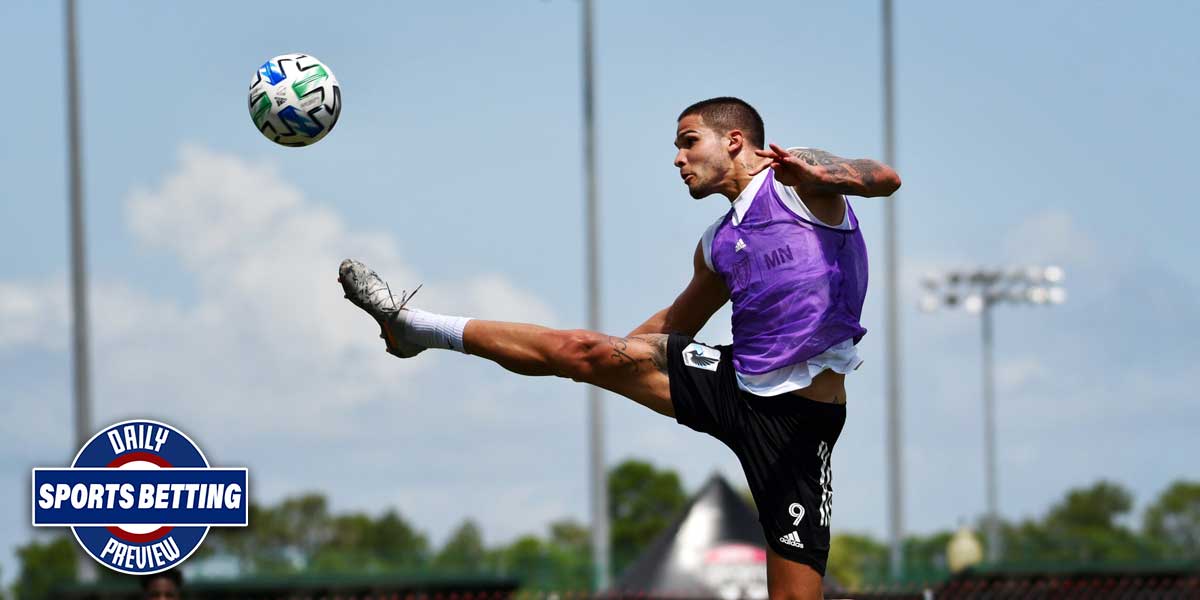 LAS VEGAS - Welcome to today’s edition of the Daily Sports Betting Preview, where some of the best sports betting opportunities are discussed on a daily basis.

Today’s Preview starts out with an examination of the MLS’ return, and today’s matches in the tournament.

Then, the Preview takes a look at tonight’s boxing offerings, which should be a great time.

Finally, New Zealand’s basketball league caught the eye of the Preview, and that’s the last sport on the docket today.

Overall, there’s a lot to talk about, so let’s get started!

The MLS returned on July 9th, which brought soccer betting back to the United States. The MLS has returned, however, in a new form.

Instead of a regular season followed by playoff games, the MLS instead is orchestrating itself as a World Cup-style tournament.

This means that there are a few games a day, in what is known as the group stages. The top group teams will then move on to bracket play.

Today’s featured match is between New York City FC and Orlando FC. Orlando would have the home field advantage, given the tournament is being held there, but there are no fans allowed at the games yet.

Let’s check out the odds!

The odds seem to indicate that NYCFC is significantly favored in the matchup, but not favored enough to be an outright favorite.

A draw has +250 odds on the moneyline, while Orlando has +220 moneyline odds, meaning that Orlando is only slightly more likely to win than force a draw.

In other words, the sportsbooks think that NYCFC is the better of the two teams, but not by a whole lot.

Boxing has returned to the airwaves, mostly in the form of Top Rank’s cards that are aired on ESPN.

Tonight’s fight between Helen Joseph and Mikaela Mayer was one that was supposed to happen over a month ago.

However, at that time, Mayer was forced to withdraw from the fight due to testing positive for COVID-19.

Now, it seems, she has recovered enough to face off against Joseph, and, according to the online sportsbooks, maybe even win the bout.

The odds suggest that Mayer is the favorite here - not only has she not lost a bout, Joseph seems like an opponent that could be threatening, but ultimately will not be.

The sportsbooks certainly think that Mayer is a favorite, giving her -800 odds to win this fight, while Joseph is a fairly significant +580 underdog.

There have been more lopsided odds on various Top Rank fights before, but that doesn’t mean these odds are even in any way.

The NBA is still a few weeks away, and with stars such as Russell Westbrook coming down with COVID-19, things still seem up in the air.

Basketball bettors can get their fix in Australia and New Zealand’s basketball league, the NBL. The games come on at an extremely early hour, so bettors should make sure to get their bets in today, because it’s pretty unlikely that Americans will be awake for them.

The highlighted match for the NBL section of this Preview is between the Manawatu Jets and the Canterbury Rams.

Let’s take a look at the moneyline, then the spread.

The moneyline suggests that the Jets are significant favorites, with their -201 odds edging out the Rams +171 odds by a large margin.

The spread suggests a similar margin.

The spread for the game is +/- 4 points, although it is worth noting that there has been some handicapping on this spread.

Overall, this looks to be a compelling basketball betting opportunity, but again, it comes on very early in the morning - 1:30 a.m EST.