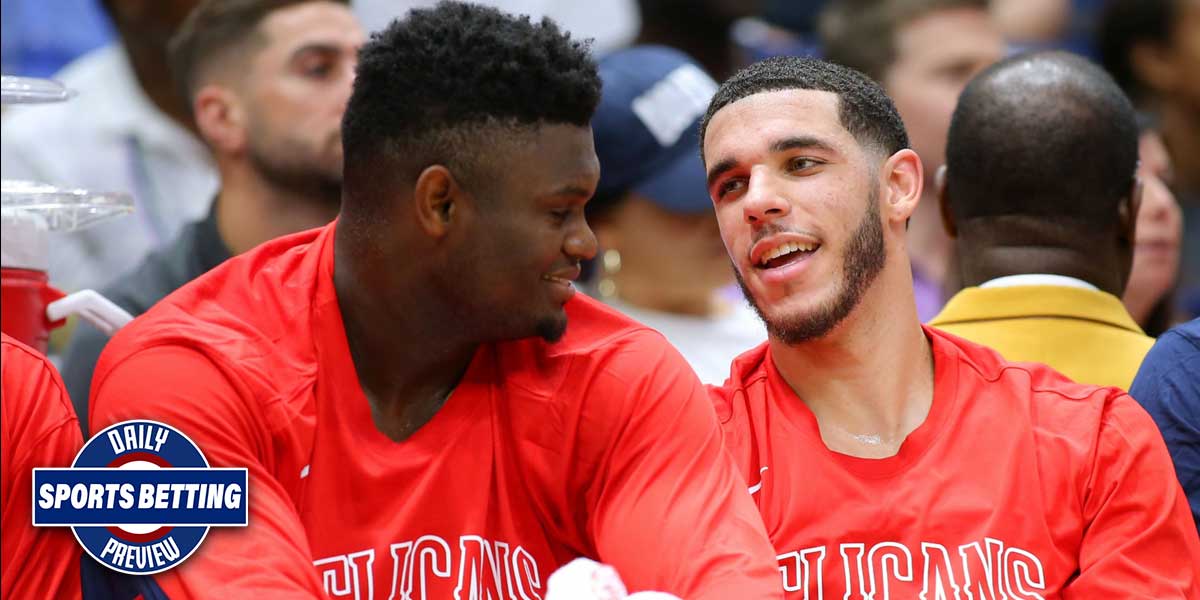 LAS VEGAS - Saturday is the day when the Daily Sports Betting Preview can ramp up into high gear. The MLB started about a week ago, the NBA started two days ago, and the NHL is back as well on Saturday as well.

In celebration, this column will be covering each of the three major sporting leagues, now that they are back in season.

Many teams in Major League Baseball are suffering from outbreaks of COVID-19, and having games canceled due to this.

As of right now, the Miami Marlins, Philadelphia Phillies and St. Louis Cardinals are all in COVID limbo, functionally speaking.

Their planned opponents are similarly out of luck - they have nobody to play against.

With that as the backdrop, there are still some great games for MLB bettors to wager on today.

The Houston Astros, apparently undeterred by their famous cheating scandal, still appear to be a good team, at least as far as the early results and the sportsbooks seem to go.

The Angles are using this year to try to get over the hump - they’ve had Mike Trout, the best player in baseball, for years now, and haven’t managed to capitalize on his talents.

The Angels hope that the addition of Anthony Rendon to the lineup could be just the boost they need.

However, in this game, the feared hitters have to face down Astros ace pitcher Zach Grienke.

When that is combined with the good performance of the Astros so far this season, MLB bettors might not be surprised to see the odds where they are.

The NBA is back, and there’s an interesting spread on the Lakers/Raptors game tonight.

It should go without saying that the Clippers are a far better team than the Toronto Raptors. The Clippers were down some players, but both of their stars played in that game.

The Lakers ended up winning that game by a score of 103-101. In other words, they won the game but did not cover that spread.

Perhaps Lakers bettors have learned from this?

Look, you don’t have to be a basketball expert to know that something isn’t exactly right here. The Raptors should not have a shorter spread than the Clippers did.

It is possible that the Lakers/Clippers line was a one-time thing, driven by the excitement of the moment, and the popularity of the Lakers. For those that want to avoid the wonkiness of Lakers spreads, the moneyline could be enticing.

The Lakers are -165 on the moneyline to take the win here, while the Raptors have +145 odds to pull off the upset.

NBA bettors should be paying close attention to each game - there’s not a lot of information on what teams might look like after this much time off, so learning from each game is important.

The NHL’s reopening day is today, and with that, the major sportsbooks are fully into their recovery.

WIth the NHL, the MLB and the NBA all running concurrently, things seem bright for the future of sports betting.

The NHL’s tournament structure provides so many interesting ways to wager on NHL games, of all different types.

To start with, the teams are split into multiple groups, by conference, and then by record. The top four teams in each conference play in a round-robin for playoff seeding, while the bottom eight teams compete in a bracket to advance into the playoffs.

Let’s take a look at one of the games on the schedule today.

The Edmonton Oilers are favored in this matchup, with -150 odds to win it, while the Chicago Blackhawks have +130 odds as the underdogs.

Let’s take a look at the puck line, for the first time in actual months. Feels great, right?

NHL fans will surely be excited by the prospect of betting on hockey again, and they are in luck - this game is one of four great ones that will be broadcast.